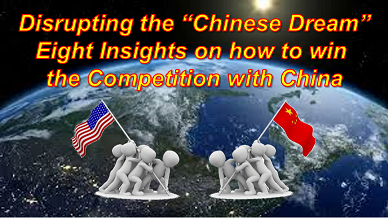 [Editor’s Note: The U.S. Army’s current operating concept states:  “China possesses the vision and strategic depth to become the U.S.’s most powerful competitor in time. Unlike Russia, China has the economy and technological base, such as an independent

microelectronics industry and world-leading artificial intelligence development process, sufficient to overtake current Russian system overmatch in the next 10-15 years. China is rapidly building a world class military intended to project power globally. In the future, China will become the conceptual pacing threat for the Joint Force. The risk associated with this assumption will be continuously assessed to ensure the ability to adapt conceptually should China accelerate its capability development.” — TP 525-3-1, The U.S. Army in Multi-Domain Operations 2028, 6 December 2018, p. 7

Today’s post captures eight key insights regarding our on-going competition with the People’s Republic of China (PRC),  as gleaned from a senior leader session hosted by the U.S. Army Training and Doctrine Command (TRADOC).  Read on to learn about the implications of this competition for the United States and the U.S. Army! (Please review this post via a non-DoD network in order to access all of the embedded links — Thank you!)] 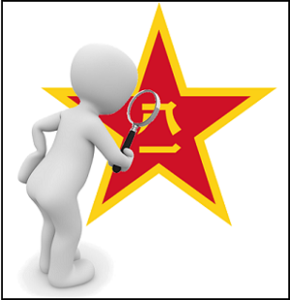 The United States needs to take a broader approach to understanding our on-going competition with China. We must avoid solely focusing on the People’s Liberation Army (PLA) materiel modernization and instead take a holistic view of Chinese military capabilities, to include their efforts to modernize their military organizations, doctrine, and training. Just as important, we must also seek to understand the non-military components of the PRC’s drive to achieve power, which aims to develop a level of international hegemony in a number of different fronts. To that end, the U.S. Army Training and Doctrine Command hosted a senior leader session to explore multiple aspects of Chinese global competition. Here is what we learned:

1. China is modernizing its military force with the intention of becoming a superpower by 2049. Although only a portion of its force is able to undergo modernization at a time, it is estimated that the United States and the U.S. Army now has a relatively narrow window of time to prepare for a more capable Chinese military. China understands that force modernization will entail a long-term, multigenerational, and iterative effort. The country is dedicated to leveraging its advantage in national civil-military fusion to capitalize on what it views as a period of strategic opportunity.  Although 2049 is its long-term goal, the PLA is improving its professional military education and training and adding new, sophisticated capabilities this decade.

Explore this topic further in these related posts:
China: Our Emergent Pacing Threat; A Chinese Perspective on Future Urban Unmanned Operations; Insights from the Robotics and Autonomy Series of Virtual Events; China: “New Concepts” in Unmanned Combat and Cyber and Electronic Warfare; The PLA: Close Combat in the Information Age and the “Blade of Victory”; and “Intelligentization” and a Chinese Vision of Future War

2. China’s structure – a “triple helix” coordinating efforts among government, academia, and the commercial sphere – enables a true whole-of-nation approach. Whether in non-kinetic engagements, or if forced into armed conflict, China will be able to leverage military, political, diplomatic, financial, economic, and civilian support in all domains. Coordination among these spheres is also useful in the development of dual-use technologies. For instance, the majority of bioscience technologies are regarded as experimental – which in China’s system, allows their potential uptake into a variety of practical applications. This, coupled with China’s tech readiness timeline of 40-48 months, allows significant outpacing of the U.S. (given a U.S. optimal Technology Readiness Level [TRL] timeline of 60 months).

3. China is building its non-kinetic capabilities. Chinese military leadership is cautious about engaging in kinetic warfare and is hoping to prevent U.S. retaliation by remaining below the threshold for conflict. However, the Chinese military is also developing a Joint Force in all domains to be ready, should the country be pushed into an armed engagement. This development will require a reconfiguration of units and forces, as the PLA is currently unbalanced in size and structure.

Explore this topic further in these related posts:
Dr. Russell Glenn‘s Sub-threshold Maneuver and the Flanking of U.S. National Security and associated paper; The Convergence: Disinformation, Revisionism, and China with Doowan Lee and associated podcast; The Convergence: Hybrid Threats and Liminal Warfare with Dr. David Kilcullen and the associated podcast; the content and video from our Operational Environment and Conflict Over the Next Decade webinar; Competition in 2035: Anticipating Chinese Exploitation of Operational Environments; Insights from the Mad Scientist Weaponized Information Series of Virtual Events; Dr. Giordano‘s (et al.) Emerging Technologies as Threats in Non-Kinetic Engagements; and Blurring Lines Between Competition and Conflict; 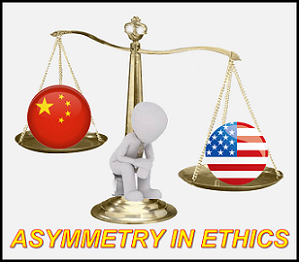 4. Asymmetric ethical standards grant China an advantage in Science and Technology (S&T) development. China perceives itself as an old culture with differing needs and values from the West, in which ethical standards in research are regarded as “flexible,” and may appear “lax” by Western standards. This mindset, along with robust research funding, attracts international talent, impacts S&T development (commercial and military) timelines, and fortifies China’s capability in economic, biomedical, and political spheres of influence and power.

Explore this topic further in these related posts:
Ethics, Morals, and Legal Implications; Ethical Dilemmas of Future Warfare; The Ethics and the Future of War panel discussion [access the video via a non-DoD network], facilitated by LTG Jim Dubik (USA-Ret.); Insights from the Robotics and Autonomy Series of Virtual Events; Dr. James Giordano’s (et al.) China’s Brain Trust: Will the U.S. Have the Nerve to Compete?; GEN Z and the OE: 2020 Final Findings; and BrAIn Gain > BrAIn Drain: Strategic Competition for Intellect 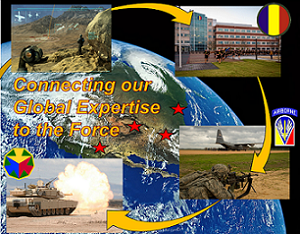 5. The United States continues to maintain an advantage in military education and leadership development. The Chinese professional Non-Commissioned Officer (NCO) Corps was introduced only in 1999. Comparatively, the U.S. NCO Corps has been operating for over 100 years, compiling a lifetime of experience, lessons learned, and institutional knowledge. While all Chinese officers graduate from a military academy, the quality of education is less robust than that received in the United States, leaving officers with fewer leadership skills and less experience than their U.S. counterparts. Chinese personnel are also grappling with the conflicting guidance of Confucianism, which introduces complications within the officer, NCO, and enlisted hierarchy. Nevertheless, China has recognized its shortfalls in leader development, training, and professional military education, and has been working diligently to improve in this sphere.

Explore this topic further in these related posts:
New Skills Required to Compete & Win in the Future Operational Environment; The Convergence: Reading and Leading in the Future with Joe Byerly and associated podcast; The Convergence: The Future of Talent and Soldiers with MAJ Delaney Brown, CPT Jay Long, and 1LT Richard Kuzma and associated podcast; MAJ Cynthia Dehne‘s Critical Thinking: The Neglected Skill Required to Win Future Conflicts; and U.S. Demographics, 2020-2028: Serving Generations and Service Propensity 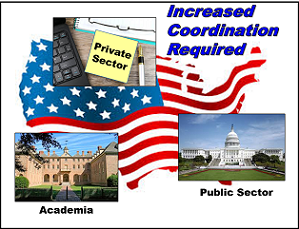 6. The United States does not have a comparable triple helix approach. The importance of commercial and economic power in competition and conflict cannot be overlooked. By integrating efforts across domains and civil-military boundaries, China builds its strength relative to the United States. To ensure its continued advantage and success, the United States should look to engaging both intragovernmental cooperation, and a whole-of-nation approach to increase coordination between the public sector, private sector, and academia. 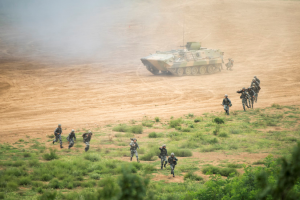 7. U.S. Soldiers need to become better educated regarding the PLA. If the Army accrues and disseminates knowledge about the PLA to the entire U.S. force, Soldiers will be better prepared to understand and engage in a potential conflict. This effort could mirror the military education programs that the U.S. executed for its Soldiers regarding the Soviet Union in the 1970s. 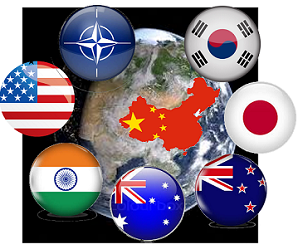 8. Reinforcing our relationships with partners and allies and seeking to understand how China views and engages with them could provide us with strategic advantage. Recent postures of US isolationism have threatened allegiances with global allies. This has not gone unrecognized – or perhaps unattended by China. Strengthening partnerships with other nations will allow the United States to remain engaged in the global world order and maintain awareness of Chinese diplomacy and international norm-shaping. Understanding the extent of our own partnerships compared to those of China will be essential to operating in a new great power competition.

Conclusion:  China’s rise in power is not being led by the military, but by other forms of national power, making our policy objectives and actions much more complex than leading with the military on our side. This is a major difference from the Soviet threat during the Cold War.  China is playing the long game in terms of developing military capabilities and international power. Their progress will be generational and iterative, and will focus on developing capabilities below the threshold for U.S. kinetic response. But the result of these reforms means the PLA will continue to grow in capability and effectiveness through 2028, and then on through 2049.

In order to compete or engage cooperatively with China, it will be essential for the United States, and for the U.S. Army in particular, to build upon its understanding of Chinese military-civil whole-of-nation operations. By educating U.S. forces, strengthening relationships with allies, capitalizing on its strategic advantage in Soldier training, and creating streamlined cross-agency coordination, the United States can better prepare a whole-of-government approach to engaging with China.

>>> REMINDER 1:  Our Mad Scientist Writing Contest on Competition, Crisis, Conflict, and Change seeks to crowdsource the intellect of the Nation (i.e., You!) regarding:

Review the submission guidelines on our contest flyer, then get cracking brainstorming and crafting your innovative and insightful visions — you’ve got less than three weeks left — deadline for submission is 15 March 2021!!!

>>> REMINDER 2:  Mad Scientist facilitated our Competition and Conflict in the Next Decade webinar this past Tuesday — if you missed it, no worries!  Access our presenter biographies and slide decks here, watch the entire video of the event here [access via a non-DoD network], and stay tuned for next Monday’s Mad Scientist Laboratory blog post which will highlight the key insights gleaned from our informative panelists — Cheers!

Click here [via a non-DoD network] to register for Climate Change – Threats, Resilience, and Adaptation, Mad Scientist’s next webinar on Tuesday, 13 April 2021 (starting at 1430 EDT)

Check out An Eye for a Storm: Imagining the Future of Professional Military Education and Its Effect on the ADF of Tomorrow by proclaimed Mad Scientists August Cole and P.W. Singer, hosted by our colleagues and partners at the Australian Defence College‘s The Forge