[Editor’s Note: Mad Scientist Laboratory is pleased to publish today’s guest blog post by Ms. Cindy Hurst, addressing China’s continued drive for dominance regarding innovative technologies.  The asymmetry in ethics existing between their benign and altruistic publicly stated policies and their whole-of-government commitment to modernization and the development of disruptive technologies will remain a key component of multi-domain competition.]

One of China’s most important initiatives is to become an innovative society — but at what cost? In February, the Center for New American Security published a paper, entitled Understanding China’s AI Strategy: Clues to Chinese Strategic Thinking on Artificial Intelligence and National Security. Its author, Gregory Allen, explains that the Chinese government sees Artificial Intelligence (AI) as a “high strategic priority” and is therefore devoting resources “to cultivate AI expertise and strategic thinking among its national security community.” He further urges careful tracking of China’s progress in AI. 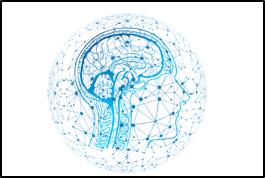 Indeed, it would behoove the West to stay abreast of what China is doing in the areas of AI, and not just militarily, but in all areas since there is a clear overlap of civilian and military applications. According to countless official statements, publications, and strategic plans, such as the 13th Five-Year National Science and Technology Innovation Plan, China has placed great emphasis on developing AI, along with other cutting edge technologies, which it views as “majorly influential disruptive technologies” that are capable of altering “the structure of science and technology, the economy, society, and the ecology, to win a competitive advantage in the new round of industry transformation.” 1 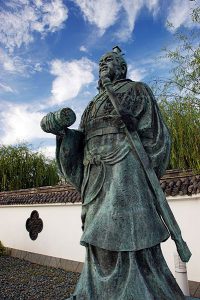 “Know your enemy and know yourself and in 100 battles you will not be in peril” is one of the key principles of Sun Tzu. The compelling reasons for China’s goals to become a strong global force can easily be explained by understanding its past history and ancient strategies, which are still studied today. The Middle Kingdom had been touted as having once been a seafaring power with a past of contributing world-class innovation at different points over its 5,000 year history. More recently, during the 19th and 20th centuries, China endured what it refers to as the “century of humiliation” — a period in which it was carved up by Western forces during the Opium Wars and then pummeled by Japanese forces in the 1930s. 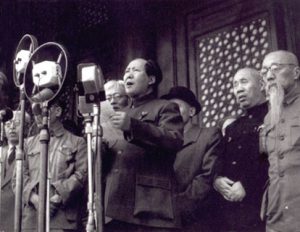 After the Communist Party’s defeat of the Kuomintang, who retreated to Taiwan, Communist Party Chairman Mao Zedong proclaimed the establishment of the People’s Republic of China in 1949. Since then, the country has vowed to never again be vulnerable to outside forces. They would press forward, making their own path, suffering bumps and bruises along the way. However, it was the United States’ crushing defeat of Iraqi forces during the Persian Gulf War in 1991 that served as the real wakeup call that China lagged far behind Western forces in military capabilities. Since then, generals working at the Academy of Military Science in Beijing and others have studied every aspect of the U.S. revolution in military affairs, including advances in microprocessors, sensors, communication, and Joint operations.2

In its efforts to try to make some headway in technology, China has been accused of stealing massive amounts of foreign intellectual property over the past few decades. Their methodology has included acquisition and reverse engineering, participating in joint ventures sharing research and development, spying, and hacking into government and corporate computer systems. According to a report by CNBC, one in five North American-based corporations on the CNBC Global CFO Council claimed that Chinese companies had stolen their intellectual property within the last year.3 Such thefts and acquisitions make it easier for China to catch up on technology at a low-cost. While the United States spends billions of dollars in research and development, China also benefits without having to expend similar amounts of capital. 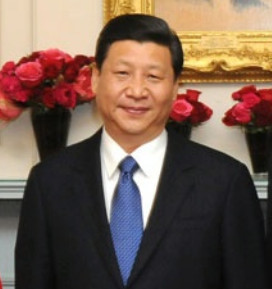 Artificial intelligence, quantum information, and Internet of Things are three examples of disruptive technologies shaping the future and in which China aspires to one day have a large or controlling stake. In his speech delivered at the 19th National Congress of the Communist Party of China in October 2017, President Xi Jinping stated that “innovation is the primary driving force behind development” and “it is the strategic underpinning for building a modernized economy.”4

However, while Xi and other Chinese officials outwardly push for international cooperation in AI technology, their efforts and methods have raised concern among some analysts. China openly promotes international cooperation in research and development. However, one might consider possible alternative intentions in trying to push for international cooperation. For example, in Allen’s article, he explains that Fu Ying, the Vice-Chair of the Foreign Affairs Committee of the National People’s Congress had stated that “we should cooperate to preemptively prevent the threat of AI.” Fu further said that China was interested in “playing a leading role in creating norms to mitigate” the risks. A PLA think-tank scholar reportedly expressed support for “mechanisms that are similar to arms control.”5 How sincere are the Chinese in this sentiment? Should it join forces with foreign states to come up with control mechanisms, would China abide by these mechanisms or act in secret, continuing their forward momentum to gain the edge? 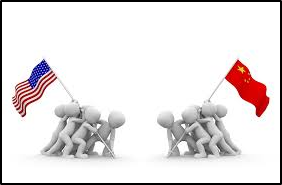 After all, if both China and the United States, for example, ended up on an even playing field, it would run counter to China’s objectives, if one subscribes to the concept as outlined by Michael Pillsbury in his book, The Hundred-Year Marathon: China’s Secret Strategy to Replace America as the Global Superpower.

While China’s spoken objectives might be sincere, it is prudent to continually review a few of the ancient strategies/stratagems developed during the warring states period, still studied in China today and applied. Some examples include:

1. Cross the sea without the emperor’s knowledge: Hide your true intentions by using the ruse of fake intentions… until you achieve your real intentions.

2. Kill with a borrowed sword: Use the enemy’s strength against them or the strength of another to conquer your enemy.

3. Hide a dagger behind a smile: charm and ingratiate your enemy until you have gained his trust… and then move against him in secret. 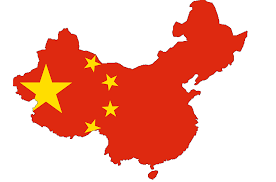 In his article, Allen cites a recent Artificial Intelligence Security White Paper, written by “an influential Chinese government think tank,” calling upon China’s government to “avoid Artificial Intelligence arms races among countries” adding that China will “deepen international cooperation on AI laws and regulations, international rules, and so on…” However, as Allen points out, “China’s behavior of aggressively developing, utilizing, and exporting increasingly autonomous robotic weapons and surveillance AI technology runs counter to the country’s stated goals of avoiding an AI arms race.” China may have good intentions. However, its opaque nature breeds skepticism.

Another interesting point to expand upon and that Allen touched upon in his article are the effects of disruptive technologies on societies. According to a Chinese think tank scholar, “China believes that the United States is likely to spend too much to maintain and upgrade mature systems and underinvest in disruptive new systems that make America’s existing sources of advantage vulnerable and obsolete…” When considering the Chinese stratagem, “Sacrifice the plum tree to preserve the peach tree,” it is easy to argue that China will not be easily swayed from developing disruptive technologies, despite possible repercussions and damaging effects. For example, the development of autonomous systems results in unemployment and a steep learning curve. It is inherent in Chinese culture to sacrifice short-term objectives in order to obtain long-term goals. Sustaining initial, short-term repercussions are necessary before China can achieve some of its long-term production goals. Allen explains, “modernization is a top priority, and there is a general understanding that many of its current platforms and approaches are obsolete and must be replaced regardless.”

Particularly intriguing in Allen’s article is his discussion of SenseTime, which is a “world leader in computer vision AI.” The author states that “China’s government and leadership is enthusiastic about using AI for surveillance.” He goes on to say that one Chinese scholar had told him that he “looks forward to a world in AI” in which it will be “impossible to commit a crime without being caught.” While this may seem like an ideal scenario, given the technology is put into the hands of a level-headed and fair law enforcement agency; should it be turned over to an authoritarian dictatorship, such a technology could prove to be disastrous to private citizens. Government control and scare tactics could further suppress their citizens’ basic rights and freedoms. 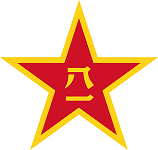 In conclusion, while China openly pushes the concept of its modernization efforts as a win-win, peaceful development strategy — a careful study of Chinese strategies that have been around for millennia may point to a different scenario, bringing skepticism into the equation. It would be easy to fall prey to an ideology that preaches peace, mutual development, and mutual respect. However, it is important to ask the following two questions: “Is this real?” and “What, if anything, are their ulterior motives?”

– Quantum Surprise on the Battlefield?

Cindy Hurst is a research analyst under contract for the Foreign Military Studies Office, Fort Leavenworth, Kansas. Her focus has been primarily on China, with a recent emphasis on research and development, China’s global expansion efforts, and Chinese military strategy. She has published nearly three dozen major papers and countless articles in a variety of journals, magazines, and online venues.

Disclaimer:  The views expressed in this article are Ms. Hurst’s alone and do not imply endorsement by the U.S. Army Training and Doctrine Command, the U.S. Army, the Department of Defense, or the U.S. Government.  This piece is meant to be thought-provoking and does not reflect the current position of the U.S. Army.

4 Xi Jinping, “Secure a Decisive Victory in Building a Moderately Prosperous Society in All Respects and Strive for the Great Success of Socialism with Chinese Characteristics for a New Era,” Transcript of speech delivered at the 19th National Congress of the communist Party of China, 18 October 2017.