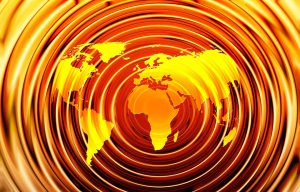 Dr. Giordano’s and CAPT Bremseth’s post is especially relevant, given the publication earlier this month of TRADOC Pamphlet 525-3-1, U.S. Army in Multi-Domain Operations 2028, and its solution to the “problem of layered standoff,” namely “the rapid and continuous integration of all domains of warfare to deter and prevail as we compete short of armed conflict; penetrate and dis-integrate enemy anti-access and area denial systems; exploit the resulting freedom of maneuver to defeat enemy systems, formations and objectives and to achieve our own strategic objectives; and consolidate gains to force a return to competition on terms more favorable to the U.S., our allies and partners.”] 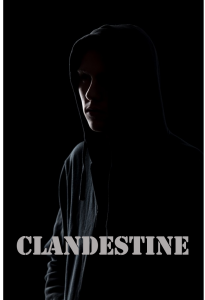 Political and military actions directed at adversely impacting or defeating an opponent often entail clandestine operations which can be articulated across a spectrum that ranges from overt warfare to subtle “engagements.” Routinely, the United States, along with its allies (and adversaries), has employed clandestine tactics and operations across the kinetic and non-kinetic domains of warfare. Arguably, the execution of clandestine kinetic operations is employed more readily as these collective activities often occur after the initiation of conflict (i.e., “Right of Bang”), and their effects may be observed (to various degrees) and/or measured. Given that clandestine non-kinetic activities are less visible and insidious, they may be particularly (or more) effective because often they are unrecognized and occur “Left of Bang.” Other nations, especially adversaries, understand the relative economy of force that non-kinetic engagements enable and increasingly are focused upon developing and articulating advanced methods for operations. 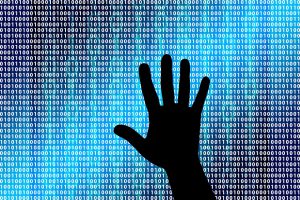 Much has been written about the fog of war. Non-kinetic engagements can create unique uncertainties prior to and/or outside of traditional warfare, precisely because they have qualitatively and quantitatively “fuzzy boundaries” as blatant acts of war. The “intentionally induced ambiguity” of non-kinetic engagements can establish plus-sum advantages for the executor(s) and zero-sum dilemmas for the target(s). For example, a limited scale non-kinetic action, which exerts demonstrably significant effects but does not meet defined criteria for an act of war, places the targeted recipient(s) at a disadvantage:  First, in that the criteria for response (and proportionality) are vague and therefore any response could be seen as questionable; and second, in that if the targeted recipient(s) responds with bellicose action(s), there is considerable likelihood that they may be viewed as (or provoked to be) the aggressor(s) (and therefore susceptible to some form of retribution that may be regarded as sanctionable). 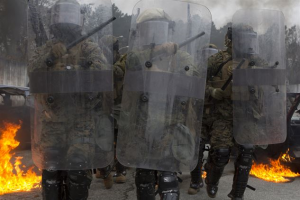 Non-kinetic engagements are best employed to incur disruptive effects in and across various dimensions of effect (e.g., biological, psychological, social) that can lead to intermediate to long-term destructive manifestations (in a number of possible domains, ranging from the economic to the geo-political). The latent disruptive and destructive effects should be framed and regarded as “Grand Strategy” approaches that evoke outcomes in a “long engagement/long war” context rather than merely in more short-term tactical situations.1 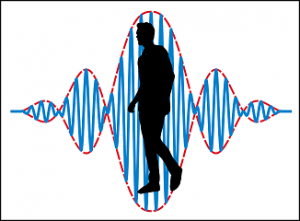 Thus, non-kinetic operations must be seen and regarded as “tools of mass disruption,” incurring “rippling results” that can evoke both direct and indirect de-stabilizing effects. These effects can occur and spread:  1) from the cellular (e.g., affecting physiological function of a targeted individual) to the socio-political scales (e.g., to manifest effects in response to threats, burdens and harms incurred by individual and/or groups); and 2) from the personal (e.g., affecting a specific individual or particular group of individuals) to the public dimensions in effect and outcome (e.g., by incurring broad scale reactions and responses to key non-kinetic events).2

Given the increasing global stature, capabilities, and postures of Asian nations, it becomes increasingly important to pay attention to aspects of classical Eastern thought (e.g., Sun Tzu) relevant to bellicose engagement. Of equal importance is the recognition of various nations’ dedicated enterprises in developing methods of non-kinetic operations (e.g., China; Russia), and to understand that such endeavors may not comport with the ethical systems, principles, and restrictions adhered to by the United States and its allies.3, 4

These differing ethical standards and practices, if and when coupled to states’ highly centralized abilities to coordinate and to synchronize activity of the so-called “triple helix” of government, academia, and the commercial sector, can create synergistic force-multiplying effects to mobilize resources and services that can be non-kinetically engaged.5 Thus, these states can target and exploit the seams and vulnerabilities in other nations that do not have similarly aligned, multi-domain, coordinating capabilities.

Increasingly, emerging technologies are being leveraged as threats for such non-kinetic engagements. While the threat of radiological, nuclear, and (high yield) explosive technologies have been and remain generally well surveilled and controlled to date, new and convergent innovations in the chemical, biological, cyber sciences, and engineering are yielding tools and methods that currently are not completely, or effectively addressed. An overview of these emerging technologies is provided in Table 1 below. 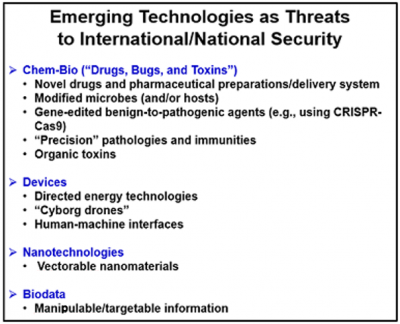 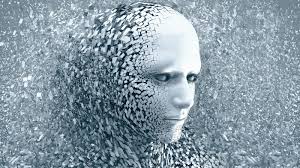 Of key interest are the present viability and current potential value of the brain sciences to be engaged in these ways.6, 7, 8 The brain sciences entail and obtain new technologies that can be applied to affect chemical and biological systems in both kinetic (e.g., chemical and biological ‘warfare’ but in ways that may sidestep definition – and governance – by existing treaties and conventions such as the Biological Toxins and Weapons Convention (BTWC), and Chemical Weapons Convention (CWC), and/or non-kinetic ways (which fall outside of, and therefore are not explicitly constrained by, the scope and auspices of the BTWC or CWC).9, 10 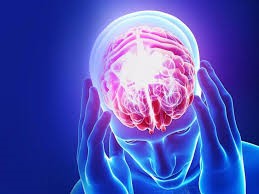 As recent incidents (e.g., “Havana Syndrome”; use of novichok; infiltration of foreign-produced synthetic opioids to US markets) have demonstrated, the brain sciences and technologies have utility to affect “minds and hearts” in (kinetic and non-kinetic) ways that elicit biological, psychological, socio-economic, and political effects which can be clandestine, covert, or attributional, and which evoke multi-dimensional ripple effects in particular contexts (as previously discussed). Moreover, apropos current events, the use of gene editing technologies and techniques to modify existing microorganisms11, 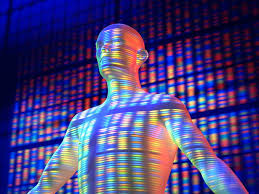 and/or selectively alter human susceptibility to disease12 , reveal the ongoing and iterative multi-national interest in and considered weaponizable use(s) of emerging biotechnologies as instruments to incur “precision pathologies” and “immaculate destruction” of selected targets.

Toward Address, Mitigation, and Prevention

Without philosophical understanding of and technical insight into the ways that non-kinetic engagements entail and affect civilian, political, and military domains, the coordinated assessment and response to any such engagement(s) becomes procedurally complicated and politically difficult. Therefore, we advocate and propose increasingly dedicated efforts to enable sustained, successful surveillance, assessment, mitigation, and prevention of the development and use of Emerging Technologies as Threats (ETT) to national security. We posit that implementing these goals will require coordinated focal activities to:  1) increase awareness of emerging technologies that can be utilized as non-kinetic threats; 2) quantify the likelihood and extent of threat(s) posed; 3) counter identified threats; and 4) prevent or delay adversarial development of future threats. 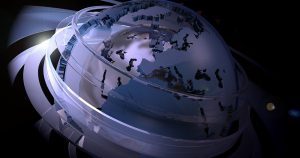 Further, we opine that a coordinated enterprise of this magnitude will necessitate a Whole of Nations approach so as to mobilize the organizations, resources, and personnel required to meet other nations’ synergistic triple helix capabilities to develop and non-kinetically engage ETT.

Utilizing this approach will necessitate establishment of:

1. An office (or network of offices) to coordinate academic and governmental research centers to study and to evaluate current and near-future non-kinetic threats.

2. Methods to qualitatively and quantitatively identify threats and the potential timeline and extent of their development.

3. A variety of means for protecting the United States and allied interests from these emerging threats.

4. Computational approaches to create and to support analytic assessments of threats across a wide range of emerging technologies that are leverageable and afford purchase in non-kinetic engagements.

In light of other nations’ activities in this domain, we view the non-kinetic deployment of emerging technologies as a clear, present, and viable future threat. Therefore, as we have stated in the past13, 14, 15 , and unapologetically re-iterate here, it is not a question of if such methods will be utilized but rather questions of when, to what extent, and by which group(s), and most importantly, if the United States and its allies will be prepared for these threats when they are rendered.

War and the Human Brain podcast, posted by our colleagues at Modern War Institute on 24 July 2018.

Neurotechnology in National Security and Defense from the Mad Scientist Visioning Multi-Domain Battle in 2030-2050 Conference, co-hosted by Georgetown University in Washington, D.C., on 25-26 July 2017.

Brain Science from Bench to Battlefield: The Realities – and Risks – of Neuroweapons from Lawrence Livermore National Laboratory’s Center for Global Security Research (CGSR), on 12 June 2017.

Mad Scientist James Giordano, PhD, is Professor of Neurology and Biochemistry, Chief of the Neuroethics Studies Program, and Co-Director of the O’Neill-Pellegrino Program in Brain Science and Global Law and Policy at Georgetown University Medical Center. He also currently serves as Senior Biosciences and Biotechnology Advisor for CSCI, Springfield, VA, and has served as Senior Science Advisory Fellow of the Strategic Multilayer Assessment Group of the Joint Staff of the Pentagon.

This blog is adapted with permission from a whitepaper by the authors submitted to the Strategic Multilayer Assessment Group/Joint Staff Pentagon, and from a manuscript currently in review at HDIAC Journal. The opinions expressed in this piece are those of the authors, and do not necessarily reflect those of the United States Department of Defense, and/or the organizations with which the authors are involved.

5 Etzkowitz H, Leydesdorff L. The dynamics of innovation: From national systems and “Mode 2” to a Triple Helix of university-industry-government relations. Research Policy, 29: 109-123 (2000).

6 Forsythe C, Giordano J. On the need for neurotechnology in the national intelligence and defense agenda: Scope and trajectory. Synesis: A Journal of Science, Technology, Ethics and Policy 2(1): T5-8 (2011).