[Editor’s Note: The U.S. Army’s Mad Scientist Initiative launched its Are We Doing Enough, Fast Enough? series of monthly virtual events in January to explore our adversaries’ views on Competition, Crisis, Conflict, and Change.  Last Tuesday, 23 February 2021, we facilitated the latest event in this on-going series — Competition and Conflict in the Next Decade — with the following panel of subject matter experts:

Today’s post captures the key insights gleaned from this insightful and informative panel regarding the turbulent decade ahead and identifies a number of prescriptive actions that, if heeded, may enable us to succeed and emerge triumphant in the years ahead — read on!  (Please review this post via a non-DoD network in order to access all of the embedded links — Thank you!)] 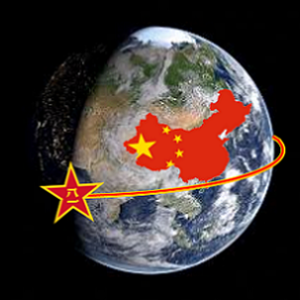 China’s ascendance in political and economic power is likely to continue, challenging U.S. leadership in the international system. Although China will likely seek to avoid direct armed conflict with the United States, focusing instead on developing non-kinetic capabilities and exercising them below the threshold for U.S. kinetic response, they may engage in smaller, proxy conflicts around the globe in order to build power projection experience and further develop a level of international hegemony. The United States can mitigate its loss of international power by increasing its collaboration with regional allies (e.g., The Association of Southeastern Asian Nations [ASEAN]) and developing new international partners.

1. The United States’ power relative to that of China is declining. This trend is likely to continue. Although an Indian alliance with the U.S. and NATO could offset this shifting balance of power, China’s continued investment in denial capabilities challenges U.S. power projection and global influence. The PLA’s Anti-Access/Area Denial (A2/AD) capabilities are robust within the First Island Chain (shown here in blue), and China seeks to strengthen its capabilities to reach farther into the Pacific Ocean (the Second Island Chain is shown here in red). These capabilities span the air, maritime, space, electromagnetic, and information domains.  By mid-century, it is expected that China will attain one quarter of the global military power.

2. To avoid a full conflict with the United States, it is likely that China will turn to proxy warfare in regions of U.S. interest. This relatively low-risk behavior will allow China to divert U.S. attention, and will mimic diversionary tactics used by the USSR during the Cold War. Potential areas of interest for this strategy include Cuba or the Philippines. The United States will need to be deliberate and intentional in addressing these conflicts.

4. While a short-term rise in Chinese power is unavoidable, the United States should take care not to overestimate Chinese power and influence in the long-term. Internal Chinese problems, including issues of demographics, income, and political structure, make it unclear if China will be viable politically in the long run. It is possible that the United States is currently overestimating Chinese capability, similar to U.S. opinion on the Soviet Union during the Cold War. 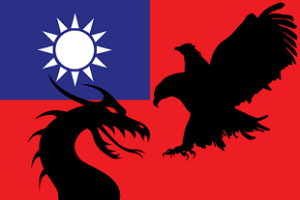 5. Taiwan is likely to become a focal point of U.S-China competition. While China does not currently have the ability to successfully execute an amphibious invasion of Taiwan, it will likely use proxy warfare, power projection, and denial capabilities to increase its influence and control of the island. Future Chinese action in relation to Taiwan could take the forms of quick action, blockades, or increased use of nearby islands close to the Chinese coast to project its power to the island.

Insights on the Impact of Social Media and Emergent Technology:

Competition and conflict will increasingly be influenced by democratizing technology. Social media will enable weak actors to exert outsized influence, allowing them to shape international opinion to their advantage. The proliferation and increased dependence on hyper-connective technologies will provide international actors with new threat vectors to target the U.S. homeland, exposing new vulnerabilities within U.S. society. 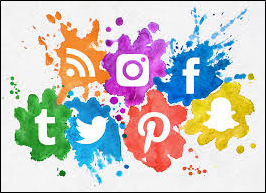 1. Social media will continue to be leveraged by weaker actors to control conflict narratives and promote preferred foreign intervention. Social media provides small actors with access to an unprecedentedly large audience instantaneously, making it an attractive tool to promote desired ideologies and encourage foreign intervention. These platforms can also be useful to increase public support for allocating resources to a conflict. Use of social media to influence conflict narratives will rise; recent examples of such use include case studies in Libya and Myanmar. 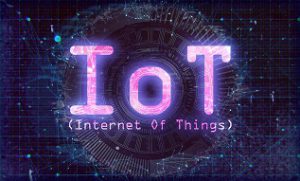 2. As the Internet of Things (IoT) proliferates within the United States, U.S. civilians will be more vulnerable to foreign influence and attacks. Smart cities (including military installations) and interconnected infrastructure will create new vulnerabilities within the United States. For instance, unmanned aerial delivery systems could provide new opportunities for foreign hackers to disrupt and monitor U.S. supply chains.

3. Developments in Artificial Intelligence (AI) and quantum computing will expand the processing power and capabilities of both the United States and its adversaries. Advanced algorithms for microtargeting will provide foreign actors with advanced opportunities for the manipulation of information. AI could provide adversaries with new ways to manipulate information received and disseminated by decision makers during a conflict. 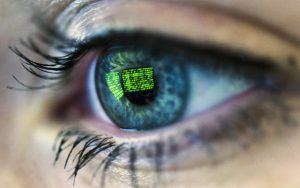 4. Corporations will continue to influence societal consumption of information.  It will be impossible for governments to control this influence completely. Instead, it will be essential for the United States to claim agency and explain its choices, thus controlling the narrative of its actions. Exposing the power of corporations and explaining the intent of activists on these platforms to U.S. citizens will enable a more information literate population.

Conclusion:  U.S.-China relations and the proliferation of emergent technologies are central to competition and conflict in the coming decade (and beyond).  In order to succeed during this turbulent period, the United States must reinforce existing relationships with its traditional allies and partner nations, while increasing collaboration with regional allies and developing new international partners; prioritize denial over power projection capabilities; be deliberate and intentional when engaging in peripheral proxy conflicts; educate our citizens about the influence of social media; and address our vulnerabilities to emergent technologies.

Access our Competition and Conflict in the Next Decade webinar panelists’ biographies and their three slide decks here, and watch the entire video of the event here [access via a non-DoD network]

… review the Department of Defense‘s Military and Security Developments Involving the People’s Republic of China 2020 – Annual Report to Congress and the Defense Intelligence Agency‘s China Military Power 2019: Modernizing a Force to Fight and Win

… and explore the U.S. Army’s single consistent Operational Environment narrative, spanning the near, mid-, and far terms out to 2050 in the following content:

>>> REMINDER: Our Mad Scientist Writing Contest on Competition, Crisis, Conflict, and Change seeks to crowdsource the intellect of the Nation (i.e., You!) regarding:

Review the submission guidelines on our contest flyer, then get cracking brainstorming and crafting your innovative and insightful visions — you’ve only got two weeks left — deadline for submission is 15 March 2021!!!