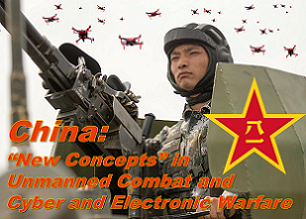 [Editor’s Note: Today’s post is excerpted from last month’s edition (October 2020) of the OE Watch, which in turn analyzes two articles from Jiefangjun Bao (the People’s Liberation Army [PLA] Daily), published this past August and September.

The first article complements our on-going series of Mad Scientist Robotics and Autonomy Virtual Events and explores Chinese unmanned systems concepts and technologies and potential strategies for employing them to achieve combat superiority on the future battlefield.

The second article examines how the PLA could achieve cyber and electronic dominance, employing the electromagnetic spectrum to deceive, lull, and feint its adversaries.

Taken together, these articles provide valuable insights into how China’s defense establishment is thinking about countering the U.S. Army’s current force, the Multi-Domain Operations (MDO)-Capable Force in 2028, and the MDO-Ready Force in 2035 — Read on!]

OE Watch Commentary:  Evolving concepts in unmanned combat and new technologies have prompted two Chinese military strategists to explore different potential strategies that might be used in unmanned combat operations. In the article excerpt (below), published in Jiefangjun Bao, they describe ways China might achieve superiority through unmanned operations on the future battlefield.

The authors offer a brief snapshot of swarming operations by pointing out that such operations are supported by network information systems. The advantages of swarming operations are in intelligence, decision-making, coordination, and sheer numbers. According to the authors, each unit (drone) is assigned a specific role. For example, some drones will be fitted for various modes of search or surveillance. Others might be assigned an attack function. The units work together through networked operations to carry out their respective missions. The authors explain that through these unique applications, swarms can carry out “omnidirectional defense penetration, distributed killing, and group defense.” They write that in “omnidirectional defense penetration, massive numbers of drones can carry out simultaneous penetration.” It can be both multidirectional and three-dimensional. In “distributed killing,” each platform has its own unique function and role: reconnaissance and detection, electronic interference, network attack, or strike.

These drones will then work together to collectively pursue a single high-value target or a group of targets in a specific area. In pursuing these targets, according to the authors, a swarm will be able to carry out multi-domain, multi-dimensional attacks from multiple directions. Finally, the authors explain that in carrying out group defense, a swarm can build a smart, self-adaptive defensive system to create a protective “bubble” around a main assault force or important targets. Through each drone’s respective functions and their interaction with the other units, they can then, for example, rapidly intercept targets. They can also help provide defense and counter enemy drone swarms.

In the next section of the article, the authors lay out a strategy that is somewhat analogous to the game of Chess. The operations, which they refer to as “mother ship-launched operations,” are large-scale, flexible operations in which large sea- or air-based, manned or unmanned combat platforms transport the drones to a specific location. After launching the drones, the mother ships can provide comprehensive background support, such as launch, retrieval, and command and control. These operations can take place on land, in the air, or at sea.

The authors also discuss the benefits of increasing interoperability between manned combat platforms and unmanned platforms. In more traditional operations the battlefield might be controlled through a control center located at the rear. However, they explain that by increasing the interoperability between manned and unmanned platforms, control is spread throughout the battlefield to achieve a “more direct exchange of battlefield information, operational support, and action coordination.”

It is worth noting that while the authors go in-depth in their discussion of unmanned combat operations, they do not once mention artificial intelligence (AI), which is an area of great interest in China. End OE Watch Commentary (Hurst) 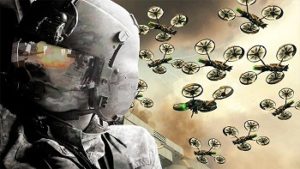 distributed killing… Third, a swarm can carry out group defense… A swarm not only can “intercept many [targets] with few [drones],” it can also “intercept many [targets] with many [drones],” with a wide range of interception and a high success rate. This constitutes an important application method in the future for coordinating the execution of air defense and anti-missile operations, defending important targets at the endpoint, and countering enemy drone swarm attacks.

Mother ship-launched operations involve the use of large, sea- or air-based, manned or unmanned combat platforms as transport carriers to provide support for the mobilization, projection, and retrieval of, command and control over, and comprehensive support for, various types of unmanned systems on land, at sea, and in the air. Such operations enable the long-range mobilization, multi-domain deployment, and coordinated use of unmanned systems, particularly small- or micro-sized unmanned systems, thereby giving full play to such systems’ overall combat effectiveness.

2. China: Seizing Cyber and Electronic Dominance on the Battlefield

OE Watch Commentary: The Chinese recognize that electronic and cyber warfare complement each other and they are interested in the role that the electromagnetic spectrum plays for both. This has prompted three Chinese military strategists to carefully examine ways to achieve cyber and electronic dominance on the battlefield. In the following excerpted article, published in Jiefangjun Bao, the authors explain that in order to achieve cyber and electronic dominance on the battlefield, it is important to focus on influencing or breaking the enemy psychology and perception system. This can be done by employing electronic deception to “conceal the real by displaying the fake,” to “employ feint cooperation to give out a false impression to lure the enemy,” and to “appear as the enemy least expects in order to secure victory by surprise moves.”

The authors envision future informatized warfare as being complex with multiple enemy targets. They write that it is impossible for cyber and electronic forces to cover all the bases and attack on all fronts. Therefore, cyber and electronic energy should be selectively harnessed and controlled to dominate or attack prioritized targets. One of the measures to accomplish this, they write, is through “flexible electromagnetic maneuver.” This is where every platform not only collects data on the enemy’s signals and informs the network, but they also dial up and down their own emissions to deceive the adversary. Another measure is “vast area suppression,” in which enemy units are suppressed to prevent them from taking action. The authors then explain that a combination of cyber and electronic energy can strike enemy core points, destroy enemy nodes, break enemy system of systems, and effectively support the main mission of the combined arms troops.

The authors make a surprisingly simplistic argument that the main way to seize cyber and electronic dominance on the battlefield is by resorting to electronic warfare and cyber warfare themselves. Electronic warfare, they say, should be used to “pool energy for external harassment.” Patterns of “electromagnetic separation, electromagnetic obstruction, and electromagnetic destructions” might be used to completely or partially incapacitate the enemy’s command system. For cyber warfare, which pools information for “internal attack,” the authors recommend implanting viruses, logic bombs, and malicious software into the enemy’s internal battlefield information network. They can also be combined with firepower to enhance target-specific strikes and to paralyze the enemy’s mission.

The authors conclude that it is impossible to attack all areas. Therefore, the optimal targets to strike must be carefully chosen to subdue the enemy. In selecting targets, the priority must be to attack the enemy’s core combat system of systems. Forceful cyber and electronic attacks must be launched straight into the enemy’s command center to destroy it. Finally, they explain that everything should be done to weaken or destroy the enemy’s combat system of systems from the top down. Important targets, they note, include information nodes, communication hubs, and key networks. End OE Watch Commentary (Hurst)

How to Effectively Seize Cyber and Electronic Dominance on the Battlefield

In recent years, with the rapid advancement of information technology, the roles of the electromagnetic field and cyberspace have become more prominent. Operations aiming to seize cyber and electronic 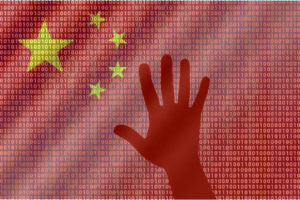 … To seize cyber and electronic dominance on the battlefield is to focus on influencing or breaking the enemy psychological and perception system. Taking into consideration the features of the cyber and electronic space — ease of concealment and strong penetrability and following the operation rule of “strength stemming from the mind,” efforts should be made to fully tap into the arena of employing cyber and electronic strategies and try all means to lull the enemy’s alertness and crush the enemy’s mind, thus resulting in misinformation, misjudgment, and improper decision-making for the enemy.

Employ electronic deception to conceal the real by displaying the fake…

In future informatized warfare, there will be multiple enemy targets, together with the enemy consummate system of systems during operations. It is impossible and unnecessary for the cyber and electronic forces to cover all bases and attack on all fronts. Efforts should be made to give full play to factors such as flexible electromagnetic maneuver, vast area of suppression, and controllable cyber and electronic energy, and dynamically combine the cyber and electronic energy on the battlefield based on the actual needs of the battlefield in different phases and time segments, so as to strike the enemy core points, destroy the enemy nodes, break the enemy system of systems, and effectively support the main mission of the combined arms troops.

…The organic integration of cyber and electronic operations and firepower strikes not only can play up the combat mechanism of soft-hard integration and the synergy of effectiveness to achieve the organic combination of “decapitating and blinding” and “physically destroying and damaging,” but also can achieve the concentrated release of combat effectiveness, so as to establish the dominant advantage in system-of-systems confrontations and contribute to the acceleration of combat development. 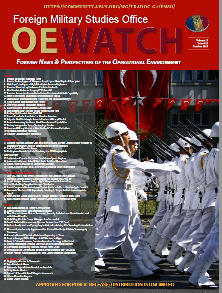 OE Watch, October 2020 issue, by the TRADOC G-2’s Foreign Military Studies Office (FMSO), featuring the two aforementioned articles, along with a host of other items of interest on the OE.

The PLA: Close Combat in the Information Age and the “Blade of Victory

How Big of a Deal are Drone Swarms? by proclaimed Mad Scientist Zachary Kallenborn