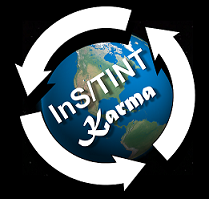 “[it’s]… gonna get you; gonna knock you right on the head; you better get yourself together; pretty soon you’re gonna be dead.” 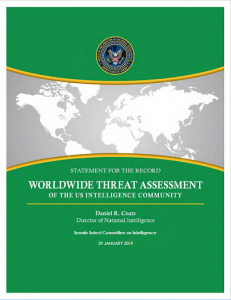 Supportive of our ongoing work,3 the report detailed the ways that existing S/T (i.e., radical leveling science and technologies, or RLT) and newly developing methods and tools (i.e., emerging science and technologies, or ET) can force-multiply non-kinetic engagements that disrupt the extant balances of economic, political, and military power. This is further fortified by the Intelligence Community’s observation of recent Chinese and 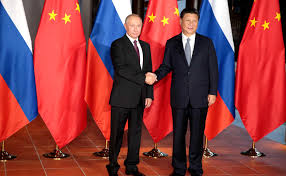 Russian activities and collaborative efforts4 in S/T development and execution of non-kinetic operations. China and Russia have made significant investments and deepened political interest in research and innovation to assert growing effect, if not dominance, in international scientific, biomedical, and technological markets. Specifically, the report stated:

During the past two decades, the US lead in S&T fields has been significantly eroded, most predominantly by China, which is well ahead in several areas.5 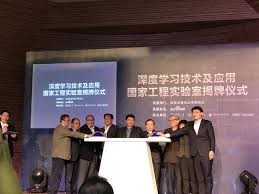 China’s expanding efforts in bio S/T research and innovation is significant as it can, and is intended to alter the international geopolitical landscape.6, 7 Chinese philosophy and political culture establish ethico-legal grounds for research practices that can differ from those of the west and that enable somewhat more rapid progress across a broader range of S/T enterprises.8, 9, 10

Beijing has stepped up efforts to reshape the international discourse around human rights, especially within the UN system. Beijing has sought not only to block criticism of its own system but also to erode norms, such as the notion that the international community has a legitimate role in scrutinizing other countries’ behavior on human rights (e.g., initiatives to proscribe country-specific resolutions), and to advance narrow definitions of human rights based on economic standards.11

This is occurring via Chinese interest and engagement in (1) academic and university research; (2) the economic and political encouragement of government scientific agencies; (3) commercial investment; and (4) establishing legal bases for intellectual property in order to gain greater ownership and control of S/T development. China’s current and proposed Five-Year Plans (FYPs) conjoin governmental, academic, and commercial enterprises to initiate and fulfill long-term agendas to establish and sustain S/T development and use to exercise multi-dimensional global power.12

At the 2018 Central Foreign Affairs Work Conference, Xi stated his desire to lead the reform of the global governance system, driving a period of increased Chinese foreign policy activism and a Chinese worldview that links China’s domestic vision to its international vision.13

As we have claimed, we believe that it will be increasingly important to analyze, quantify, and predict how particular RLTs and ETs can and likely will be employed by foreign competitors and advisories in both non-kinetic and kinetic ways.14 Currently, the models used by the United States and its allies tend to favor a somewhat limited timescale and linear pattern of S/T development.15 And if/when more extensive timescales are used, linear modeling and limited analysis for the scope of effects can constrain accuracy and reliability of predictions.

However, current research and progress in S/T is assuming a more exponential increase (Figure 1), which reflects China’s more long-term visions, if not aspirations. Thus, we feel that it is near-sighted to solely focus on five-ten-year developments. Yet it may be that the lenses currently used for more far-sighted views tend to be restricted in scope. This is problematic because such models can fail to recognize and appreciate the ways that both short- and long-term enterprises may be used to evoke strategically latent, multi-focal, disruptive effects to establish balances of power in the future. 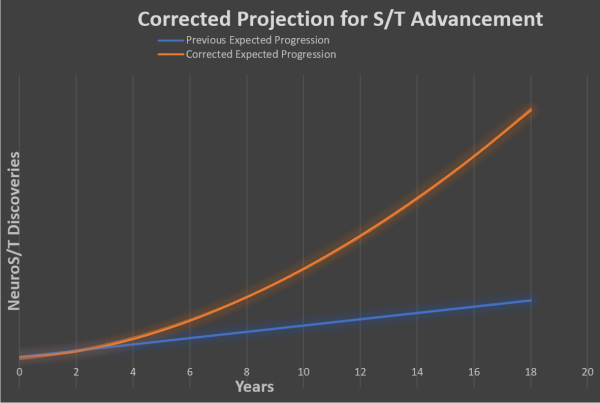 To this point, we advocate expanding and improving the focus of the “predictability horizon” to better perceive three vistas of future S/T development and use. As shown in Figure 2, these are the: (1) vista of probability (present to 5 years); (2) vista of possibility (6 to 15 years); and (3) vista of potentiality (16 to 30 years). We assert that in light of current trends in global S/T research and development, it is important to examine what is probable, and from such probabilities, what is possible thereafter. Identification and depiction of possibilities (and the multi-dimensional factors that would be necessary for their actualization) enables a more salient view to better gauge the potentialities that could be realized 16 to 30 years into the future.

Of course, more proximate developments are easier to define and predict. Moving farther into the future, extant and emerging technologies can foster a greater variety of uses and effects. The potential uses and influences of S/T are more difficult to accurately model due to (1) diverse socio-political and economic pushing and pulling forces (in society and science), and (2) the contingencies of socio-cultural and political variables that establish “fertile” grounds for viable uses of S/T. Using a solely inductive (i.e., advancing) approach to S/T analysis and prediction may be inadequate. Rather, we recommend combining inductive methods with deductive (i.e., retrospective) analytics that are aimed at identifying potential uses and values of S/T (and the multi-varied factors required for its articulation) in the 16-30 year future timeframe, and working backwards to address and model what possibilities and probabilities would be necessary to allow such long-term occurrences. We refer to this deductive-inductive approach as Integrative S/T Intelligence (InS/TINT) that engages temporal and socio-cultural trends, contingencies, and necessities to define, analyze, model, and predict strategically-latent S/T developments, uses, and effects on the global stage.

Such an enterprise requires:  (1) an ongoing assessment of current S/T, research trends, and implicitly and/or explicitly stated long-term goals of competitors and/or possible adversaries; (2) multi-national cooperation to monitor the development of S/T that could be weaponized; and (3) establishing more acute, improved perspectives of non-kinetic engagements and the viable roles that S/T can play in leveraging their effects. Toward these goals, the United States and its allies must recognize and assess both the explicit/overt and more tacit aspects of research and use activities of several countries that already have enterprises dedicated to dual- and/or direct-use of S/T in warfare, intelligence, and national security (WINS) operations.16, 17 This will mandate deeper surveillance of international S/T research and agendas to accurately evaluate both near-and longer-term activities, progress, and trajectories. Surveillance should focus on (1) university and research sites; (2) the extent and directions of private and public support in S/T; (3) efforts toward recruitment of researchers; (4) S/T commercialization; (5) current/future military postures; and (6) current/future market space occupation and leveraging potential.

As we have previously described, an effort of this magnitude demands conjoined efforts from multiple national resources (that are beyond a whole-of-government approach).18 The type of program of record or program management office (PMO) that we have proposed is crucial. Such a program will require ongoing domestic funding and participation and support of like-minded, multi-national allies. But we perceive such effort and commitment to be worthwhile, important, and necessary, as the threat of adversaries’ use of emerging technologies in non-kinetic engagements is clear – both at present and for the future. Therefore, we consider it prudent to dedicate funding and resources to prevent such engagements of emergent S/T from becoming a national emergency.

… and her presentation on PLA Human-Machine Integration at the Mad Scientist Bio Convergence and Soldier 2050 Conference at SRI International’s Menlo Park Campus on Day 2 (9 March 2018).

Mad Scientist James Giordano, PhD, is Professor of Neurology and Biochemistry, Chief of the Neuroethics Studies Program, and Co-Director of the O’Neill-Pellegrino Program in Brain Science and Global Law and Policy at Georgetown University Medical Center. As well, he is J5 Donovan Group Senior Fellow, Biowarfare and Biosecurity, at US Special Operations Command, (USSOCOM). He has served as Senior Science Advisory Fellow to the SMA Group of the Joint Staff of the Pentagon; as Research Fellow and Task Leader of the EU-Human Brain Project Sub-Program on Dual-Use Brain Science, and as an appointed member of the Neuroethics, Legal and Social Issues Advisory Panel of the Defense Advanced Research Projects Agency (DARPA). He is an elected member of the European Academy of Science and Arts, and a Fellow of the Royal Society of Medicine (UK).

Joseph DeFranco is J5 Donovan Group Fellow in Biowarfare and Biosecurity, at U.S. Special Operations Command (USSOCOM). He is currently studying neuroscience in the college of arts and sciences, and biodefense at the Schar School of Policy and Government of George Mason University, VA, and formerly served on the staff of Congressman Donald S. Beyer (VA-08). His current research focuses upon the possible use of novel microbiological agents and big data as force-multiplying elements in non-kinetic, hybrid, and kinetic engagements, and the role of global agencies in biosecurity.

DISCLAIMER: This blog post was adapted from portions the authors’ whitepaper of the Strategic Multilayer Assessment Group, Joint Staff, Pentagon, and their essay to appear in the Defense Life Sciences Journal. The opinions expressed in this post are those of the authors, and do not necessarily represent those of the US Government, Department of Defense, and/or the institutions with which the authors are affiliated.

* Crank it up!  Karma is the sum of all actions in this and previous states of existence, viewed as deciding one’s fate in their future existence(s). https://en.oxforddictionaries.com/definition/karma