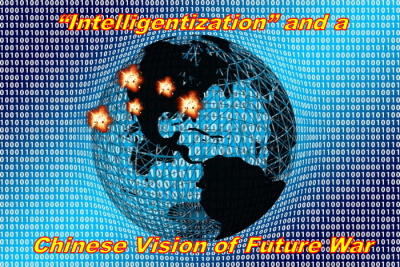 [Editor’s Note: While Monday’s post explored a U.S. perspective on Artificial Intelligence (AI) integration to military operations, today’s article, excerpted from this month’s OE Watch, addresses China’s embrace of “Intelligentization.” Intelligentization is the uniquely Chinese concept of applying AI’s machine speed and processing power to military planning, operational command, and decision support. In her testimony before the U.S.-China Economic and Security Review Commission Hearing on Trade, Technology, and Military-Civil Fusion earlier this year, proclaimed Mad Scientist Elsa Kania stated that President Xi Jinping, in his report to the 19th Party Congress in October 2017, “urged the PLA to ‘Accelerate the development of military intelligentization” (军事智能化)….This authoritative exhortation has elevated the concept of ‘intelligentization’ as a guiding principle for the future of Chinese military modernization.” What is unique about the PLA’s approach to implementing AI in force modernization is that they do not seek to merely integrate AI into existing warfighting functions; rather, they are using it to shape a new, cognitive domain and thus revolutionize their entire approach to warfighting — Read on!]

In today’s world of rapidly developing concepts and technologies, many theories are emerging about what warfare will resemble in the future. Nowhere does this seem truer than in China, where scholars, researchers, and scientists are putting their thoughts to paper, such as the accompanying article, which looks at how “intelligentization” will change the structure and outcome of warfare. 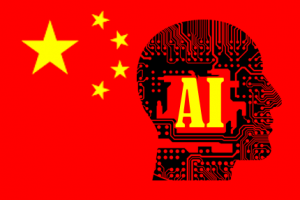 The thought-provoking article (below), which was republished in various journals, such as Jiefangjun Bao, the official newspaper of the People’s Republic of China’s Central Military Commission, and Qiushi Journal, which falls under the Central Party School and the Central Committee of the Communist Party of China, looks at how intelligentized warfare, a term commonly used by Chinese scholars, is expected to redraw the boundaries of warfare, restructure combat forces, and reshape the rules of engagement. Some of the more salient points worth pondering are highlighted in the accompanying excerpted passages.

The article claims that the art of combat power will inevitably change because artificial intelligence is rapidly infiltrating military operations. Traditional battlefields and battlefronts will “be hard to reproduce.” The current battle domains in warfare (the physical dimensions of land, sea, air, and space and the informational dimensions of electromagnetic and cyber) will be updated to include a new dimension: the cognitive domain, which would fall under the cognitive dimension. 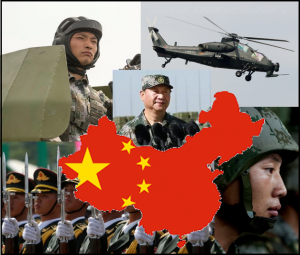 Intelligentized warfare will see the integration of military and non-military domains; and the boundary between peacetime and wartime will get increasingly blurred. The outcome of a war will not be determined by who destroys whom in a kinetic sense, but rather who gains maximum political benefits. Intelligentized warfare will see the integration of human and machine intelligence. It will reshape warfighting in every dimension and within every realm. Human fighters will eventually stop being the first line of fighting and intelligent systems will prevail. “Human-on-human” warfare will be replaced by “machine-on-human” or “machine-on-machine warfare.” 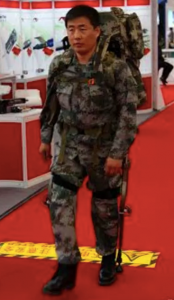 Combining humans and machines into brain-machine interfaces, external skeletal systems, wearable devices, and gadgets implanted into human bodies will “comprehensively enhance the inherent cognitive and physiological capacity of human fighters and will forge out superman combatants.” Intelligentized warfare will upend traditional rules of military engagement. Cross-domain unconventional and asymmetrical fighting in military engagements will become the new normal. Unmanned operations will rewrite the rules of engagement and reshape the support process. Intelligent control will become the center of gravity.

Based on the article, one might surmise that the military tactics of yesterday and today are not likely the area in which the People’s Liberation Army will place too much effort, if any at all. With artificial intelligence and other technologies rapidly gaining ground, China seems keener on leading the curve in the long term than honing tactics in the immediate future. End OE Watch Commentary (Hurst)

“The cognitive domain will become another battle domain next to the land, sea, air, space, electromagnetic, and cyber domains of warfare.”

Yang Wenzhe, “在变与不变中探寻智能 化战争制胜之道 (How to Win Intelligentized Warfare by Analyzing what are Changed and What are Unchanged),” Jiefangjun Bao, 22 October 2019.

…With AI technology rapidly infiltrating into the military domain, it will inevitably lead to a thorough change in the way combat power manifests itself. … The cognitive domain will become another battle domain next to the land, sea, air, space, electromagnetic, and cyber domains of warfare. …the three major 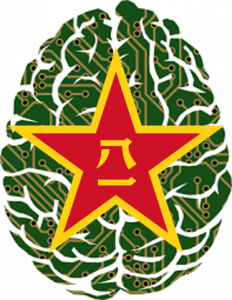 warfighting dimensions, that is, the physical dimension, the informational dimension, and the cognitive dimension. The boundaries of war will extend into the deep land, deep sea, deep air, deep cyber, and deep brain domains… Intelligentized warfare will be generalized to all military conflicts and rivalries, giving rise to a more striking feature of integration between military and non-military domains. The scope of warfighting will expand to the extremes. The boundary between peacetime and wartime will get increasingly blurred.

Human fighters will fade away from the first line of fighting. Intelligent equipment will be brought onto the battlefield in large quantities and as whole units. “Human-on-human” warfare in the traditional sense will be superseded by “machine-on-human” or “machine-on-machine” warfare. 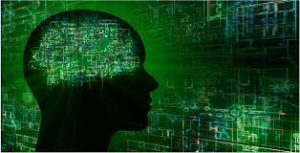 Such means of human-machine combination as brain-machine interfaces, external skeletal systems, wearable devices, gadgets implanted into human bodies will comprehensively enhance the inherent cognitive and physiological capacity of human fighters, and will forge out “superman combatants”…

…operations”. Cross-domain unconventional and asymmetrical fighting will become a new normal in military engagements…Unmanned operations, as a prominent hallmark of the new warfighting pattern, will rewrite the rules of engagements and reshape the support processes. Intelligence control will replace spaces control as the center of gravity in war.”

The race is on between the U.S. and its near-peer competitors, China and Russia, to develop and incorporate AI into their respective defense modernization efforts.  As Russian President Vladimir Putin stated in 2017, “whoever becomes the leader in this sphere will become the ruler of the world.”  China understands this, has embraced it at the national level, and is forging ahead with the intent to dominate the cognitive domain through intelligentization. Per Ms. Kania, the resultant “system of systems consisting of people, weapons equipment, and ways of combat… involve[s] not only intelligent weaponry but also concepts of human-machine integration (人机一体) and intelligence leading (智能主导). In practice, the PLA’s agenda for intelligentization may prove quite expansive, extending across all concepts in which AI might have military relevance in enabling and enhancing war-fighting capabilities, from logistics to early warning and intelligence, military wargaming, and command decision-making.”

The OE Watch, December issue, by the TRADOC G-2’s Foreign Military Studies Office (FMSO), featuring this piece and other articles of interest.