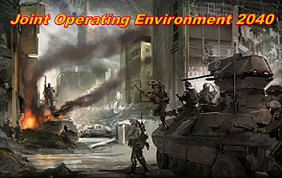 [Editor’s Note: Mad Scientist Laboratory welcomes back returning guest blogger and proclaimed Mad Scientist Jeff Becker with today’s post, exploring the Joint Operating Environment in 2040.  Complementing our recent posts on the The Operational Environment: Now through 2028 and The Future Operational Environment: The Four Worlds of 2035-2050, today’s post explores the challenges facing the Joint Force — “confronted by a combination of peer-level military rivals, a wide variety of strategically significant non-state actors, narrowing technological advantages, and an increasingly crowded yet expansive and ill-defined battlespace” — and the associated implications of JOE 2040.  Read on to learn about “new future global realities and adversary ways of war”!]

What is it about strategic and military change that the U.S. military should pay attention to? What is important, and what is merely interesting? These are the difficult questions addressed in the Joint Operating Environment (JOE) development effort. This effort – both a process and a document – are intended to collect, organize, and evaluate the world’s best deep futures thinking and make it accessible and usable to concept developers and force designers across the Joint Force as well as for allied and partner militaries around the world.

This effort to build a common, Joint-level view of the future operating environment has been ongoing for more than 15 years and has led to seven different versions of the study. The JOE has historically been written and published by U.S. Joint Forces Command under then-General James Mattis, and later, by the Joint Staff J7 Future and Concepts Directorate. The effort has always been highly collaborative in nature, with Service futures organizations, Combatant Commands, other Government agencies, and international partners as well as world-class experts, scientists, and other thinkers contributing to building an understanding of military change and its implications for Joint Warfare. 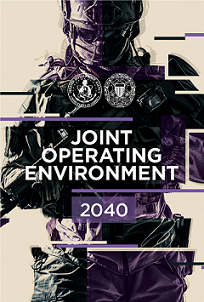 The latest edition – Joint Operating Environment 2040 – was published in January 2020 and is the U.S. Joint Forces’ most recent perspective on the future operating environment and the implications of that environment for Joint warfighting over the next two decades. The 2040 edition of the JOE differs from earlier versions in that it was written in a close and sustained partnership led by the Joint Staff J7, Defense Intelligence Agency (DIA), and the Joint Staff J2. It was strongly supported by Service futures organizations, including the Army’s Mad Scientist Program, TRADOC G-2, and Army Futures Command.

The new JOE is anchored in an “intelligence-driven, threat informed” view of the deep future. This approach reflects a new urgency to understand and address the growing threat of adapting great and regional power adversaries, as described in the most recent unclassified Summary of the National Defense Strategy (NDS), and to arrest – as then-Chairman Joseph Dunford put it – 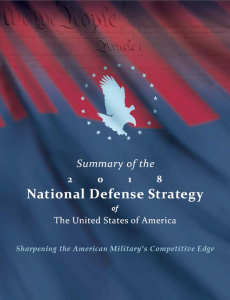 the erosion of our qualitative and quantitative military advantages. The first step in correcting our trajectory was to fully understand the problem from a Joint Force perspective.  JOE 2040 – the first classified edition of the document – dives deeply into how the character of warfare is changing, how adversaries are addressing this change through novel ways of war, and the implications of both for the Joint Force.

JOE 2040 looks just beyond the horizon of the current NDS, and is anchored in the Joint Strategic Assessment (JSA) which is DIA’s biennial baseline assessment of the mid-to-long term strategic environment. The JOE takes the strategic conditions set out in the JSA, and describes how these large scale geopolitical changes might change the character of war. Several important trends are clear, from new and powerful great powers to newly empowered global non-state actors, each increasing their reach and ambition. Both will stress the international system. Instead of one clear military rival with competitive military capabilities or a decentralized collection of smaller scale security challenges, the Joint Force will be confronted by a combination of peer-level military rivals, a wide variety of strategically significant non-state actors, narrowing technological advantages, and an increasingly crowded yet expansive and ill-defined battlespace. 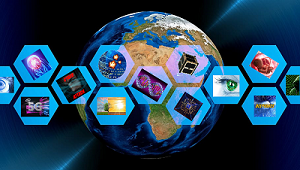 Potential competitors and adversaries are evolving and adapting their own armed forces to keep pace with this changing character of warfare. JOE 2040 describes how several countries and violent non-state actors are reshaping their armed forces and developing novel operational concepts to address their goals and objectives. It should not be a great surprise that the U.S. is focusing on long-term strategic competition with great power competitors. The aforementioned NDS makes clear that China is modernizing its forces to coerce and reorder the Indo-Pacific region, Russia is expanding and modernizing its military forces, 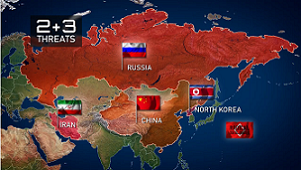 rogue regimes such as Iran and North Korea are presenting new military and strategic challenges, and violent extremist organizations remain an enduring threat to the global order.1

The NDS focuses the Department on the goals and objectives China, Russia, and others are pursuing. JOE 2040 focuses on how these competitors and adversaries might shape and operate the military instrument to pursue those goals. These evolving ways of war result in a number of pressing challenges for how the Joint Force envisions fighting our adversaries who are designing and experimenting with new operational approaches that are intended to offset, or in some cases even outpace, the capabilities of the Joint Force. In most cases, we see adversaries striving to improve their defenses in depth. We see a growing emphasis on operations that emphasize competition below the threshold at which the U.S. typically employs force. 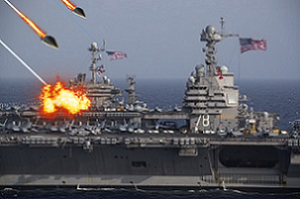 Finally, adversary operations often emphasize the lethality and decisiveness of the opening stages of a conflict, increasing the risk of unexpected and difficult-to-warn-against opening blows.

Implications for the Joint Force

The changing character of warfare, along with new and potentially disruptive adversary approaches to conflict will increase national security risk if the Joint Force fails to address these conditions and evolve. In light of these changes, the Joint Force will likely be challenged in the following ways:

JOE 2040 represents the U.S. Joint Forces’ commonly-developed understanding of the future operating environment over the next two decades and the implications of change. Close Joint Staff/DIA collaboration is intended to ensure that intelligence analysis drives our understanding of the military implications of strategic and technological change. Moreover, it is a source for problem sets that future Joint and Service concepts are called upon to solve for the Nation.

JOE 2040 was written in the spirit of Andrew Marshall – dean of defense futurists – who noted that “accurate diagnosis is the best route to strategic prescription.”2 JOE 2040 strives to do this by illustrating new future global realities and adversary ways of war in order to assist force development and design across the Department of Defense. The challenges found here should be seen as a foundational reference for concept-driven, threat-informed capability development across the Joint Force, military Services, and combatant commands.

If you enjoyed this post, check out these additional ones by Jeff Becker:

… explore the U.S. Army’s single consistent Operational Environment narrative, spanning the near, mid-, and far terms out to 2050 in the following content:

… and check out the following posts on our 2+3 Threats:

The Iranian Pursuit of Military Advantage: A Forecast for the Next Seven Years, The Hermit Kingdom in the Digital Era: Implications of the North Korean Problem for the SOF Community, and Extremism on the Horizon: The Challenges of VEO Innovation by Colonel Montgomery Erfourth and Dr. Aaron Bazin

ANNOUNCEMENTS: The Army’s Mad Scientist Initiative is launching a new series of monthly webinars, beginning the third week in January 2021, which will explore the future of Competition and Conflict and the associated implications for the U.S. Army.  Stay tuned to the Mad Scientist Laboratory for information on how to register for these events!

We are also launching a complementary Mad Scientist Writing Contest on Competition, Crisis, Conflict, and Change to crowdsource the intellect of the Nation (i.e., You!) regarding:

Review the submission guidelines on our contest flyer, then get cracking brainstorming and crafting  your innovative and insightful visions over the Holiday Season!  Deadline for submission is 15 March 2021.

Jeff Becker is a a proclaimed Mad Scientist and defense consultant based in Southeast Virginia. He is currently the Senior Futurist at the Joint Concepts Division of the Joint Staff J7. Mr. Becker has over 20 years of direct experience conducting and managing future military studies, analysis, and experimentation projects. Mr. Becker was the primary author of the Joint Staff’s 2016 deep futures study, Joint Operating Environment 2035: The Joint Force in a Contested and Disordered World, which surveys science and technology, human, and geopolitical trends and develops their military implications for the Joint Force.

Disclaimer: The views expressed in this blog post are solely those of the author and do not necessarily reflect those of the Department of Defense,  Joint Staff J7, Department of the Army, Army Futures Command, or the Training and Doctrine Command.

1 U.S. Department of Defense, Summary of the National Defense Strategy of the United States of America (2018), accessed at:  https://dod.defense.gov/Portals/1/Documents/pubs/2018-National-Defense-Strategy-Summary.pdf