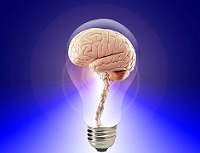 [Editor’s Note:   As observed by Mr. Ian Sullivan in his Lessons Learned in Assessing the Operational Environment post earlier this year:

“The rapid innovation, development, and fielding of new technologies promises to radically enhance our abilities to live, create, think, and prosper. The accelerated pace of human interaction and widespread connectivity through the Internet of Things (IoT), and the concept of convergence are also factors affecting these trends. Convergence of societal trends and technologies will create new capabilities or societal implications that are greater than the sum of their individual parts, and at times are unexpected.”

Rapid innovations in key technologies and their convergence will continue to accelerate the changing character of future warfare.  Mad Scientist Laboratory has tracked these trends in innovation, both at home and within our strategic competitors (see:  Era Military Innovation Technopark and National Military-Civil Fusion Innovation Demonstration Zones).

With the advent of the Twenty-First Century, there has been a steady shift in who is driving innovation within the U.S.  The private company SpaceX made history in 2012 when its Falcon 9 and Dragon became the first commercial rocket and spacecraft in history to deliver cargo to the International Space Station and safely return cargo to Earth, a feat previously achieved only by national governments.

The following post explores the changing dynamics in innovation, and is excerpted from the Mad Scientist Bio Convergence and Soldier 2050 Conference Final Report — Enjoy!] 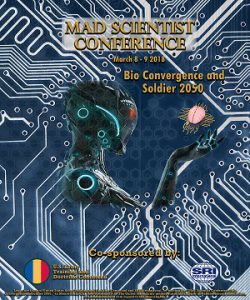 The dramatic shift in the funding, driving, and demand signals of innovation from the U.S. Government to the commercial sector will lead to a critical need for agile prototyping and experimentation in the military, focusing on niche areas of interest to the Government.

In the past, Government funding has accelerated many technologies that are now not only commonplace, but almost necessary for modern life. Research and Development that led to the creation of GPS, the microchip, the touch screen, and the internet was funded, in-part, by the Government.  Recent data from the National Institutes of Health (NIH) has shown that there now is an inverse relationship between how novel a concept is and the amount of Government funding it receives.  There has also been a decrease in Government R&D spending as a percentage of overall GDP. These two trends have led to a stifling of Government-driven innovation and exploration of new technologies.

Private industry and academia are now the driving force behind innovation.  While there are some benefits to this – such as shorter development times – there are also risks. For example, investments in industry are mainly driven by market demand which can lead to a lack of investment in areas that are vital to National Defense, but have low to no consumer demand. In academia, a majority of graduate students in STEM fields are foreign nationals, comprising over 80% of electrical and petroleum engineering programs. The U.S. will need to find a way to maintain its technological superiority, even when most of the expertise eventually leaves the country.

In order to compete with our strategic competitors, Government funding of research in academia and increased funding for the more novel, higher risk proposals could prove beneficial. In the private sector, Government investment in areas vital to National Defense, as well as areas of market failure, is crucial.

A successful example of this cooperation and investment between the Government and private industry is Tesla, Inc. The United States Department of Energy loaned $465 million to Tesla from the 2007 Advanced Technology Vehicles Manufacturing Loan Program. Tesla not only innovated a variety of technologies in electric and autonomous automobiles, but also in power generation and storage – all areas of military interest.  In order to drive innovation, particularly in areas with small markets (e.g., like explosives research), or very novel, high risk technologies (e.g., Directed Energy Weapons), the Army should continue these types of investments.

If you enjoyed this post about innovation, please read the following Mad Scientist Laboratory blog posts:

– Mission Engineering and Prototype Warfare: Operationalizing Technology Faster to Stay Ahead of the Threat