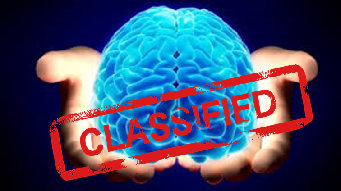 [Editor’s Note: Mad Scientist Laboratory is pleased to publish the following post by guest blogger Dr. Jan Kallberg, faculty member, United States Military Academy at West Point, and Research Scientist with the Army Cyber Institute at West Point. His post serves as a cautionary tale regarding our finite intellectual resources and the associated existential threat in failing to protect them!]

Preface: Based on my experience in cybersecurity, migrating to a broader cyber field, there have always been those exceptional individuals that have an unreplicable ability to see the challenge early on, create a technical solution, and know how to play it in the right order for maximum impact. They are out there – the Einsteins, Oppenheimers, and Fermis of cyber. The arrival of Artificial Intelligence increases our reliance on these highly capable individuals – because someone must set the rules, the boundaries, and point out the trajectory for Artificial Intelligence at initiation.

As an industrialist society, we tend to see technology and the information that feeds it as the weapons – and ignore the few humans that have a large-scale direct impact. Even if identified as a weapon, how do you make a human mind classified? Can we protect these high-ability individuals that in the digital world are weapons, not as tools but compilers of capability, or are we still focused on the tools? Why do we see only weapons that are steel and electronics and not the weaponized mind as a weapon?  I believe firmly that we underestimate the importance of Applicable Intelligence – the ability to play the cyber engagement in the optimal order.  Adversaries are often good observers because they are scouting for our weak spots. I set the stage for the following post in 2034, close enough to be realistic and far enough for things to happen when our adversaries are betting that we rely more on a few minds than we are willing to accept. 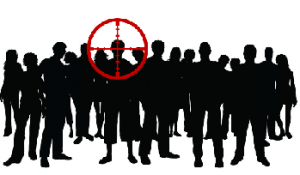 Post:  In a not too distant future, 20th of August 2034, a peer adversary’s first strategic moves are the targeted killings of less than twenty individuals as they go about their daily lives:  watching a 3-D printer making a protein sandwich at a breakfast restaurant; stepping out from the downtown Chicago monorail; or taking a taste of a poison-filled retro Jolt Cola. In the gray zone, when the geopolitical temperature increases, but we are still not at war yet, our adversary acts quickly and expedites a limited number of targeted killings within the United States of persons whom are unknown to mass media, the general public, and have only one thing in common – Applicable Intelligence (AI). 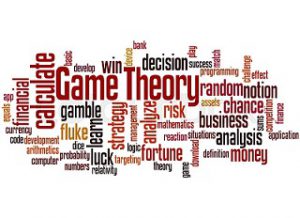 The ability to apply is a far greater asset than the technology itself. Cyber and card games have one thing in common, the order you play your cards matters. In cyber, the tools are publicly available, anyone can download them from the Internet and use them, but the weaponization of the tools occurs when used by someone who understands how to play the tools in an optimal order. These minds are different because they see an opportunity to exploit in a digital fog of war where others don’t or can’t see it. They address problems unburdened by traditional thinking, in new innovative ways, maximizing the dual-purpose of digital tools, and can create tangible cyber effects. 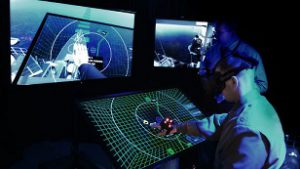 It is the Applicable Intelligence (AI) that creates the procedures, the application of tools, and turns simple digital software in sets or combinations as a convergence to digitally lethal weapons. This AI is the intelligence to mix, match, tweak, and arrange dual purpose software. In 2034, it is as if you had the supernatural ability to create a thermonuclear bomb from what you can find at Kroger or Albertson. 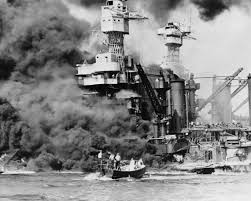 Sadly we missed it; we didn’t see it. We never left the 20th century. Our adversary saw it clearly and at the dawn of conflict killed off the weaponized minds, without discretion, and with no concern for international law or morality.

These intellects are weapons of growing strategic magnitude. In 2034, the United States missed the importance of these few intellects. This error left them unprotected.

All of our efforts were instead focusing on what they delivered, the application and the technology, which was hidden in secret vaults and only discussed in sensitive compartmented information facilities. Therefore, we classify to the highest level to ensure the confidentiality and integrity of our cyber capabilities. Meanwhile, the most critical component, the militarized intellect, we put no value to because it is a human. In a society marinated in an engineering mindset, humans are like desk space, electricity, and broadband; it is a commodity that is input in the production of the technical machinery. The marveled technical machinery is the only thing we care about today, 2018, and as it turned out in 2034 as well. 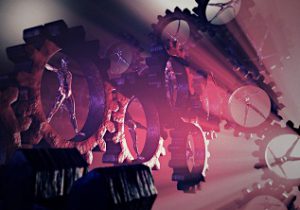 We are stuck in how we think, and we are unable to see it coming, but our adversaries see it. At a systematic level, we are unable to see humans as the weapon itself, maybe because we like to see weapons as something tangible, painted black, tan, or green, that can be stored and brought to action when needed. As the armory of the war of 1812, as the stockpile of 1943, and as the launch pad of 2034. Arms are made of steel, or fancier metals, with electronics – we failed in 2034 to see weapons made of corn, steak, and an added combative intellect.

General Nakasone stated in 2017, “Our best ones [coders] are 50 or 100 times better than their peers,” and continued “Is there a sniper or is there a pilot or is there a submarine driver or anyone else in the military 50 times their peer? I would tell you, some coders we have are 50 times their peers.” In reality, the success of cyber and cyber operations is highly dependent not on the tools or toolsets but instead upon the super-empowered individual that General Nakasone calls “the 50-x coder.”

There were clear signals that we could have noticed before General Nakasone pointed it out clearly in 2017. The United States’ Manhattan Project during World War II had at its peak 125,000 workers on the payroll, but the intellects that drove the project to success and completion were few. The difference with the Manhattan Project and the future of cyber is that we were unable to see the human as a weapon, being locked in by our path dependency as an engineering society where we hail the technology and forget the importance of the humans behind it.

America’s endless love of technical innovations and advanced machinery reflects in a nation that has celebrated mechanical wonders and engineered solutions since its creation. For America, technical wonders are a sign of prosperity, ability, self-determination, and advancement, a story that started in the early days of the colonies, followed by the intercontinental railroad, the Panama Canal, the manufacturing era, the moon landing, and all the way to the autonomous systems, drones, and robots. In a default mindset, there is always a tool, an automated process, a software, or a set of technical steps that can solve a problem or act.

The same mindset sees humans merely as an input to technology, so humans are interchangeable and can be replaced. In 2034, the era of digital conflicts and the war between algorithms with engagements occurring at machine speed with no time for leadership or human interaction, it is the intellects that design and understand how to play it. We didn’t see it.

In 2034, with fewer than twenty bodies piled up after targeted killings, resides the Cyber Pearl Harbor. It was not imploding critical infrastructure, a tsunami of cyber attacks, nor hackers flooding our financial systems, but instead traditional lead and gunpowder. The super-empowered individuals are gone, and we are stuck in a digital war at speeds we don’t understand, unable to play it in the right order, and with limited intellectual torque to see through the fog of war provided by an exploding kaleidoscope of nodes and digital engagements.

Dr. Jan Kallberg is currently an Assistant Professor of Political Science with the Department of Social Sciences, United States Military Academy at West Point, and a Research Scientist with the Army Cyber Institute at West Point. He was earlier a researcher with the Cyber Security Research and Education Institute, The University of Texas at Dallas, and is a part-time faculty member at George Washington University. Dr. Kallberg earned his Ph.D. and MA from the University of Texas at Dallas and earned a JD/LL.M. from Juridicum Law School, Stockholm University. Dr. Kallberg is a certified CISSP, ISACA CISM, and serves as the Managing Editor for the Cyber Defense Review. He has authored papers in the Strategic Studies Quarterly, Joint Forces Quarterly, IEEE IT Professional, IEEE Access, IEEE Security and Privacy, and IEEE Technology and Society.