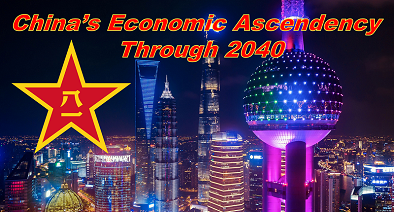 [Editor’s Note:  Mad Scientist Laboratory welcomes back returning blogger Kate Kilgore with today’s post addressing a key, but heretofore neglected (at least within these pages!) instrument of our pacing threat’s power and influence.  This post complements our previous content addressing China’s capabilities spanning the Operational Environment (find links to these resources at the bottom of this post).  China’s emergence as the United States’ foremost competitor and adversary has been underpinned by its economic ascendency.  Read on to learn how demographic stressors, pressure from COVID-19 lockdowns, and China’s shift from a manufacturing to service economy may ultimately slow its economic growth, impacting the People’s Liberation Army’s efforts to recruit, modernize, and produce equipment!]

China’s Economic Rise Likely to Continue Through 2040, but Demographic Stress and Political Realities Could Slow Growth

China is predicted to complete its transition to a high-income country with an average Gross National Income of over $13,205 by 2023 – a feat accomplished by only Taiwan and South Korea since World War II – and its 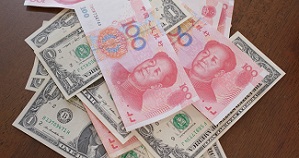 Gross Domestic Product will likely overtake the U.S. economy by 2030.1 Factors like restrictive COVID-19 lockdowns, an aging population, and the transition from a manufacturing to service economy are forecasted to slow China’s annual GDP growth to around 2 percent by 2040.2  China’s centralized command economy enables the Chinese Communist Party to implement broad economic policies – like the “Made in China 2025” plan which hopes to achieve a dominant position in global high-tech markets by 2049 and keep the most valuable manufacturing domestic,3  and the 2021 Common Prosperity Program which aims to “regulate excessively high incomes” and “encourage high-income groups and enterprises to return more to society”4 – to try and offset this slowdown.

China’s working age population (16-59 year olds) dropped from 70 percent of the total population in 2010 to 63 percent in 2020,14 and is predicted to fall by more than 130 million between now and 2040.15 China’s fertility rate will likely remain near the 2021 rate of 1.15 children per woman16 – well below the 2.1 children per woman needed to replace annual deaths.17 Restrictive immigration policies and millions of highly educated emigrants pose more challenges to China’s working-age numbers.18 By 2040, China’s over-65 demographic is expected to nearly double, while its working-age population will likely shrink to 860 million – and drop close to 1 percent each year after.19

While it already has the world’s second largest middle class of workers earning close to or above the country’s median income by number, over 70% of the Chinese population25 – one quarter of the world’s projected total population –

will likely be middle class by 2030. About 480 million Chinese consumers – more than the total population of the United States – are expected to reach upper-middle and high-income status by 2030.26 While the Common Prosperity policy may slow the growth of China’s highest earners, it does not attempt to shrink the middle class, meaning Chinese consumers will more than likely exercise significant influence over global commerce and market trends.

Implications:  Between now and 2040, demographic stressors, pressure from COVID-19 lockdowns, and the shift from a manufacturing to a service economy signal that China is more than likely to face reduced annual GDP 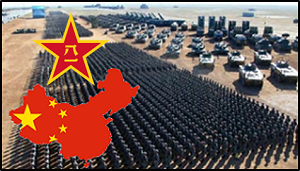 growth numbers and slowed economic growth. These stressors will likely affect the People’s Liberation Army – especially in its efforts to recruit, modernize, and produce equipment. However, efforts to increase foreign influence through investment and acquisitions while maintaining a heavy focus on increasing domestic productivity in high-value sectors mean that China will most likely remain a major regional and global economic influencer through 2040.

If you enjoyed this post, check out the following related TRADOC G-2 and Mad Scientist content addressing our pacing threat:

China: Building Regional Hegemony and China 2049: The Flight of a Particle Board Dragon, the comprehensive report from which this post was excerpted

The Most Consequential Adversaries and associated podcast, with General Charles A. Flynn

REMINDER:  Join Army Mad Scientist and the National Museum of the United States Army (NMUSA) for the Back to the Future: Using History to Forecast conference on 08-09 November 2022, at Fort Belvoir, Virginia. This event will feature world-renowned expert speakers and panelists from industry, tech, academia, and the U.S. military and other government agencies discussing how history and experience inform and shape our future thinking and decision-making on critical issues. These historians, futurists, and thought leaders will converge backcasting with futurecasting to provide 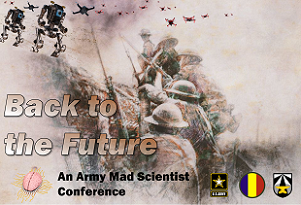 penetrating insights on Army people, materiel, readiness, and doctrine and concepts initiatives. Stay tuned to the Mad Scientist Laboratory for more information on our first in-person conference since 2019!

About the Author:   Kate Kilgore is a TRADOC G-2 Intern and recent graduate of Indiana University, where she studied Law and Public Policy, Comparative International Politics, Soviet History, and Russian and Eastern European Studies. Kate has been greatly influenced by her father’s Army career, and she grew up all over the United States and in Germany, which influenced her passion for Eastern European history. Much of her undergraduate research focused on analyzing the path dependence and modern social implications of Soviet laws and in the former Eastern Bloc, with a focus on Hungary. When she’s not reading about culture and politics of the former Warsaw Pact States, she enjoys baking and antiquing.

3 Is ‘Made in China 2025’ a Threat to Global Trade? James McBride. Council on Foreign Relations:  https://www.cfr.org/backgrounder/made-china-2025-threat-global-trade#chapter-title-0-1

17 Why did Beijing Opt for a Three-Child Policy When it Could Scrap Birth Caps Altogether? Cissy Zhou. China Macro Economy: https://www.scmp.com/economy/china-economy/article/3136061/china-population-why-did-beijing-opt-three-child-policy-when?module=inline&pgtype=article

22 The China Challenge: A Demographic Predicament Will Plague the Mainland for Decades. Nicholas Eberstadt. Discourse: https://www.discoursemagazine.com/culture-and-society/2021/06/09/the-china-challenge-a-demographic-predicament-will-plague-the-mainland-for-decades/