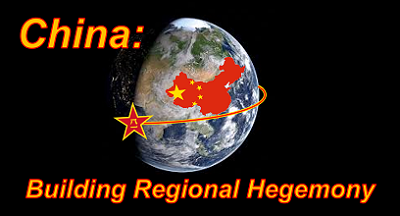 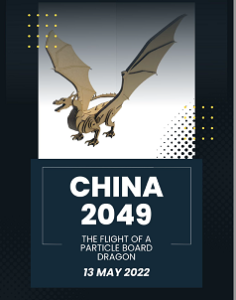 Lt. Col. Stacy N. Slate (USAF), and LTC Andrew J. Wiker (USA).  Their requirement synthesized and analyzed open-source documents to answer the following question:  How can China meet its national objectives to become the world’s dominant power by 2049?  Read on to learn what our most recently proclaimed Mad Scientists say about how our pacing threat is building regional hegemony!]

China will likely* focus on three areas to establish itself as the regional hegemon. By increasing its regional influence to promote stability and self-interest, the country can extend its reach and economic influence across the region. The PRC is likely to continue using the Belt and Road Initiative (BRI) to establish regional dependencies. The global network of railroads, ports, highways, and infrastructure projects Beijing develops and funds primarily through loans to other nations expands its economic and geopolitical influence over regional countries through debt and trade, while providing access to export markets and resources. Most Asian countries participate in the BRI (Figure 1).

However, China faces three obstacles to becoming the regional hegemon. First, continued BRI expansion and overseas investments will strain China’s corporate debt and public debt levels. The Atlantic Council estimates the potential slowdown from deleveraging overseas lending and real estate debt reduction could cut its GDP growth by one percentage point per year until 2025. The number of loans from the PRC’s two biggest policy banks has already fallen drastically from their 2016 highs (Figure 2). Reductions in regional investment are likely to limit China’s ability to increase dependencies within the region.

Second, while Chinese firms excel at “adaptive innovation” based on theft or forced technology transfer, they lack many advantages of an open economic system maximizing competition. Innovation is a product of flexible financing and trust in government institutions, and the PRC lacks these structural advantages for the foreseeable future. The CCP’s centralized decision-making helps drive whole-of-government resource mobilization, but centrally driven models ultimately inhibit true innovation. Over the long term, the PRC’s manufacturing productivity and economic health are questionable, but its regional dominance may go unchallenged.

Finally, following China’s border dispute with India in 2020, China built alliances through the BRI, effectively surrounding India with ports capable of supporting the PLA-Navy. This move pushed India into strengthened relations with their Quadrilateral Security Dialogue (QUAD) partners (Figure 3) and increased naval partnerships throughout the Indo-Pacific to counter Sino influence. The QUAD will likely continue to hinder Chinese regional dominance unless they amend their relationship with India.

Despite the likely reduction in its regional investments, China is likely to achieve a significant degree of regional influence based on the regional dependencies it has already established.

To reduce the Western influence in the region, China is likely to position itself as the regional economic and security partner of choice. Economically, Beijing is highly likely to use BRI-like infrastructure development initiatives to foster economic dependencies and develop influence in neighboring countries through trade agreements. Its trade with Asian countries accounts for half of China’s exports, while key U.S. Allies (e.g., Australia, Taiwan, South Korea, and Japan) have trade surpluses (Figure 4). Decisions on who can access its growing domestic market will shape regional trade.

If Beijing maintains its regional export and economic power, its partnership opportunities will likely increase. Chinese financial and export strength provides natural conduits to the rest of the region through signed agreements like the Regional Comprehensive Economic Partnership and an agreement between ASEAN and China to officially upgrade their ties to a comprehensive strategic partnership. The economic dependencies are likely to complicate international consensus on economic sanctions directed towards China.

China is also likely to increase participation in UN peacekeeping missions and disaster relief and participate in combined training exercises throughout the South China Sea to demonstrate its reliability as a security partner. Foreign Military Sales, including with U.S. partners such as Thailand, increase opportunities for the PLA to engage with regional militaries and strengthen relationships. 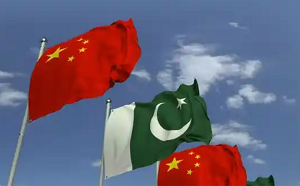 Still, the geopolitical benefit outweighs the cost if the isolation forces India to reach an accommodation with China and downgrade its relationship with the US.

Beijing faces challenges in becoming the economic and security partner of choice. As discussed earlier, the continued expansion of the BRI strains China’s corporate debt and public debt levels, likely threatening financing for future infrastructure development projects. Its claims to disputed islands in their near seas and continued aggression toward Taiwan continue to cause friction, increase tension, and erode trust. The disputes are certain to push their SE Asian neighbors further toward security cooperation with the US, regardless of their economic ties.

Overall, China’s chances are a little less likely to earn the required trust from its neighbors and drive the US out of the region, primarily due to the tension between their regional neighbors’ economic ties to China, but also due to security relationships with the US.

China must build an effective PLA and A2AD capability (Figure 5) to develop a credible threat of hard power and deter intervention. Modernization through the development of precision-guided munitions, hypersonic glide vehicles, UAVs, cyber-warfare, and intelligentization enabling complex thinking and decision-making will likely provide an A2AD advantage. To this end, the PRC has invested billions of dollars in military modernization and reorganized the PLA into joint commands while increasing joint exercises with Russia and Iran. The modernization mainly focuses on deterring Western military interventions in the region.

The PLA faces significant modernization challenges due to its deep-seated culture of over-centralization of command authority, top-down control of military assets, and failure to incorporate the style of decentralized mission command demanded by technology-driven future warfare. They currently lack a plan to prioritize incorporating new technologies into their training strategy to challenge their soldiers to fight and win in a complex multi-domain environment.

Still, China is likely to achieve this goal due to its ambitions to reach parity with the West and its ability to radiate sharp power regionally.

If you enjoyed this post, check out the comprehensive report — China 2049: The Flight of a Particle Board Dragon — from which it was excerpted…

… as well as the following related TRADOC G-2 and Mad Scientist content:

The Most Consequential Adversaries and associated podcast, with

* Forcastica’s analysts used Kesselman’s List of Estimative Words (below) to express estimative probability in deciding the likelihood of China’s success across a spectrum of actions they determined necessary to become the world’s dominant power by 2049. 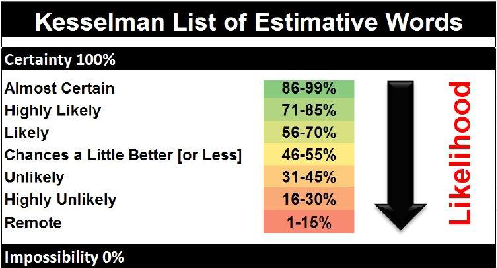