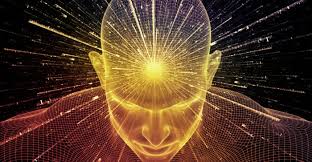 (Editor’s Note: Mad Scientist Laboratory is pleased to present the following post by repeat guest blogger Mr. Victor R. Morris. Strap in and prepare yourselves for a mind-expanding discussion on the competition field’s application of quantum field theory to political warfare and the extended battlefield!
Mr. Morris’ previous post addressing the cross-domain effects of human-machine networks may be read here.)

The competition field is a field of fields. It is the unification of physical, information, electromagnetic and cyber, political warfare, and extended military battle fields manifested through cross-field synergy and information feedback loop. 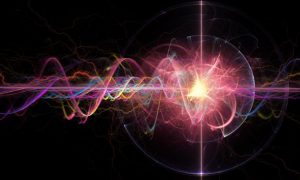 The concept applies quantum field theory to political warfare and the “extended battlefield,” where Joint and multinational systems are the quanta of these fields, prone to excitable states like field quanta. In quantum mechanics, “quanta” refers to the minimum amount of physical entity involved in an interaction, like a photon or bit. The concept also unites the “Gray Zone” with the political warfare field interacting with the extended military battlefield.

War/conflict, “Gray Zone,” and peace manifest based on uncertain, yet probability-determined interactions that drive decision-making, effects, and learning to continue the feedback loop of finite information. In the competition field, competition is relative or relational to information. Information does not measure what is known, but the probabilities of something. The competition field correlates the scientific and granular notions of information with the Operational Environment’s fields (also called domains) and physical systems during interactions. Systems are quantized like subatomic particles in the form of Centers of Gravity (COG), subsystems, critical factors, flows, nodes, and entities. 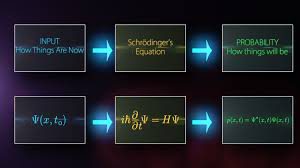 System and particle interactions are uncertain and not deterministic predictions described in exporting security as preventive war strategy and Newtonian physics. Measures short of war and war itself (i.e., violent or armed competition) are interactions in the competition field based on convergence, acceleration, force, distance, time, and other variables. Systems or things do not enter into relations; relations ground the notion of the system.

The information environment is also a field of fields. It exists with the physical, electromagnetic, cyberspace, and space-time fields in the competition field. In Joint doctrine, this is the holistic operational environment. Quantum mechanic’s granularity, relationality, and uncertainty of this field are described in the cognitive, informational, and physical dimensions. 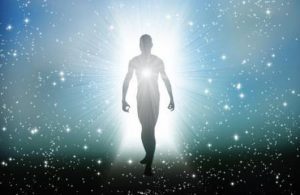 These dimensions or fields include the quanta of human beings, Internet of Things (IoT), data, and individual or group decision-making. The cognitive dimension encompasses the minds of those who transmit, receive, and respond to or act on information.

The cognitive dimension is the most important component of the information environment and influences decision-making in the competition field. The scientific notion of information and probability of occurrence measurement are the largest contributors to understanding quantum physics and the concept of competition.

Colonel John Boyd, a military strategist, was a student of Sun Tzu and Clausewitz and studied military history to see where concepts overlapped and diverged. He knowingly or unknowingly described quantum mechanic’s postulates when he critiqued Clausewitz’s center of gravity concept. He suggested finding the thing that allows the organic whole to stay connected and breaking down those connections. 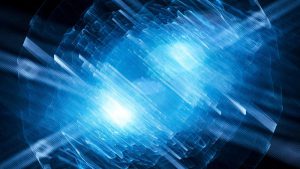 Additionally, what Clausewitz described as polarity, intelligence, and friction are information at the quantum state. Position, momentum, spin, and the polarization of entangled particles are measured and correlated. The constant exchange of relevant and irrelevant information occurs as competition field quanta interact in the competition continuum.

In this vision, Joint and multinational systems are their own fields, oscillating in the political and extended military battle fields. Interactions manifest forces to exploit windows of superiority, seize the initiative, and attain positions of relative advantage in the competition continuum. Interagency and intergovernmental systems are also manifested in granular and relational manners to enable these objectives. This is only possible through combination, cooperation, and information.

The competition field attempts to explain the relationship between the holistic operational environment and physical systems bridging quantum mechanics and geostrategic competition constructs.

Clausewitz said, “War is merely a continuation of policy by other means.” Policy is a continuation of processes and events between interactions. Lethal or non-lethal effects are based on the measurement of possible alternatives enumerated by reciprocal information and the ability to make decisions in the competition field.

4 Replies to “47. Quanta of Competition”