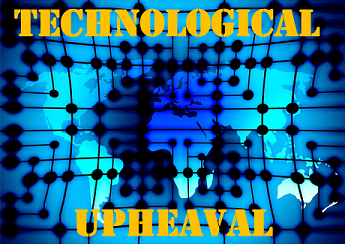 [Editor’s Note:  Mad Scientist Laboratory is pleased to publish the following post by returning guest blogger and proclaimed Mad Scientist Ms. Marie Murphy, addressing how advances in various technologies have the potential to upset the international order and empower individuals and non-state actors.  Read on to learn who will be the winners and losers in this technological upheaval!] 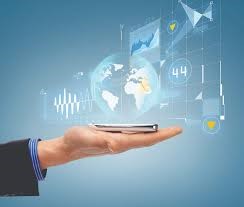 Access to new and advanced technologies has the potential to upset the current power dynamic of the world. From the proliferation of smartphones to commercially available software and hardware, individuals and states that were previously discounted as threats now have the potential to launch sophisticated attacks against powerful international players. Power will no longer remain in the upper echelons of society, where it is primarily held by national governments, multinational corporations, and national news services. These groups are losing their information dominance as individuals, local authorities, and other organizations now have the ability to access and distribute unfiltered information at their fingertips.1 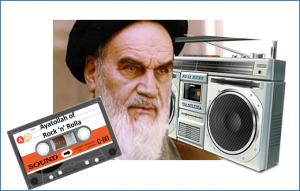 A historical example of technology altering the balance of power are cassette tapes. Ayatollah Khomeini used cassette tape recordings to deliver sermons and direct the Iranian Revolution when exiled in Paris, while the United States observed the use of cassette tapes by the USSR in the spreading of communist propaganda.2 A new technology in the hands of empowered individuals and states allowed for events to transpire that otherwise would not have been possible with the same speed and effectiveness. Adaptation of technology created new agency for actors to direct movements from thousands of miles away, forever shaping the course of history. 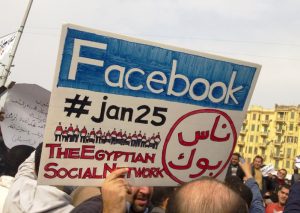 A more contemporary example is the role of smartphones and social media in the Arab Spring. These new disruptive technologies enabled the organizing of protests and the broadcasting of videos in real time, eclipsing traditional journalism’s ability to report.3 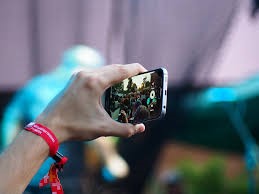 Technologically sophisticated international actors, such as the United States and the European Union, will maintain the capacity to manage the growth and use of technology within their own borders without adversely affecting governance. However, the increased availability of these technologies may strain civil/government relations in both developing countries and authoritarian systems.4 Technologies such as smartphones and the ability to instantly transmit data may force governments to be accountable for their actions, especially if their abuses of power are recorded and distributed globally by personal devices. At the same time however, “smart” devices may also be used by governments as instruments of social control, repression, and misinformation. 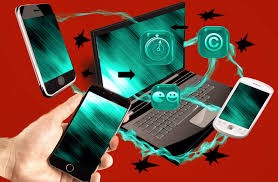 Technology also affords non-state actors new methods for recruiting and executing operations.  Technology-enabled platforms have allowed these groups to network near instantaneously across borders and around the world in a manner that would have been impossible prior to the advent of the digital age.5 A well-known example is the use of social media platforms by terrorist groups such as al-Qaeda and ISIS for propaganda and recruitment. These groups and others, such as Hezbollah and the political opposition in Venezuela, have deployed drones for both reconnaissance and as lethal weapons.6 The availability of these information age technologies has enabled these groups to garner more power and control than similar organizations could have done in the past, posing a real threat to major international actors.

There is an extremely high chance of future political disruption stemming from technological advancement. There are some who predict a non-polar power balance emerging. In this scenario, the world is dominated by dozens of technologically capable actors with various capabilities. “Hyperconnected,” developed states such as Sweden, Finland, and Israel may become greater international players and brokers of technologically backed global power. “Partially-connected” nations, today’s developing world, will face multiple challenges and could possibly take advantage of new opportunities due to the proliferation of technology. Technologically empowered individuals, groups, or neighboring states may have the ability to question or threaten the legitimacy of an otherwise weak government. However, in these “partially-connected” states, technology will serve to break down social barriers to equalize social discourse among all strata of society. Other predictions suggest the dissolution of national boundaries and the creation of an “interconnected state” comprised of different national laws without borders in a virtual space.7 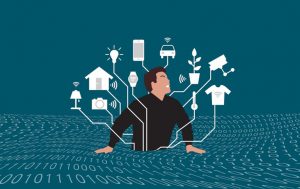 Democracy itself is evolving due to technological innovation. Increasing concerns about the roles of privacy, big data, internet security, and artificial intelligence in the digital age raise the following questions: how much does technology influence and control the lives of people in democratic countries, and what effect does this have on politics? Algorithms control the advertisements on the internet based on users’ search history, the collection and sale of personal data, and “fake news” which affects the opinions of millions.8  While these technologies provide convenience in the daily lives of internet-connected citizens, such as recommending items for purchase on Amazon and other platforms, they also lead to an erosion of public trust, a pillar upon which democracy is founded. Democracies must remain vigilant regarding how emerging technologies influence and affect their people and how governments use technology to interact with its citizens. 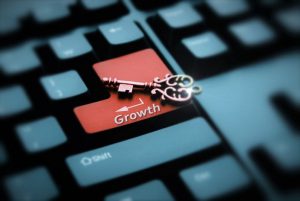 The changing geopolitical dynamics of the world is inextricably linked with economic power, and increasing economic power is positively correlated with technological advancement. Power is becoming more diffused as Brazil, Russia, India, China, and South Africa (i.e., the BRICS states), the Philippines, Mexico, Turkey, and others develop stronger economies. States with rising economic power may begin to shun traditional global political and economic institutions in favor of regional institutions and bilateral agreements.9 There will be many more emerging markets competing for market share,10 driving up competition and forcing greater innovation and integration to remain relevant. 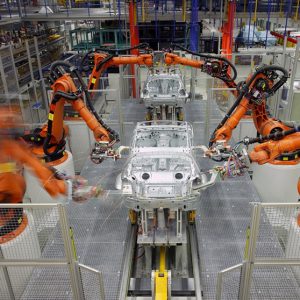 One of the major factors of the changing economic landscape is the growth of robotics use. Today these technologies are exclusive to world economic leaders but are likely to proliferate as more technological advancements make them cost-effective for a wider range of industries and companies. The adaptation of artificial intelligence will also dictate the future success of businesses in developed and emerging economies. It is important for governments to consider “retraining programs” for those workers laid off by roboticization and AI domination of their career fields.11 Economically dominant countries of the future will be driven by technology and hold the majority of political power in the political arena. These states will harness these technologies and use them to increase their productivity while training their workforce to participate in a technologically aided market.

The Winners and Losers of the Future:

Modern power players in the world will have to adapt to the changing role of technology, particularly the influence of technology-empowered individuals. Technology will change how democracies and other political systems operate both domestically and on the world stage. The major international players of today will also have to accept that rising economic powers will gain more influence in the global market as they are more technologically enabled. As power becomes more diluted when states gain equalizing technology, the hegemony of the current powers that lead international institutions will begin to lose relevancy if they do not adapt.

… and crank up Bob Marley and the Wailers‘ Get Up, Stand Up!

Marie Murphy is a junior at The College of William and Mary in Virginia, studying International Relations and Arabic. She is a regular contributor to the Mad Scientist Laboratory; interned at Headquarters, U.S. Army Training and Doctrine Command (TRADOC) with the Mad Scientist Initiative during the Summer of 2018; and is currently a Research Fellow for William and Mary’s Project on International Peace and Security.

4 China is a unique case here because it’s a major developer of technology and counter-technology systems which block the use of certain devices, applications, or programs within their borders. But Chinese people do find loopholes and other points of access in the system, defying the government.

6 “Drone Terrorism Is Now a Reality, and We Need a Plan to Counter the Threat.” International Security: Fragility, Violence and Conflict, World Economic Forum, 20 Aug. 2018, www.weforum.org/agenda/2018/08/drone-terrorism-is-now-a-reality-and-we-need-a-plan-to-counter-the-threat.

One Reply to “130. Trouble in Paradise: The Technological Upheaval of Modern Political and Economic Systems”