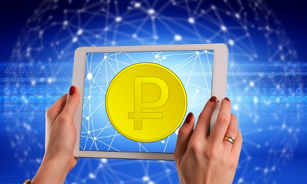 [Editor’s Note:  While the prediction above is drawn from a podcast that posits an emerging tech cold war between China and the U.S., the quest for digital sovereignty and national cryptocurrencies is an emerging global trend that portends the fracturing of the contemporary internet into national intranets.  This trend erodes the prevailing Post-Cold War direction towards globalization.  In today’s post, Mad Scientist Laboratory welcomes back guest blogger Dr. Mica Hall, who addresses 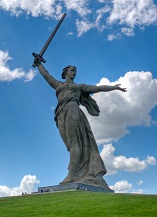 Russia’s move to adopt a national cryptocurrency, the cryptoruble, as a means of asserting its digital sovereignty and ensuring national security.  The advent of the cryptoruble will have geopolitical ramifications far beyond Mother Russia’s borders, potentially ushering in an era of economic hegemony over those states that embrace this supranational cryptocurrency. (Note:  Some of the embedded links in this post are best accessed using non-DoD networks.)]

At the nexus of monetary policy, geopolitics, and information control is Russia’s quest to expand its digital sovereignty. At the October 2017 meeting of the Security Council, “the FSB [Federal Security Service] asked the government to develop an independent ‘Internet’ infrastructure for BRICS

nations [Brazil, Russia, India, China, South Africa], which would continue to work in the event the global Internet malfunctions.” 1 Security Council members argued the Internet’s threat to national security is due to:

This echoes the sentiment of Dmitry Peskov, Putin’s Press Secretary, who stated in 2014,

“We all know who the chief administrator of the global Internet is. And due to its volatility, we have to think about how to ensure our national security.”3

At that time, the Ministry of Communications (MinCom) had just tested a Russian back-up to the Internet to support a national “Intranet,” lest Russia be left vulnerable if the global Domain Name Servers (DNS) are attacked. MinCom conducted “a major exercise in which it simulated ‘switching off’ global Internet services,” and in 2017, the Security Council decided to create just such a backup system “which would not be subject to control by international organizations” for use by the BRICS countries.4

While an Internet alternative (or Alternet) may be sold to the Russian public as a way to combat the West’s purported advantage in the information war, curb excessive dependency on global DNS, and protect the country from the foreign puppet masters of the Internet that “pose a serious threat to Russia’s security,”5 numerous experts doubt Russia’s actual ability to realize the plan, given its track record.

Take the Eurasian Economic Union (EAEU), for example, an international organization comprised of Russia, Kazakhstan, Kyrgyzstan, Armenia, and Belarus. Russia should be able to influence the EAEU even more than the BRICS countries, given its leading role in establishing the group. The EAEU was stood up in January 2016, and by December, “MinCom and other government agencies were given the order to develop and confirm a program 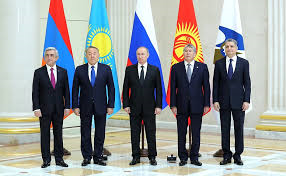 for the ‘Digital Economy,’ including plans to develop [it in] the EAEU.”6 As Slavin observes, commercial ventures have already naturally evolved to embrace the actual digital economy: “The digital revolution has already occurred, business long ago switched to electronic interactions,”7 while the state has yet to realize its Digital Economy platform.

Changing the way the government does business has proven more difficult than changing the actual economy. According to Slavin, “The fact that Russia still has not developed a system of digital signatures, that there’s no electronic interaction between government and business or between countries of the EAEU, and that agencies’ information systems are not integrated – all of that is a problem for the withered electronic government that just cannot seem to ripen.”8 The bridge between the state and the actual digital economy is still waiting for “legislation to support it and to recognize the full equality of electronic and paper forms.”9 Consequently, while the idea to create a supranational currency to be used in the EAEU has been floated many times, the countries within the organization have not been able to agree on what that currency would be.

The cryptoruble could be used to affect geopolitical relationships. In addition to wielding untraceable resources, Russia could also leverage this technology to join forces with some countries against others. According to the plan President Putin laid out upon announcing the launch of a cryptoruble, Russia would form a “single payment space” for the member states of the EAEU, based on “the use of new financial technologies, including the technology of distributed registries.”10 Notably, three months after the plan to establish a cryptoruble was announced, Russia’s Central Bank stated the value of working on establishing a supranational currency to be used either across the BRICS countries or across the EAEU, or both, instead of establishing a cryptoruble per se.11 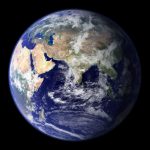 This could significantly affect the balance of power not only in the region, but also in the world. Any country participating in such an economic agreement, however, would subject themselves to being overrun by a new hegemony, that of the supranational currency.

As long as the state continues to cloak its digital sovereignty efforts in the mantle of national security – via the cryptoruble or the Yarovaya laws, which increase Internet surveillance – it can continue to constrict the flow of information without compunction. As Peskov stated, “It’s not about disconnecting Russia from the World Wide Web,” but about “protecting it from external influence.”12 After Presidents Putin and Trump met at the G20 Summit in July 2017, MinCom Nikiforov said the two countries would establish a working group “for the control and security of cyberspace,” which the U.S. Secretary of State said would “develop a framework for cybersecurity and a non-interference agreement.”13 Prime Minister Medvedev, however, said digitizing the economy is both “a matter of Russia’s global competitiveness and national security,”14 thus indicating Russia is focused not solely inward, but on a strategic competitive stance. MinCom Nikiforov makes the shortcut even clearer, stating, “In developing the economy, we need digital sovereignty,”15 indicating a need to fully control how the country interacts with the rest of the world in the digital age. 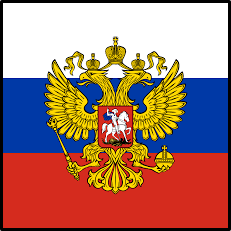 The Kremlin’s main proponent for digital sovereignty, Igor Ashmanov, claims, “Digital sovereignty is the right of the government to independently determine what is happening in their digital sphere. And make its own decisions.” He adds, “Only the Americans have complete digital sovereignty. China is growing its sovereignty. We are too.”16 According to Lebedev, “Various incarnations of digital sovereignty are integral to the public discourse in most countries,” and in recent years, “The idea of reining in global information flows and at least partially subjugating them to the control of certain traditional or not-so-traditional jurisdictions (the European Union, the nation-state, municipal administrations) has become more attractive.”17   In the Russian narrative, which portrays every nation as striving to gain the upper hand on the information battlefield, Ashmanov’s fear that, “The introduction of every new technology is another phase in the digital colonization of our country,”18 does not sound too far-fetched. 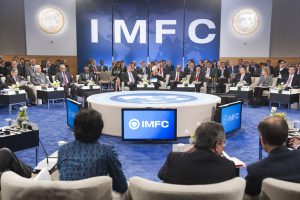 The conspiracy theorists to the right of the administration suggest the “global world order” represented by the International Monetary Fund intends to leave Russia out of its new replacement reference currency, saying “Big Brother is coming to blockchain.”19 Meanwhile, wikireality.ru reports the Russian government could limit web access in the name of national security, because the Internet “is a CIA project and the U.S. is using information wars to destroy governments,” using its “cybertroops.”20 As the site notes, the fight against terrorism has been invoked as a basis for establishing a black list of websites available within Russia. Just as U.S. citizens have expressed concerns over the level of surveillance made legal by the Patriot Act, so Russian netizens have expressed concerns over the Yarovaya laws and moves the state has made to facilitate information sovereignty. 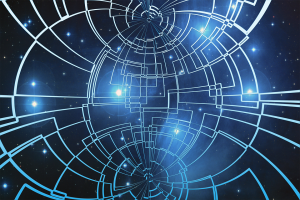 According to the Financial Times, “This interest in cryptocurrencies shows Russia’s desire to take over an idea originally created without any government influence. It was like that with the Internet, which the Kremlin has recently learned to tame.”21 Meanwhile, a healthy contingent of Russian language netizens continue to express their lack of faith in the national security argument, preferring to embrace a more classical skepticism, as reflected in comments in response to a 2017 post by msmash called, “From the Never-Say-Never-But-Never Department,” — “In Putin’s Russia, currency encrypts you!”22 To these netizens, the state looks set to continue to ratchet down on Internet traffic: “It’s really descriptive of just how totalitarian the country has become that they’re hard at work out-Chinaing China itself when it comes to control of the Internet,” but “China is actually enforcing those kind of laws against its people. In Russia, on the other hand, the severity of the laws is greatly mitigated by the fact that nobody gives a **** about the law.”23 In addition to suggesting personal security is a fair price to be paid for national security via surveillance and Internet laws, the state appears poised to argue all information about persons in the country, including about their finances, should also be “transparent” to fight terrorism and crime in general.