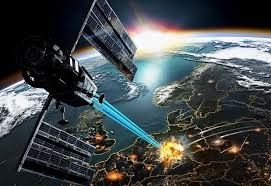 The image of the “space war” is ubiquitous from popular Cold War and contemporary renderings:  fast attack fighters equipped with laser cannons, swooping in to engage the enemy fleet in an outer space dogfight, culminating with the cataclysmic explosion of the enemy’s dreadnought. The use of directed energy in this scenario, while making for good entertainment, is a far cry from the practical applications of directed energy in space out to 2050. Taking a step back from the thrilling future possibilities of space combat, it is important to note that it is not a question of when lasers will be put into space — they already have been. What is uncertain is the speed at which lasers and other forms of directed energy will be weaponized, and when these capabilities will be used to extend conflict into the physical domain of low-earth orbit and outer space.

Since 2003, NASA has used a laser mounted on a satellite to measure ice sheets and conduct other environmental studies and mapping. This mission involved the constant emission of a green laser, split into six beams, reflecting off polar ice and returning photons to the satellite.1  NASA is presently exploring the use of lasers for communications, a technology with abundant military applications. One such program,  undertaken jointly by NASA and private industry, is the use of optical, or laser, communications between space assets and ground stations on Earth. These optical transmissions have the benefit of allowing the communication

of a much greater volume of data in a more secure fashion, when compared with radio communications.2   Lasers represent an increase in communications security because they are very difficult to intercept due to their narrow beam. In contrast, radio signals are broadcast widely, and as such are more easily intercepted.3 The use of lasers allows for much more effective communications between space assets and Earth and would facilitate exploration deeper into space.

A study of lasers in orbit acting on other objects also in orbit by researchers from the Information and Navigation College, Air Force Engineering University, Xi’an, China, received international attention in the beginning of 2018.4 This study demonstrated the possibility of using lasers to help remove “space junk.” This debris presents a major challenge for every space actor because particles as small as flecks of paint can cause damage to orbiting assets, given their high velocities.5  The Chinese proposal involved a space-based laser strong enough to vaporize a portion of the object’s mass, altering its flight path enough to cause it to de-orbit, resulting in its re-entry and burning up in the atmosphere. 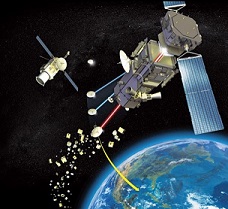 This “space broom” may be the solution the international community is looking for regarding space debris; however, it has raised some eyebrows in the scientific and defense communities. There is concern that the type and strength of this laser could present a dual-use potential for military application, such as satellite sabotage or the destruction of space assets, in the event of conflict on Earth escalading to the level of physically attacking a competitor’s assets in space.6

A “new” directed energy technology, which is an alternative to an optical laser beam in the military context, is an older idea: neutral particle beams. Originally researched during and after the Cold War, this technology is beginning to catch up with imagination. Michael Griffin, the Department of Defense Under Secretary of Defense for Research and Engineering, explained that, 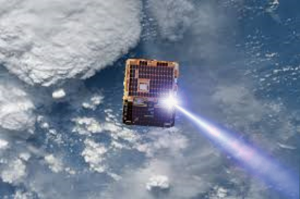 “directed energy is more than just big lasers… that’s important. High-powered microwave approaches can affect an electronics kill. The same with the neutral particle beam systems we explored briefly in the 1990s.” What makes this kind of technology militarily attractive is that it is non-attributable. It does not leave a residue, so it is impossible to determine the exact source or cause of any damage. Both optical lasers and neutral particle beams travel in straight lines, can penetrate atmospheres, and collide with targets at or nearly at the speed of light, making these technologies untraceable, invisible weapons.7

So, what will space war in 2050 really look like? Cyber war is already being waged in space, with cyber operations from around the world transmitted via satellite on a near-constant basis — this will most certainly continue. But the ramifications are only felt on Earth.

One potential space-to-earth military application for orbiting directed energy assets that is already under consideration today, and that may be operational by 2050, is the use of lasers to intercept ballistic missiles during their boost phase.8  Space war using directed energy in 2050 may also involve satellite-to-satellite communications and targeting, potentially giving states the ability to disable, damage, or destroy space assets from other satellite-mounted directed energy systems.

As more advanced technologies proliferate, new debates will open up about the acceptable usage of space. But while these discussions are ongoing, near-peer adversaries will act. Space is the new frontier for military conflict and abiding by the spirit of the Outer Space Treaty of 1967 may begin to seem limiting to technological and defense progress necessary for maintaining national security. Near-peer adversaries will continue to seek the next military advantage, and they have already begun to look for it amongst the stars. 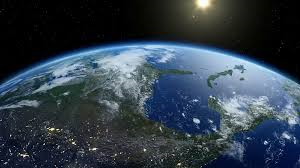 Marie Murphy is a junior at The College of William and Mary in Virginia, studying International Relations and Arabic. She is a regular contributor to the Mad Scientist Laboratory, interned at Headquarters, U.S. Army Training and Doctrine Command (TRADOC) with the Mad Scientist Initiative during the Summer of 2018, and is currently a Research Fellow for William and Mary’s Project on International Peace and Security.