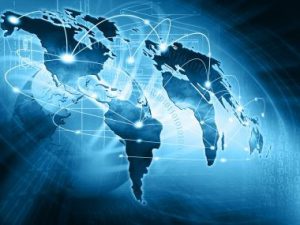 The world is becoming increasingly digitized, and there is a rising threat from online organizations that could mimic and come to rival governments. These virtual nations are cyber communities which have succeeded in gaining power, influence, or capital comparable to that of a nation-state, posing a unique security threat that does not respond to traditional Army methodology and technology.

There are two broad categories of virtual nations. The first is when a nation-state digitizes all of its information and government services, potentially offering programs such as e-Residency. Estonia was the first digital nation and leads the pack in this technology. The second are virtual nations not supported by any government, existing only online, such as Asgardia, which recently launched a nanosatellite into orbit containing its citizens’ data[i]. These organizations are called nations by virtue of sign-up based “citizenship” and a political or ideological allegiance. Both categories rely on blockchain technology to maintain their operations[ii].

The latter category possesses the greater threat potential towards the US and its military. By 2050, as certain ideologically based online communities become more prolific and organized, members may begin to feel a stronger attachment and sense of belonging to their online identity than to their nationality[iii]. Once virtual nations are large enough to have power and control over the beliefs and actions of their citizens, they may begin to demand official recognition. They would already possess internal recognition: everyone within the nation believing that it is a nation. The second type of recognition, external, is granted through recognition by an outside body[iv] and signifies its legitimacy (which can take multiple forms, from terrorist organization all the way to governing entity).

It is highly unlikely that virtual nations will be officially recognized by 2050. If this becomes the case in the far distant future, the US Army is bound by its own doctrine and rules of engagement, as well as by international law and UN convention. This is the preferable scenario because it allows the Army to follow the combat and operation rules with which it is already familiar.

As of now, there is no official recognition for virtual nations. This makes virtual nations more dangerous because there is no external accountability or regulation. The idea of virtual nations will grow in popularity as some people become disenfranchised with their state government and search in larger numbers for organizations of other like-minded people online. Negotiation and diplomacy may not be options with virtual nations, enabling and possibly incentivizing sudden and unilateral action.

Rome wasn’t built in a day, and neither was the modern nation-state, which will not be quickly supplanted. However, the political power of the nation-state will start to decline as virtual nations begin to offer comparable services and security. Legitimate government actions may blend in with those of individuals and non-state actors in a haze of anonymity[v]. Given that virtual nations are not yet prolific enough to have a significant impact on operations and global society, there are several key questions that the Army should begin to examine now, ranging from operational to legal and moral:

• How can the Army modernize to defend against attacks not only from isolated cyber groups or nation-state supported hacking efforts, but from massive online organizations with widely distributed membership?

• What happens when the plurality of people belong to virtual nations and they value their doctrine above that of their nation-state?

• What is the protocol if cyber war extends to the physical or conventional domain?

• Can the US Army legally and ethically conduct targeted cyber or physical strikes against civilians who are involved in a cyber-attack or acts of cyber warfare? If so, who is targeted if the attack comes from multiple different dispersed systems?

• Are the people behind the computer screen writing malicious code viewed as combatants?

Considering this plethora of unknowns, there are some steps that the Army can take today and in the future to prepare for the rise of this new type of organization:

There is a need to update Army doctrine addressing how the Army would engage in cyber war against a virtual nation or similar organization[vi]. Such a conflict will involve consistent and coordinated efforts from participants in multiple countries without state affiliation. These nations can amass support and launch or counter actions much quicker than the Army is used to, and the lack of adversary proximity presents a logistical and operational challenge for the Army. Doctrinal changes made in 2013 continued to emphasize human capabilities after a decade of intensive COIN (counter-insurgency) operations. However, there is still a gap in understanding how CEMA (cyber-electromagnetic activities) and IO (information operations) should work together in synchronicity to fight virtual threats[vii]. Closing this gap would bring the Army one step closer to optimally operating in the digital domain and effectively using all of the tools at its disposal.

The Army should also continue expanding its cyber force, investing in drones (which could drop small payloads on servers that facilitate attacks or acts of cyber warfare), and making improvements on technologies that can decrypt and trace online accounts to their owners. The Army will also need an updated database of potentially hostile virtual nations and their capabilities. These future capabilities will require closer interactions with the Intelligence Community (IC).

The future may bring a world where a person’s identity is not based on their geography but on their, political, entrepreneurial, or ideological subscriptions. The Army will not just combat government-sponsored or fringe hacking groups in 2050. These virtual nations pose a unique threat to the US because they are not deterred or combatted through traditional doctrine and tactics.

Special recognition belongs to USAF Lt. Col. Jennifer “JJ” Snow for her inspiring research and writing on this topic.

Marie Murphy is a rising junior at The College of William and Mary in Virginia, studying International Relations and Arabic. She is currently interning at Headquarters, US Army Training and Doctrine Command (TRADOC) with the Mad Scientist Initiative.