With the Holiday celebrations behind us, Mad Scientist Laboratory believes a retrospective of FY17 is in order to recap the key points learned about the Future Operational Environment (OE).

Our first event in 2017 was the Robotics, Artificial Intelligence, and Autonomy Conference, facilitated with Georgia Tech Research Institute (GTRI) in Atlanta, Georgia, 7-8 March 2017. Key findings that emerged from this event include:

All things in the future OE will be smart, connected, and self-organizing. The commercial Internet of Things (IoT) will turn into a militarized Internet of Battle Things (IoBT). 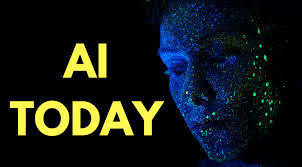 Narrow Artificial Intelligence (AI) is here today and is beginning to show up on the battlefield. Near peer competitors and non-state actors will have access to these technologies on pace with the United States due to commercial and open source availability of algorithms. 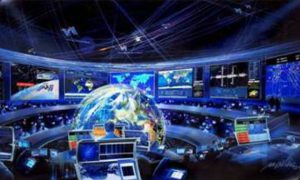 AI and humans must co-evolve. It is not clear that the singularity (i.e., AI leading to a “runaway reaction” of self-improvement cycles, ultimately resulting in a super intelligence far surpassing human intelligence) will be realized in the period leading up to 2050. Human teaming with AI enablers will be the best instantiation of general intelligence supporting Commanders on the future battlefield. Next steps towards singularity are systems that can reflect, have curiosity, and demonstrate teamwork. 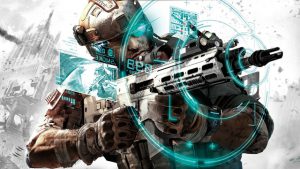 The physical and virtual spaces will merge. Augmented and virtual reality will become more than a gaming platform focused on entertainment but a global communication platform delivering unique expertise to the battlefield to include medical and language skills. 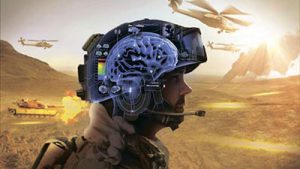 Convergence is a key attribute in all aspects of the future battlefield. Expect convergence of capability, sensors, power onto systems, uniforms, and in the far term humanity itself.

Our Enemy after Next Conference, facilitated with NASA Langley Research Center in Hampton, Virginia, on 11-12 April 2017 led to the following conclusions: 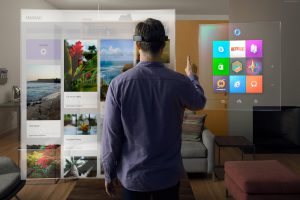 Information Warfare is taking on new meaning. Humans now have a personal relationship with their information and virtual reality and holograms in your living room will create new opportunities for swaying populations. 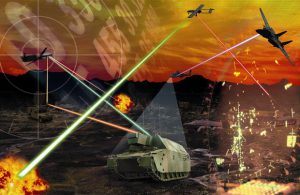 Major competitions in the war after next include – cyber-attack vs AI, stealth vs detection, directed energy vs hardening, space vs counter-space, strikers vs shielders. 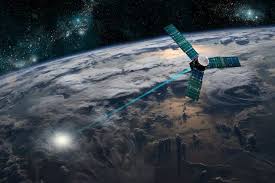 We are in a 10 year window of a change in how we think about space. Space is now competitive as Super-Empowered Individuals, non-state actors, and near peer competitors have near equal access. One major game changer is the commercial move towards a Low Earth Orbit space constellation consisting of thousands of small satellites. 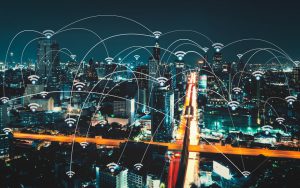 There is a real tension between the idea that ubiquitous sensors and real time upload of data onto the cloud will make it impossible to hide and that the near equal access of capabilities across all parties will make war constant. 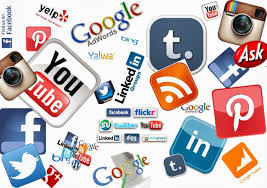 The definition of maneuver should be expanded to include maneuvering ideas as well as forces to a position of advantage. A globally connected world and social media platforms have amplified the importance of ideas and the information dimension. 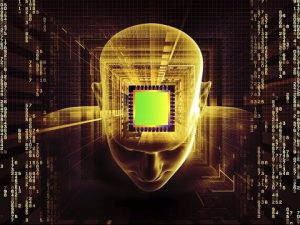 Bio convergence with advanced computing is happening at the edge. Humans will become part of the network connected through their embedded and worn devices. From transhumanism to theorizing about uploading the brain, it will not be the IoT but the internet of everything (including humans). 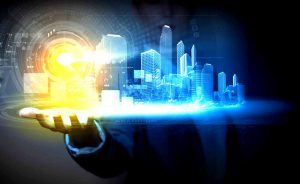 Smart cities are leaving the edge and early adopters and becoming mainstream. The data collected by billions of sensors will be a treasure trove for the country and Armed forces that learn to exploit. Passive collection of this information might be a significant advantage in winning the hiders v finders competition. 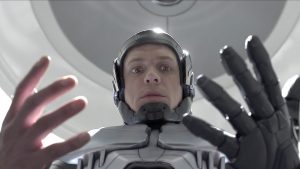 Cognitive enhancement and attacking the brains (neurological system) of humans is not science fiction. The U.S. Army should establish a PEO for Soldier Enhancement to bring unity of purpose to a range of capabilities from physical/mental enhancement with wearables, embeddables, stimulants, brain gyms, and exoskeletons. 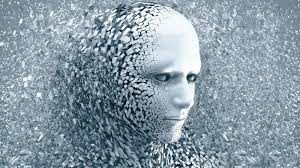 Human enhancement, the unlocking of the genome, and improving artificial intelligence will stress the Army’s policies and ethics. In any case, our 4 + 1 potential adversaries are exploring using all three of these capabilities as a way to gain advantage over U.S. Forces. This is not a 2050 problem but more than likely a 2030 reality.

The Mad Scientist Initiative employs Crowdsourcing and Story Telling as two innovative tools to help us envision future possibilities and inform the OE through 2050. In our FY17 Science Fiction Writing Contest, we asked our community of action to describe Warfare in 2030-2050. We received an overwhelming response of 150 submissions from Mad Scientists around the globe. From them, we discerned the following key themes: 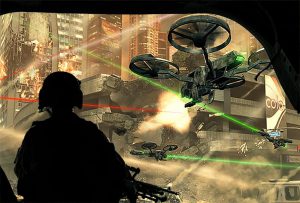 Virtually every new technology is connected and intersecting to other new technologies and advances. Convergence frequently occurred across numerous technologies. Advances in materials, AI, drones, communications, and human enhancement amplified and drove one another across multiple domains. 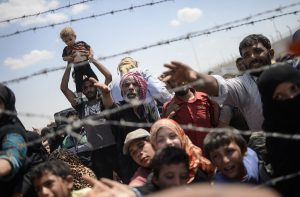 A major cultural divide and gulf in understanding still existed between different populations even with developments in technology (including real-time language translators). 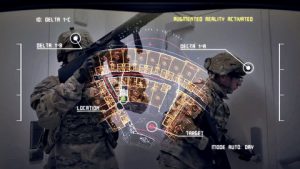 The fully enmeshed communications and sensing residing in future systems made the hiders vs. finders competition ever more important in future conflict settings. 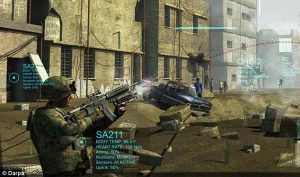 Due to the exponential speed of interaction on the battlefield (during and in between high-intensity conflict), a number of the military units required smaller formations, with large effects capabilities and more authority, and operated under flat and dispersed command and control structures. 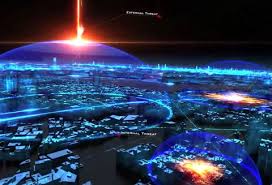 The constant battle for and over information often meant victory or failure for each side.

2018 is shaping up to be even more enlightening, with Mad Scientist conferences addressing Bio Convergence and Soldier 2050 and Learning in 2050. We will also support a Smart and Resilient Installations franchise event, hosted by the Army Secretariat. Stay tuned to the Mad Scientist Laboratory for more information on the year ahead!