“… in calling Moriarty a criminal you are uttering libel in the eyes of the law, and there lies the glory and the wonder of it! The greatest schemer of all time, the organizer of every devilry, the controlling brain of the underworld — a brain which might have made or marred the destiny of nations. That’s the man!” Sir Arthur Conan Doyle’s Sherlock Holmes, describing his arch nemesis, Professor James Moriarty, in The Valley of Fear, published in 1914. 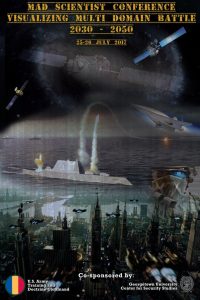 In Professor Moriarty, Conan Doyle created the prototypical Super-Empowered Individual (SEI). Today’s SEIs — far from being fictional characters crafted to entertain readers from a gentler era — are real world, non-state actors that have been empowered by the on-going digital revolution, and are able to target and adversely affect the lives of millions around the globe. Mad Scientists addressed the threat posed by SEIs at the Visualizing Multi Domain Battle 2030-2050 Conference, Georgetown University, 25-26 July 2017.

Characteristics of SEIs include:

• Highly connected and able to reach far beyond their geographic location.

• Often more difficult to trace or attribute responsibility to actions.

• Not beholden to nation-state policies, ethics, or international law.

• Often unpredictable, may not operate or execute like a traditional rational actor. 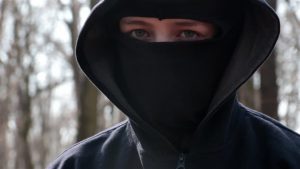 SEI-driven attacks will become increasingly common due to the proliferation of disruptive technologies — smart phones as multi-spectral sensors and jammers; commercial UAVs as precision-guided munitions; and high-powered computers with malware / infoware “weapons” — available to them.

This has been evidenced by the rise in global malware attacks, hacking of vehicles that operate with computers, and information operation campaigns through social media that have influenced policy, disrupted everyday life, and increased global security costs and concerns. 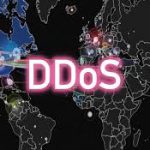 Wired recently reported on several Distributed Denial of Service (DDoS) attacks, launched by SEIs. This article reports that three college students have plead guilty to creating and launching Mirai, “… an unprecedented botnet—powered by unsecured internet-of-things devices like security cameras and wireless routers—that unleashed sweeping attacks on key internet services around the globe,” slowing or stopping the internet for most of the eastern United States. Their motive – “trying to gain an advantage in the computer game Minecraft.”

According to FBI Special Agent Elliott Peterson, “DDoS at a certain scale poses an existential threat to the internet…. Mirai was the first botnet I’ve seen that hit that existential level.”

Cyber capabilities such as this, coupled with the widespread proliferation of deadly technologies and associated tactics, techniques, and procedures, provide SEIs with the capability to disrupt, degrade, and deny Army forces across multiple domains and the reach to interdict them at home station, as well as while deployed. 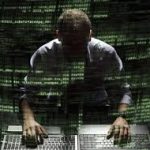 These attacks, however, need not necessarily be broad DDoS operations; SEIs can leverage these disruptive technologies to craft and execute personalized warfare attacks against key leaders, Soldiers, and their families’ via pressure points (e.g., social media, commerce, work, and financial transactions).

An individual armed with a high-powered computer and proficient coding, programming, and/or hacking capabilities could induce as much damage as an entire battalion of conventionally-armed belligerent forces.

These national and global security concerns are only worsened when future SEIs are able to obtain technologies and techniques that today are primarily limited to intelligence agencies. Meanwhile, states’ ability to counter (or even deter) the malicious use of available technologies remains unclear.

SEI’s ability to deliver effects previously limited to state actors raises the following questions regarding what constitutes an act of war:

• What are the boundaries associated with conflict between states and SEIs?

• How does the Army address surveilling, targeting, and engaging SEIs outside of current counterterrorism policy, regulations, and doctrine?

SEIs will impact the Future OE. The Army must address how it will address and counter this growing threat. 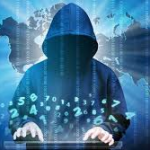 For further discussions on the ramifications of the digital age on geostability, see Dr. David Bray’s presentation on Blurred Lines and Super-Empowered Individuals: Is National Security Still Possible in 2040? presented at Georgetown University.