(Editor’s Note: The Mad Scientist Laboratory is pleased to present Part II of Mr. Nick Marsella’s guest blog post. To read Part I, select this link. If you are interested in submitting a guest post, please select “Guest Bloggers” from the menu above and review the submission instructions)

One of the most critical questions that often gets lost in the passionate pronouncements by those thinking about the future, is why their assessment of a future technology, scenario or trend is important? Some researchers, such as those in academia or some think tanks, can pursue the “future” with a great deal of freedom in the discovery of new knowledge. However, for those “futurists” in Government [and specifically those associated with the military], they face decision makers who need to focus on the “so what?”

As the National Academy of Sciences noted: “A useful forecast provides insights that lead to effective action in the present.”1 Some decisions and actions will include what, when, and how to acquire or invest in technologies or to make organizational changes for the near or midterm [0 to 15 years], while others point to areas for investment in research and development for the far future.

Our estimates, trends analysis and forecasts, and recommended actions such as the adoption of specific technologies, are normally designed to solve one or more of these problem frames:

Our descriptions of the future or of a technology must be clear [avoiding “jargon-monoxide”], concise, and identify the implications for the force, what problem it will solve, what action(s) we recommend, and most importantly the assumptions we are making as well as the risk and confidence we have in our assessment.

For U.S. military forces, with a worldwide mission, some of the questions which often provoke a solution include:

– What capabilities2 do I need which can enhance my capabilities (across many specific functions)? 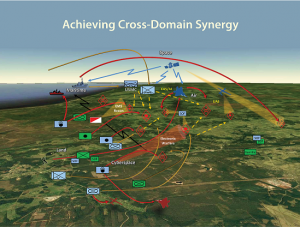 – What capabilities produce an asymmetric advantage?

– What capabilities reduce manpower and costs?

– What capabilities will enable forces [or technology] to operate in all conditions (or maximize abilities to operate in a specific terrain (e.g., dense urban operations)?

In order to be successful in fielding capabilities to solve one of these problem frames, organizations need both a “vision of the future” in order to identify requirements and a system to constantly scan for developments and trends. As General Dempsey, former Commander of U.S. Army Training and Doctrine Command, noted in 2011: “Great organizations learn by continually challenging what they are doing, questioning the assumptions and premises underlying their choices, and identifying potential vulnerabilities, weaknesses, and seeking out alternative approaches, solutions and perspectives.”3

As many experts have noted, an organization must have an effective scanning and sifting process to constantly review new developments in their environment(s) in order to discover ways to build capabilities and to prevent surprise. Our aperture to capture the future must be wide – as Day and Shoemaker (2005) noted – to the “periphery – where the biggest dangers are the ones you don’t see coming.”4

In addition to having a wide aperture looking across timeframes by tapping into all available networks and by establishing and mobilizing search parties, such as the Mad Scientist initiative [Day and Schoemaker used the analogy of a “crow’s nest”], we must be (1) open minded; (2) take a deep dive on the most worrisome findings through such techniques as red vs. blue analysis, and (3) maintain an inherent red teaming process throughout the effort to challenge the finding, insight, observation or recommendation for action.5 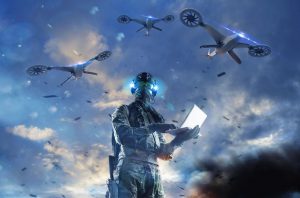 Surprises will happen, especially in the technology arena. The creation of new knowledge is not confined to the U.S. given the globalization of technology. As the Defense Science Board noted in 2009 – having the ability to make “really bad things happen” is no longer the sole province of a few major states. Yet, as we often focus on “game changing” or “disruptive future technologies,” Dr. Paul Bracken of Yale University reminds us that old technology used differently or a combination of old technologies combined can be just as dangerous as new technologies.

Bracken, writing in 2008, noted that while the U.S. must pay attention and even develop new disruptive technologies, we should not lose sight of what he referred to as “sidewise technologies.”6 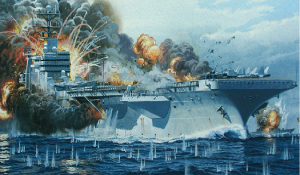 In essence, sidewise technologies are those which combine technologies – such as missiles and Over-the-Horizon radar – to present new challenges and dangers. Even simple technologies such as those used for the IEDs of the past, current and future will challenge us, as will commercial and military unmanned systems of all types.

Thomas Shelling, a Nobel Prize winner noted: “One thing a person cannot do, no matter how rigorous his analysis or heroic his imagination, is to draw up a list of things that would never occur to him.” We must be inquisitive seeking what Peter Schwartz noted in the Art of the Long View as “imaginative leaps into the future” to discover alternative futures.7 But we must also guard against “marching to the sound of the most recent pronouncement” about the future and avoid using experience as our guide without remaining as J.P. Clark noted both “humble and conscious of the limits of experience.”8

Futures work can be frustrating and often wrong. Futures work is important for any organization in shaping its future but only if we provide decision makers clear jargon free recommendations linked to a problem or exploitation of an unseen opportunity. 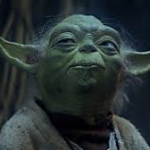 We must be mindful of the cognitive diseases that affect our assessments about the future by being both humble and skeptical. As Yoda, the wise Jedi master in Star Wars noted – “Difficult to see, always in motion is the future.” 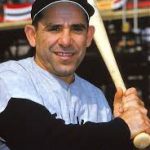 The Bottom line: Assessing the future is critical to remaining competitive, whether in the boardroom or battlefield. As Yogi said – “The future isn’t what it used to be.”


Nick Marsella is a retired Army Colonel and is currently a Department of the Army civilian serving as the Devil’s Advocate/Red Team for Training and Doctrine Command.
__________________________________
1 National Research Council of the National Academies. (2010). Persistent Forecasting of Disruptive Technologies — quote taken from Chapter 1.

2 While increased capabilities are often associated with the acquisition of new technologies (i.e., materiel solutions), it can also be achieved via changes to one or more of the following: Doctrine, Organization, Training, Materiel, Leadership and Education, Personnel, Facilities, and Policy (i.e., DOTMLPF-P).

3 General Dempsey made this quote in a memorandum endorsing the idea of red teaming.

7 Schwartz, P. (2006). The Art of the Long View: Planning for the Future in an Uncertain World. New York: Doubleday.

One Reply to “19. Some Thoughts on Futures Work for the Military Professional (Part II)”