[Editor’s Note: Mad Scientist is pleased to present the following post by a team of guest bloggers from The Strategic Cohort at the U.S. Army Tank Automotive Research, Development, and Engineering Center (TARDEC). Their post lays out a clear and cogent approach to Army modernization, in keeping with the Chief of Staff of the Army GEN Mark A. Milley’s and Secretary of the Army Mark T. Esper’s guidance “to focus the Army’s efforts on delivering the weapons, combat vehicles, sustainment systems, and equipment that Soldiers need when they need it” and making “our Soldiers more effective and our units less logistically dependent.” — The Army Vision,  06 June 2018 ]

“Success no longer goes to the country that develops a new fighting technology first, but rather to the one that better integrates it and adapts its way of fighting….” – The National Defense Strategy (2018).

Executive Summary
While Futures Command and legislative changes streamline acquisition bureaucracy, the Army will still struggle to keep pace with the global commercial technology marketplace as well as innovate ahead of adversaries who are also innovating.

Reverse engineering and technology theft make it possible for adversaries to inexpensively copy DoD-specific technology “widgets,” potentially resulting in a “negative return” on investment of DoD research dollars. Our adversaries’ pace of innovation further compounds our challenge. Thus the Army must not only equip the force to confront what is expected,

but equip the force to confront an adaptable enemy in a wide variety of environments. This paper proposes a framework that will enable identification of strategically relevant problems and provide solutions to those problems at the speed of relevance and invert the cost asymmetry.

To increase the rate of innovation, the future Army must learn to continually assimilate, produce, and operationalize technologies much faster than our adversaries to gain time-domain overmatch. The overarching goal is to create an environment that our adversaries cannot duplicate: integration of advanced technologies with skilled Soldiers and well-trained teams. The confluence of two high level concepts — the Office of the Secretary of Defense’s Mission Engineering and Robert Leonard’s Prototype Warfare (see his Principles of Warfare for the Information Age book) — pave the way to increasing the rate of innovation by operationalizing technology faster to stay ahead of the threat, while simultaneously reducing the cost of technology overmatch.

Mission Engineering
OSD’s Mission Engineering concept, proposed by Dr. Robert Gold, calls for acquisitions to treat the end-to-end mission as the system to optimize, in which individual systems are components. Further, the concept utilizes an assessment framework to measure progress towards mission accomplishment through test and evaluation in the mission context. In fact, all actions throughout the capability development cycle must tie back to the mission context through the assessment framework. It goes beyond just sharing data to consider functions and the strategy for trades, tools, cross-cutting functions, and other aspects of developing a system or system of systems. 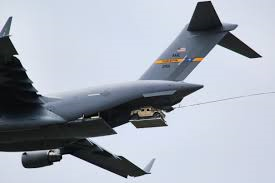 Consider the example mission objective of an airfield seizure. Traditional thinking and methods would identify an immediate needed capability for two identical air droppable vehicles, therefore starting with a highly constrained platform engineering solution. Mission Engineering would instead start by asking: what is the best way to seize an airfield? What mix of capabilities are required to do so? What mix of vehicles (e.g.,  Soldiers, exoskeletons, robots, etc.) might you need within space and weight constraints of the delivery aircraft? What should the individual performance requirements be for each piece of equipment?

Mission Engineering breaks down cultural and technical “domain stovepipes” by optimizing for the mission instead of a ground, aviation, or cyber specific solution. There is huge innovation space between the conventional domain seams.

For example, vehicle needs are different for urban, desert, and mountain terrains. A single system is unlikely to excel across those three terrains without employing exotic and expensive materials and technology (becoming expensive and exquisite). They could comprise the entire force or just do specific missions, such as Hobart’s Funnies during the D-Day landings.

A further advantage of tailored systems is that they will force the enemy to deal with a variety of unknown U.S. assets, perhaps seen for the first time. A tank platoon might have a heterogeneous mix of assets with different weapons and armor. Since protection and lethality will be unknown to the enemy, it will be asymmetrically challenging for them to develop in a timely fashion tactics, techniques, and procedures or materiel to effectively counter such new capabilities.

Potential Enablers
Key technological advances present the opportunity to implement the Mission Engineering and Prototype Warfare concepts. Early Synthetic Prototyping (ESP), rapid manufacturing, and the burgeoning field of artificial intelligence (AI) provide ways to achieve these concepts. Each on its own would present significant opportunities. ESP, AI, and rapid manufacturing, when applied within the Mission Engineering/Prototype Warfare framework, create the potential for an innovation revolution.

Under development by the Army Capabilities Integration Center (ARCIC) and U.S. Army Research, Development, and Engineering Command (RDECOM), ESP is a physics-based persistent game network that allows Soldiers and engineers to collaborate on exploration of the materiel, force structure, and tactics trade space. ESP will generate 12 million hours of digital battlefield data per year.

Beyond the ESP engine itself, the Army still needs to invest in cutting edge research in machine learning and big data techniques needed to derive useful data on tactics and technical performance from the data. Understanding human intent and behaviors is difficult work for current computers, but the payoff is truly disruptive. Also, as robotic systems become more prominent on the battlefield, the country with the best AI to control them will have a great advantage. The best AI depends on having the most training, experimental, and digitally generated data. The Army is also acutely aware of the challenges involved in testing and system safety for AI enabled systems; understanding what these systems are intended to do in a mission context fosters debate on the subject within an agreed upon problem space and associated assessment framework.

Finally, to achieve the vision, the Army needs to invest in technology that allows rapid problem identification, engineering, and fielding of tailored systems. For over two decades, the Army has touted modularity to achieve system tailoring and flexibility. However, any time something is modularized, it adds some sort of interface burden or complexity. A specific-built system will always outperform a modular system. Research efforts are needed to understand the trade-offs of custom production versus modularity. The DoD also needs to strategically grow investment in new manufacturing technologies (to include 3D printing) and open architectures with industry.

Associated Implications
New challenges are created when there is a hugely varied fleet of tailored systems, especially for logistics, training, and maintenance. One key is to develop a well-tracked digital manufacturing database of replacement parts. For maintenance, new technologies such as augmented reality might be used to show mechanics who have never seen a system how to rapidly diagnose and make repairs.

New Soldier interfaces for platforms should also be developed that are standardized/simplified so it is intuitive for a soldier to operate different systems in the same way it is intuitive to operate an iPhone/iPad/Mac to reduce and possibly eliminate the need for system specific training. For example, imagine a future soldier gets into a vehicle and inserts his or her common access card. A driving display populates with the Soldier’s custom widgets, similar to a smartphone display. The displays might also help soldiers understand vehicle performance envelopes. For example, a line might be displayed over the terrain showing how sharp a soldier might turn without a rollover.

Conclusion
The globalization of technology allows anyone with money to purchase “bleeding-edge,” militarizable commercial technology. This changes the way we think about the ability to generate combat power to compete internationally from the physical domain, to the time domain. Through the proposed mission engineering and prototype warfare framework, the Army can assimilate and operationalize technology quicker to create an ongoing time-domain overmatch and invert the current cost asymmetry which is adversely affecting the public’s will to fight. Placing human thought and other resources towards finding new ways to understand mission context and field new solutions will provide capability at the speed of relevance and help reduce operational surprise through a better understanding of what is possible.

If you enjoyed this post, join SciTech Futures‘ community of experts, analysts, and creatives on 11-18 June 2018 as they discuss the logistical challenges of urban campaigns, both today and on into 2035. What disruptive technologies and doctrines will blue (and red) forces have available in 2035? Are unconventional forces the future of urban combat? Their next ideation exercise goes live today — watch the associated video here and join the discussion here!

This article was written by Dr. Rob Smith, Senior Research Scientist; Mr. Shaheen Shidfar, Strategic Cohort Lead; Mr. James Parker, Associate Director; Mr. Matthew A. Horning, Mission Engineer; and Mr. Thomas Vern, Associate Director. Collectively, these gentlemen are a subset of The Strategic Cohort, a multi-disciplinary independent group of volunteers located at TARDEC that study the Army’s Operating Concept Framework to understand how we must change to survive and thrive in the future operating environment. The Strategic Cohort analyzes these concepts and other reference materials, then engages in disciplined debate to provide recommendations to improve TARDEC’s alignment with future concepts, educate our workforce, and create dialogue with the concept developers providing a feedback loop for new ideas.

Leonard, Robert R. The Principles of War for the Information Age, Presidio Press (2000).