“But in the future, mass production of the implements of war will not work. Technological advancements happen too fast in the Information Age.… Instead, the future of materiel acquisition will be the rapid development and fielding of prototypes.” – Robert R. Leonhard, The Principles of War for the Information Age, Presidio Press, Novato, CA, 1998, pp. 122-123.

The character of warfare is largely reflective of the character and changes within society and technology. 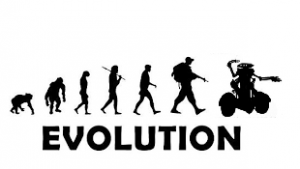 The pace of changes and advancements in technology is accelerating quickly due to the convergence of a multitude of technologies. This ever-quickening pace of technological evolution means the Army must adapt and change at a speed that cannot currently be applied across the entire force. This conundrum brings about the possible efficacy of prototype warfare.

Prototype warfare is the concept of quickly developing and fielding technologies to rapidly adapt to a changing Operational Environment (OE) and emerging Tactics, Techniques, and Procedures (TTPs), as well as overcoming shortcomings or challenges in manpower, capability, and reach. One hurdle to prototype warfare is a byzantine acquisition process that limits the rapid acquisition and fielding of new technologies to the force until the associated documentation has completed its circuitous trek through a multi-tiered approval process and its funding has been programmed.

But every brigade in the Army may not need that particular technology or kit. Modularity is essential in prototype warfare. For instance, when one considers the emerging discussion and heavy investment into researching exoskeletons, 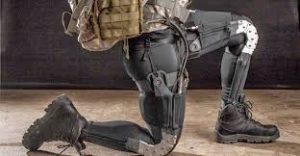 there are modular pieces of future exoskeletons that may be ready now and can be fielded to Army units that need it. If the heavy-lift support or burden-lessening legs portion of an exoskeleton are practically functional at this time, a unit like 10th Mountain Division could use such a technology to lessen the likelihood of muscular-skeletal injuries from heavy loads being carried during training and operations.

Furthermore, as described in An Advanced Engagement Battlespace: Tactical, Operational and Strategic Implications for the Future Operational Environment, the future OE will be characterized by tactical pulsing (i.e., “sudden extreme pulses of violent offensive action”). Unlike the great conflicts of the

previous century, those in the 21st Century will not afford belligerents the relative luxury of ramping up their production capacities from a consumer to a war economy. Our Arsenal of Democracy, churning out long-range bombers, tanks, and ships by the thousands, has no contemporary relevancy. As Mr. Leonhard eloquently points out in his book, The Principles of War for the Information Age:

“We must declare with finality that we have overcome the limitations and inefficiencies of mass warfare, and that we are determined to leave it behind. Mass is dead.”

“Deploying many varieties of prototypes… create[s] a significant dilemma for a defender, thus presenting an advantage for an attacker…. These prototypes may be produced at a lower cost and may only need to be operational for a short time period.”

Prototype warfare will provide the requisite agility in delivering the required capabilities to execute tactical pulsing in the future OE, enabling us to inflict “paroxysms of intense, hyperactive violence” upon our adversaries.

The convergence of a number of emerging technologies – synthetic prototyping, additive manufacturing, advanced modeling and simulations, software-defined everything, advanced materials – are advancing the feasibility of prototype warfare. Simultaneously, however, it is also democratizing this approach, enabling and improving the engineering of prototype weapons by non-state actors and super-empowered individuals. 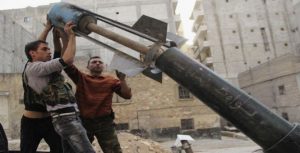 The following are examples of recent U.S. prototype warfare successes: 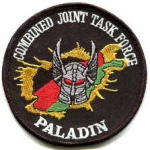 Combined Joint Task Force Paladin, activated to swiftly research and develop countermeasures to improvised explosive devices (IEDs), is a great example of prototype warfare. Extrapolating this generality of rapid acquisition would be beneficial to U.S. forces and could provide overmatch in niche areas.

The United States Special Operations Command’s SOFWERX was created in 2015 in a joint effort with the Doolittle Institute to be an open-door technological incubator where academics, techies, tinkerers, and researchers work together to get emerging tech out and into the hands of special operators. Due to its success and unique innovation, SOFWERX is the shining beacon for rapid acquisition within the DoD. 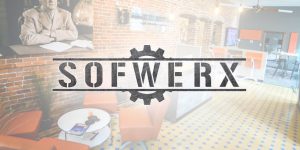 an effort launched by former Deputy Secretary of Defense Bob Work, to accelerate the department’s integration of big data, artificial intelligence (AI) and machine learning (ML). The primary focus of the program is to overcome the tyranny of man-hours and effort required to analyze an enormous volume of full motion video with AI/ML. The existing process is human-driven, tedious, and susceptible to errors in perception and monotony. 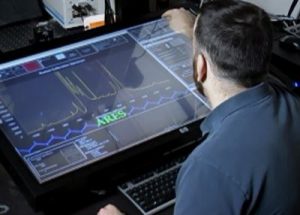 LTG John “Jack” Shanahan (USAF) spoke about prototype warfare in a keynote speech at NVIDIA’s GPU Technology Conference in November, highlighting the importance of having big goals, winning small victories early, and keeping focus. Project Maven is currently expecting to deliver the first algorithms to warfighting systems by the end of the year. The team is already looking to the next set of “sprints” to tackle more intelligence analytics challenges and opportunities.

“[Project Maven] is about moving from the hardware industrial age to a software data-driven information environment and doing it fast and at scale across the Department.” — LTG Shanahan.

Prototype warfare is often dismissed as something relegated to the smaller, more narrowly focused special operations forces and not applicable to conventional forces. However, if the Army is to maintain its competitive advantage and win in an increasingly contested operational environment with continually evolving technologies, it must explore the potential of prototype warfare.

In doing so, the following questions must be considered:

1) How can the Army embrace prototype warfare without disrupting current acquisition processes that are in place to ensure security, reliability, and compliance in fielding required capabilities?

2) Should prototype warfare be spread across the Services or should it be centralized within a single organization?

3) What are the potential drawbacks and limitations in prototype warfare? What are the unforeseen second and third order effects of such a process?

For further reading on this subject, see the following recent articles: