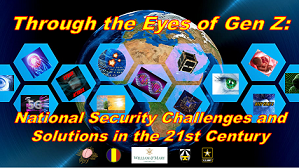 [Editor’s Note:  Mad Scientist facilitated the Through the Eyes of Gen Z:  National Security Challenges and Solutions in the 21st Century webinar on 29 April 2021, helping to broaden the U.S. Army’s perspective and insights regarding the Operational Environment. This webinar was the most recent

instance of our on-going collaboration with The College of William and Mary, in this case the university’s Project on International Peace and Security (PIPS) Program.  Six PIPS Research Fellows presented and discussed the ramifications of their respective research topics on the Operational Environment and the changing character of competition and conflict in two separate panels:  Our Pacing Threats and Shaping the Future with Novel Tools. Today’s post provides a synopsis of what we learned from this year’s cohort of PIPS Research Fellows, who will go forth and serve as our Nation’s senior leaders and policy-makers in the mid-Twenty First Century — Read on!]

Amelia Larson – From Singalongs to Spheres of Influence: How Russia Exports Patriotic Military Education to Post-Soviet Youth
Ms. Larson discussed the manner in which Russia is leveraging military education programs to expand its sphere of influence. By implementing youth programs, summer camps, competitions, and day programs, Russia is expanding and exporting its patriotic initiatives to its neighbors, reshaping the political role of post-Soviet youth.

This expansion in Russian influence presents a threat to the United States. In Russia itself, this new wave of Russian military education will result in increased recruitment for the Russian military and Russian private military companies. As Russia exports these military education programs abroad, they are likely to influence local populations and youth by incentivizing participation in Russian politics and pushing pro-Russian ideology. This effort will attempt to legitimize Russian control over regions like Crimea and build Russia’s global soft power.

In order to combat this effort, the United States should: 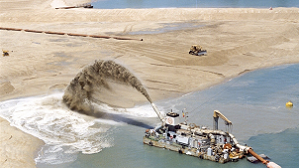 Ms. Labh addressed Chinese efforts to export its island-building capabilities to Pacific Island Countries (PICs). As a result of climate change, PICs will experience heightened insecurity from flooding, coastal erosion, and sea level rise, forcing them to turn abroad for mitigation and adaptation assistance. China’s experience in land reclamation projects will increase its political and economic power in the region, threatening U.S. interests in the Western Pacific.

Ms. Labh argues that in order to counter China’s strategy, the United States should undertake a multilateral approach to: 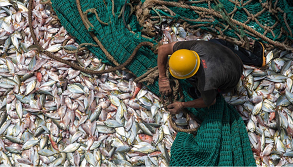 Morgan Pincombe – Casting a Neocolonial Net: China’s Exploitative Fishing in the Gulf of Guinea
Ms. Pincombe presented an opportunity for the United States to mitigate Chinese predatory investment practices, which China has leveraged through projects such as the Belt and Road Initiative. Ms. Pincombe highlighted that China has been signing unequal contracts in the Gulf of Guinea, granting China access to unrestricted resource extraction, unsustainable fishing allowances, and increased military power projection.

According to Ms. Pincombe, the fisheries in the Gulf of Guinea provide a low-cost, low-risk opportunity for the United States to counter growing, global Chinese influence. Successful strategies in this arena could then be used as a model to counter Chinese investment globally. To begin, the United States should:

Panel 2:  Shaping the Future with Novel Tools, moderated by Caroline Duckworth, Alumna, The College of William and Mary and their PIPS Program, as well as a Proclaimed Mad Scientist and current Mad Scientist Initiative Consultant: 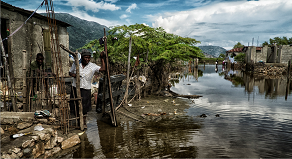 Lauren Boyes – Where Do We Go Now? Satellite Imagery and GIS for Sustainable Relocation
Ms. Boyes presented the merits of using geographic information systems (GIS) to perform suitability analyses and relocate climate migrants. By leveraging satellite data and GIS, stakeholders will be able to identify suitable regions for vulnerable populations to relocate, averting the migration of large populations towards urban centers within low and middle-income countries. Importantly, these efforts should involve partnerships with local populations and organizations, who have regionally specific knowledge on culture that is essential to relocation efforts, but difficult to capture quantitatively.

Specifically, Ms. Boyes argues that the United States should: 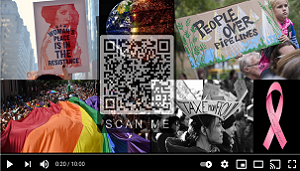 Sania Shahid – Loose Links Sink Ships: Threats and Opportunities in the World of Online Piracy
Ms. Shahid described how civil society organization should begin to use piracy websites to provide information to citizens living under authoritarian regimes. While most policy discussions on piracy tend to favor mitigation tactics, piracy websites have continued to exist and profit, demonstrating their longevity as vehicles for information. Ms. Shahid asserts that these platforms can be leveraged by grassroots social movements and human rights groups to provide access to content restricted by authoritarian governments, effectively creating hardy and flexible platforms for resistance. Advertisements, pre-movie trailers, and cinematic filters on piracy sites could provide a new tool of empowerment to vulnerable populations around the world. 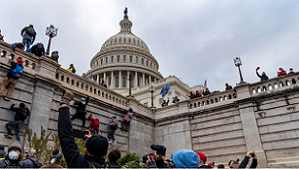 Selene Swanson – By the People: The Role of Local Deliberative Forums in Combating Affective Political Polarization
Ms. Swanson discussed the use of deliberative forums to combat political polarization. Polarization within the United States, in many cases amplified and exploited by our adversaries, presents an existential threat to U.S. democracy. Not only does this trend create increased tension domestically, preventing effective domestic and foreign policy, but it also undermines the appeal of democracy globally.

Ms. Swanson suggests starting at a local level to address this problem. By introducing deliberative forums to local governments and incentivizing participation in them, the United States can increase meaningful contact between people of different mindsets, building trust and providing proof that cooperation is not only possible, but successful and critical to U.S. success.

If you missed participating in this event, no worries — you can read the abstracts of each of the PIPS Research Fellows’ presentations here, and then watch the video of both panel discussions here (via a non-DoD network).

Check out what we learned from last year’s event in GEN Z and the OE: 2020 Final Findings

The Operational Environment (2021-2030): Great Power Competition, Crisis, and Conflict and the same titled draft TRADOC G-2 white paper from which it was excerpted.

China: Our Emergent Pacing Threat; Competition and Conflict in the Next Decade; Disrupting the “Chinese Dream” – Eight Insights on how to win the Competition with China; Competition in 2035: Anticipating Chinese Exploitation of Operational Environments; the TRADOC G-2 China Tri-fold; and the TRADOC G-2’s China products page.

Russia: Our Current Pacing Threat, The Bear is Still There: Four Insights on Competition with Russia, and the TRADOC G-2’s Russia Products page.

Weaponized Information: What We’ve Learned So Far…; Insights from the Mad Scientist Weaponized Information Series of Virtual Events; A House Divided: Microtargeting and the next Great American Threat by 1LT Carlin Keally; The Erosion of National Will – Implications for the Future Strategist, by Dr. Nick Marsella; and What the Joint Force can learn from K-Pop “Stans”, by Matthew Ader.