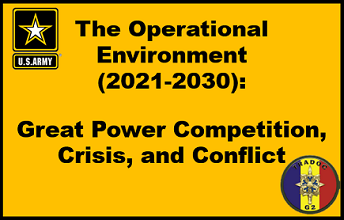 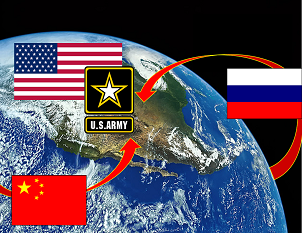 These adversaries are now engaged in a race to compete with the United States globally.  This Competition has extended to the two areas where the Army has enjoyed its historical advantages:  in the ability to fight the way we wish to fight and in human capital.  Our Pacing Threats’ challenge to the Army is more than a multi-domain challenge on the battlefield; it is also a challenge across doctrine, organization, training, materiel, leadership and education, personnel, facilities, and policy (DOTMLPF-P) — Read on!]

The Operational Environment (2021-2030): Great Power Competition, Crisis, and Conflict is intended to build on the OE analysis found in TRADOC Pamphlet 525-92, The Operational Environment and the Changing Character of Warfare. While that document focused heavily on OE conditions, namely on the development of new technologies and their impact on warfare, it paid less attention to the activities of our potential Pacing Threats. Furthermore, although it referenced pandemics as a possible threat to the Homeland, the impacts of the 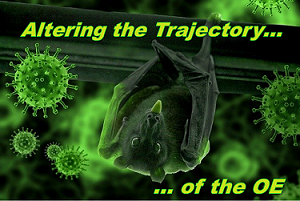 COVID-19 pandemic on the OE represent a significant shock to the system that required new analysis. This context is addressed in Chapter 1 to introduce readers to the need for this assessment.

Chapter 2 presents the activities of our two Pacing Threats, China and Russia, and their efforts to develop and modernize their militaries and to focus on prevailing in Competition, Crisis, and Conflict against the United States. 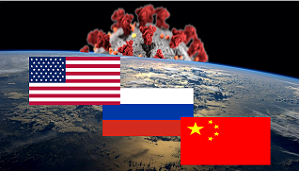 Chapter 3 focuses on the COVID-19 pandemic, and most importantly, on its impact on the OE in terms of the power dynamic between the United States, China, and Russia. It offers four potential alternative futures — called worlds — to consider the impact of the pandemic in terms of Competition, Crisis, and Conflict. 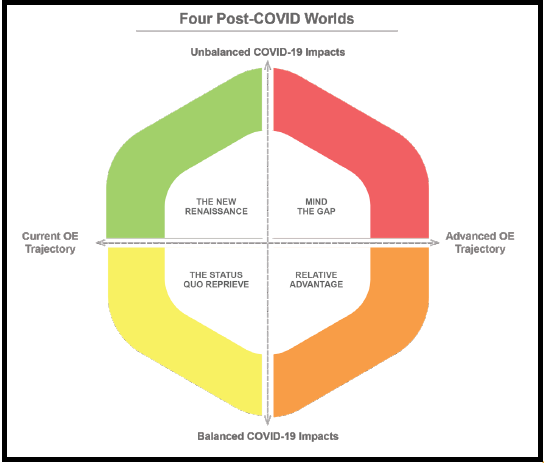 Chapter 4 provides a deeper insight into the impact of our adversaries’ modernization efforts, which directly challenge the key pillars of the U.S. Army’s post-DESERT STORM dominance in the land power domain.

We want to hear your feedback regarding The Operational Environment (2021-2030): Great Power Competition, Crisis, and Conflict — drop us an email at madscitradoc@gmail.com and tell us what you think!

Russia: Our Current Pacing Threat, The Bear is Still There: Four Insights on Competition with Russia, and our Russia Products page.

China: Our Emergent Pacing Threat, Competition and Conflict in the Next Decade, Disrupting the “Chinese Dream” – Eight Insights on how to win the Competition with China, “Intelligentization” and a Chinese Vision of Future War, the TRADOC G-2’s China Tri-fold, and our China products page.

The Convergence: Hybrid Threats and Liminal Warfare with Dr. David Kilcullen and listen to the associated podcast

… and explore the U.S. Army’s single consistent OE narrative (spanning the near, mid-, and far terms out to 2050) further with the following content: 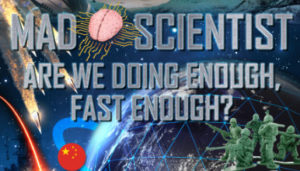 >>>REMINDER: Mad Scientist will leverage age diversity in Young Minds on Competition and Conflict, the next webinar in our continuing series of Are We Doing Enough, Fast Enough? virtual events – exploring our adversaries’ views on Competition, Crisis, Conflict, and Change on Thursday, 6 May 2021 (starting at 1000 EDT). Join our panel of prominent and diverse young minds from the national security arena as they share their ideas about the future of competition and conflict for the next decade. Register here now [via a non-DoD network] to participate in this informative event.