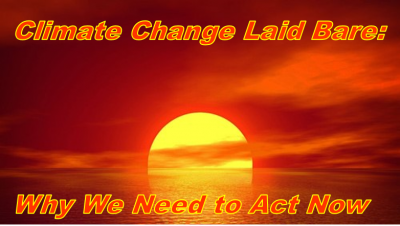 [Editor’s Note: Mad Scientist Laboratory is pleased to publish this morning’s piece by guest blogger Ms. Sage Miller, addressing the geopolitical implications of climate change, specifically its role as a catalyst for instability.  Read on to learn why this matters to the U.S. Army!]

Science dictates that climate change is happening.1 The atmospheric concentration of carbon dioxide, a naturally occurring greenhouse gas, is rising at an alarming rate, allowing less heat to escape into space. The average surface temperature of the Earth is rising, causing glaciers to melt and global sea levels to rise. These changes to water resources, food supply, and regional weather patterns all hold implications for human security and geopolitics.2 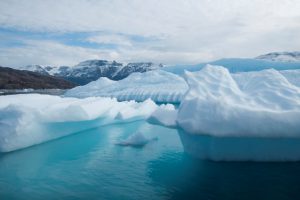 Climate change is most often discussed in terms of its ecological and environmental impacts; rarely is it touched upon as a direct national security threat. The DoD has formally recognized the severity of climate change with references to it as a “threat multiplier.”3 However, climate change not only intensifies other threats, but creates threats in its own right. To ignore environmental factors in tracing the causes of conflicts and other global events would be missing a key piece of the puzzle.

Climate change will have several significant strategic impacts affecting the Army, the DoD, and the future geopolitical landscape.

1. Expanding zones of competition. The melting of the polar ice caps is opening up the Arctic as a new ocean – and thus, a new sphere of competition. Easier access to these waters increases tourism, shipping, resource exploration and extraction, and military activities.4 The wealth of Arctic natural resources promises significant economic gains, as does the potential access to new shipping lanes. Most importantly, the opening of the Arctic connects two important potential theaters of engagement, the Indo-Pacific and Europe, to the homeland.5 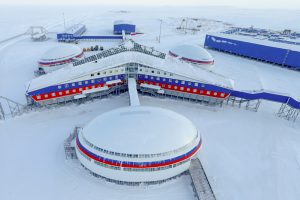 The 2019 DoD Arctic Strategy explicitly expresses our desire to maintain supremacy in the region and counter Russian and Chinese incursions.6 With multiple Arctic nations remaining proactive when it comes to climate change, American inaction will only grant these states the opportunity to insert themselves and gain a foothold, enabling them to climb to regional hegemony. Neglecting this national security issue plays into the hands of our competitors, setting a dangerous precedent. 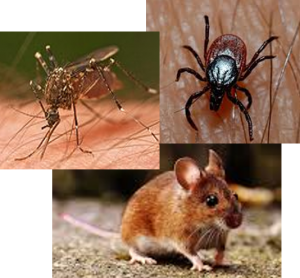 2. The health of our troops is far from guaranteed. A number of infectious diseases, such as malaria, West Nile virus, cholera, and Lyme disease, are expected to worsen as climate change continues to raise global temperatures and cause more extreme weather.7 Higher temperatures and precipitation will increase the life expectancy and range for vectors such as mosquitos, ticks, and rodents.8 Poor global health infrastructure will only amplify the spread of these and other diseases, as increasing global connectivity and changing environmental conditions change the geographic distribution of pathogens and their hosts.9 With a significant number of U.S. troops stationed abroad, the spread of vector-borne diseases is only going to grow more likely.

Melting permafrost in the Arctic is releasing diseases that we have not encountered in hundreds or even thousands of years.10 Permafrost acts as an excellent preserver of bacteria and viruses due to the lack of oxygen and light, and global warming is slowly exposing older layers of permafrost.11 With climate change accelerating these changing disease vectors, the very security and health of our troops is threatened. 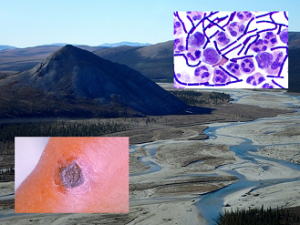 In 2016, thawing permafrost in northern Siberia melted to reveal a reindeer carcass that had been infected with anthrax, leading to dozens of hospitalizations and the death of a 12-year-old boy, as well as over 2,300 reindeer.12 The warming climate, facilitating the release of old diseases and expanding the ranges of disease vectors, portends a deadly future.

3. Installations worldwide are increasingly endangered.  Melting of the polar ice caps is causing the sea to rise at an alarming rate. These climate-driven changes are causing major harm to U.S. military bases both at home and abroad.13 In 2018 alone, extreme weather events damaged one Marine Corps base and two Air Force bases, and necessitated over $8 billion in repairs.14 Coastal installations are most at risk from flooding, storms, and other shifts in weather patterns. At Norfolk Naval Shipyard in Norfolk, Virginia, sea level rise has caused nine major floods in the last 10 years.15 An analysis conducted by a team of experts from the Union of Concerned Scientists found that eight bases may lose a quarter to half of their land by the end of the century, and that “Four installations – 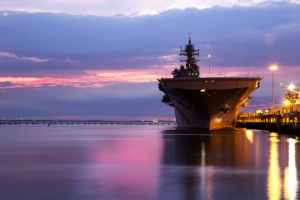 Naval Air Station Key West, Joint Base Langley-Eustis, Dam Neck Annex, and Parris Island – are at risk of losing between 75 and 95 percent of their land.”16 Damaged installations may compromise material and logistic support, and training could be sacrificed in favor of rebuilding.17

In the Indian Ocean, Diego Garcia is home to a joint U.K.-U.S. military base that provides support for “a range of critical war-fighting operations in the region, including as a staging area for special operations forces, submarine support 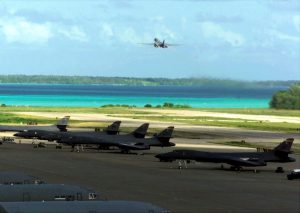 for those special operations, and long-range bomber flights into Afghanistan.”18 Unfortunately, Diego Garcia is a “low-lying atoll whose natural barriers to accelerating sea level rise and storm surge (coral reefs) are being significantly degraded by climate change.”19

Installations at risk from climate change-induced threats such as sea-level rise and coastal erosion will impact all aspects of U.S. military strategy. Potential risks range from loss of mission capabilities to increased potential for loss of life.20  The Army’s ability to project forces globally will be challenged as these installations are further degraded due to climate change. 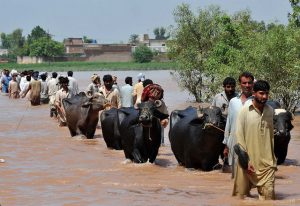 4. Climate change impacts will lead to mass migration. A report by the World Bank found that climate change increases migration through various existing drivers, such as “depressing rural wages, raising agricultural prices, shaping exposure to hazards, and stressing ecosystems.”21 Warming, drought, rising sea levels, natural disasters, and resource scarcity are all drivers of migration caused by climate change. This trend, in combination with steep population growth in many regions, points towards a rising number of climate refugees.

The World Bank’s report focuses on three regions: Sub-Saharan Africa, South Asia, and Latin America. The report projects that by 2050, more than 143 million people across these regions could be forced to move within their own countries to escape the impacts of climate change.22 This massive amount of migration will only further compound resource scarcity and aggravate the potential for civil unrest. 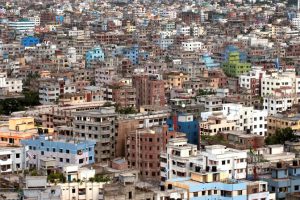 Most importantly, rural to urban migration will only continue to increase as population growth and resource scarcity compel more and more people to seek a better life in cities.23 Urbanization itself has significant military implications. Large masses of disillusioned, economically disadvantaged people vulnerable to disease and unrest will gather in dense urban areas. As more and more people migrate to urban areas, the likelihood that the Army will conduct operations in a dense urban environment increases.

5. Regional instability will only grow. Climate change is inherently global; as such, different regions will be impacted differently. For instance, while the Arctic is melting rapidly, causing sea-level rise and heavy storms in the Asia-Pacific, the Middle East is experiencing extreme drought and desertification.24

As these events increase in intensity and commonality, they could cause mass panic and upheaval. Climate change is already sparking events around the world that lead to violence and conflict, such as: 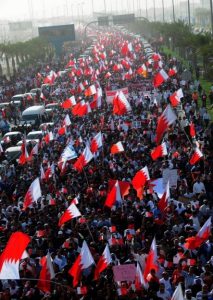 a. The Arab Spring. With an event as complex as the Arab Spring, drawing precise causal arrows is virtually impossible. However, vulnerability of the Middle East and North Africa region to various climate-impacted phenomena show that security is directly linked to stability. The failure of governments to meet the basic needs of citizens by responding to climatic issues such as drought, desertification, and food shortages is what drove many to take part in the series of political uprisings.25 With climate change increasingly impacting human security, events such as the Arab Spring will only continue to follow. 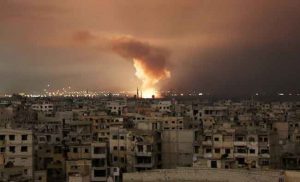 b. The Syrian civil war. Air Force Chief of Staff General David Goldfein told the Senate Armed Services Committee that the brutal civil war raging in Syria is a prime example of the kind of climate change-induced conflicts that the U.S. may have to respond to militarily. A ten-year drought in the region led Syrians to flock to cities unable to adequately meet the demand for resources, leading the Syrians to revolt due to the government’s inability to support them.26 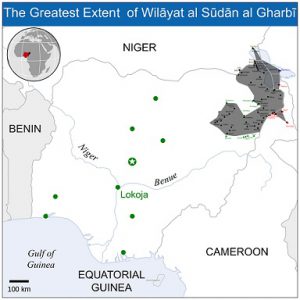 c. Boko Haram. Climate change has been found to be linked to political violence in Nigeria. Poor responses to climate change have increased risks of conflict, such as low economic opportunity and negative relations between the government and its citizens.27 Reports show that chronic drought around Lake Chad, whose water levels have fallen by 95% since the 1960s, has helped Boko Haram maintain its stronghold on the region due to the erosion of trust in the government and the subsequent ease of recruiting extremist soldiers.28

These are only a few of the geopolitical implications that climate change brings. New and existing threats will only grow more pressing and more relevant to the Army. Climate change has and will continue to act as an accelerant for instability, which will threaten not only developing nations, but developed liberal democracies as well. As climate change worsens, the military will soon be most challenged by an enemy it cannot truly fight.

Ms. Sage Miller is a rising junior participating in the Joint Degree Programme with the College of William & Mary in Virginia and the University of St. Andrews in Scotland, studying International Relations. She is currently interning at Headquarters, US Army Training and Doctrine Command (TRADOC) with the Mad Scientist Initiative.

13 Caitlin Werrell, et al. “A ‘Responsibility to Prepare’: A Strategy for Presidential Leadership on the Security Risks of Climate Change,” War on the Rocks, 14 June 2019, https://warontherocks.com/2019/06/a-responsibility-to-prepare-a-strategy-for-presidential-leadership-on-the-security-risks-of-climate-change/.

16 Erika Spanger-Siegfried, et al., “The US Military on the Front Lines of Rising Seas,” Union of Concerned Scientists, August 2016, https://www.ucsusa.org/global-warming/science-and-impacts/impacts/sea-level-rise-flooding-us-military-bases.