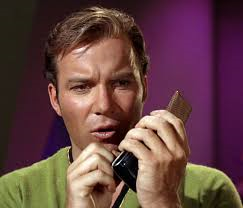 Did Dick Tracy’s wrist watch telephone or Star Trek’s communicator inspire future generations of scientists and engineers to build today’s smartphone? Or were they simply depicting the inevitable manifestation of future technology? 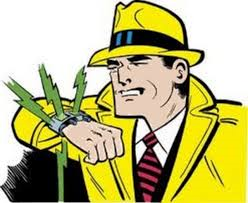 If we look back on old issues of Superman comic books that depict a 3D printer half a century before it was invented, we can see popular media has foreshadowed future technology, time and time again. Clearly, there are many phenomena, from time travel to force fields, that have not, and may not ever see the light of day; however, there are enough examples to suggest that dedicated and forward thinking scientists, trying to defend the United States, should consider this question:

Can comic books, video games, television, and movies give us a glimpse into the battlefield of the future?

For today’s Mad Scientist blog, consider what the future may hold for defense against weapons of mass destruction. 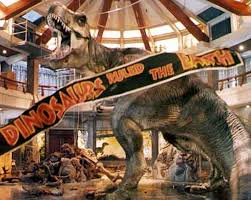 Let’s get the 800 lb. gorilla out of the room first! Or, perhaps, the 800 lb. dinosaur by talking about biological warfare in the future. The movie Jurassic Park depicts the hubris of man trying to control life by “containing” its DNA. Our deeper understanding of DNA shows us that life is programmed to be redundant and error prone. It’s actually a fundamental feature that drives evolution. In the year 2050, if we are to control our genetically modified products, we must master containment and control for a system designed since the dawn of time to NOT be contained. Forget bio-terror…What about bio-Error?! 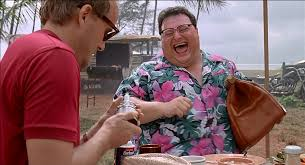 Furthermore, the lesson in Jurassic Park from the theft of the frozen dinosaur eggs shows us the asymmetric impact that theft of genetic products can yield. Today, our adversaries amass databases on our genetic histories through theft and globalization and one only has to ask, “What do they know that we should be worried about?” 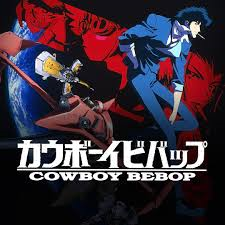 Let’s move from biology to chemistry. A chemist will argue that biology is just chemistry, and at some level it’s true. Like the movie Outlander and anime like Cowboy Bebop, today’s Middle East battlefield shows the use of CAPTAGON, an addictive narcotic blend used to motivate and subjugate radical Islamists. In 2050, our mastery of tailored chemistry will likely lead to more addictive or targeted drug use that could elicit unpredictable or illogical behaviors. Controlled delivery of mood/behavior altering drugs will frustrate efforts to have a military workforce managed by reliability programs and will require layered and redundant controls even on trusted populations. Such vulnerabilities will likely be a justification for placing weapons 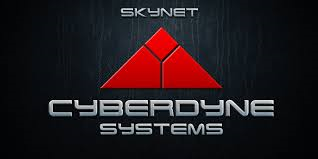 and infrastructure under some level of artificial intelligence in the year 2050. Imagine this is the part of the blog where we talked about the Terminator and CyberDyne Systems. 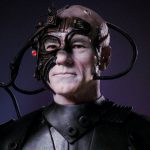 Today, the thought of man-machine interfaces depicted by the Borg from Star Trek and the TV shows such as Aeon Flux and Ghost in the Shell may make our skin crawl. In 2050, societal norms will likely evolve to embrace these driven by the competitive advantage that implants and augmentation affords. Cyborgs and genetic chimeras will blur the line between what is man and what is machine; it will usher in an era when a computer virus can kill, and it will further complicate our ability to identify friend from foe in a way best depicted by the recent Battlestar Galactica TV show. 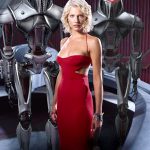 Will the point of need manufacturing systems of the future be soulless biological factories like those depicted in Frank Herbert’s book series, “Dune”? As we prepare for engaging in a multi-domain battlespace by extending our eyes and ears over the horizon with swarming autonomous drones are we opening a window into the heart and mind of our future fighting force? 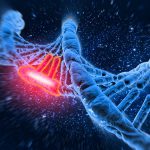 Some final thoughts for the year 2050 when we maintain a persistent presence off planet Earth. As Robert Heinlein predicted, and recent NASA experiments proved, our DNA changes during prolonged exposure to altered gravity. What of humans who never stepped foot on Earth’s surface, as shown in the recent movie, The Fate of our Stars. Eventually, non-terrestrially based populations will diverge from the gene pool, perhaps kindling a debate on what is truly human? Will orbiting satellites with hyperkinetic weapons such as were pictured in GI Joe Retaliation 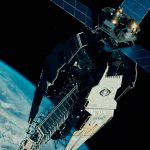 add another dimension to the cadre of weapons of mass destruction? I would argue that popular media can help spur these discussions and give future mad scientists a glimpse into the realm of the possible. To that end, I think we can justify a little binge watching in the name of national security! 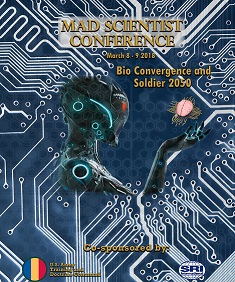 If you enjoyed this post, please check out the following:

– Headquarters, U.S. Army Training and Doctrine Command (TRADOC) is co-sponsoring the Bio Convergence and Soldier 2050 Conference with SRI International at Menlo Park, California, on 08-09 March 2018. Click here to learn more about the conference, the associated on-line game, and then watch the live-streamed proceedings, starting at 0840 PST / 1140 EST on 08 March 2018.

– Our friends at Small Wars Journal are continuing to publish the finalists from our most recent Call for Ideas — click here to check them out!

Dr. Peter Emanuel is the Army’s Senior Research Scientist (ST) for Bioengineering. In this role, he advises Army Leadership on harnessing the opportunities that synthetic biology and biotechnology can bring to National Security.

4 Replies to “33. Can TV and Movies Predict the Battlefield of the Future?”