Will future Soldiers be augmented hyper-enhanced fighters; a force manager of unmanned and autonomous/semi-autonomous systems; or an amalgamation of the two? 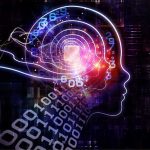 Conflict in the Mid-21st Century will witness the proliferation of unmanned, robotic, semi-autonomous, and autonomous weapons, platforms, and combatants that will dramatically change the role of Soldiers on the battlefield. At the Visualizing Multi Domain Battle 2030-2050 Conference, Georgetown University, 25-26 July 2017, the Mad Scientist community discussed how these capabilities will supplement or supplant humans in both support and combat roles that are dull, dirty, and/or dangerous. Potential adversaries may also use them to undertake operations that are morally, legally, or ethically questionable. Artificial intelligence (AI) and autonomy will provide essential time-critical decision-making support to Leaders and Warfighters regarding force employment courses of action and the authorization/ ordering of lethal force. While the nature of warfare will remain intrinsically human as long as its aim is the imposition of our will over that of an adversary, the character of warfare will change as the tools used to execute warfare become increasingly less human.

“As Artificial Intelligence matures and machines on the battlefield become more pervasive, the future U.S. Soldier will be equipped to offload an increasing number of responsibilities normally reserved for a human. This will range from the obvious mundane and repetitive tasks, to ones that require accuracy and speed that only a machine can deliver. This will also include tasks that are inherently dangerous or life threatening. As the intensity of conflict increases, machines will occupy a greater portion of the range of military operations and human occupation will diminish. This is not to say wars will no longer be fought by humans, rather, it will mean that the role of the human on the battlefield will need to be redefined. In the context of the range of military operations, in the 2030-2050 timeframe, human operations will be machine-assisted (i.e., fully integrated man-machine), then move on to machine operations that will be human-assisted. Certain operations, especially those on the low-intensity spectrum, will remain better served with machine-assisted humans; conversely, high-intensity conflict operations will be fought and occupied largely with robotic systems with the potential for human intervention in a best case scenario (man-on-the-loop).” 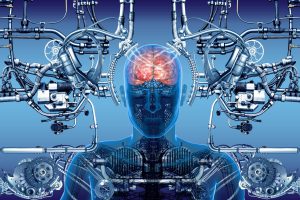 As future military operations range from Human Operations (Machine-assisted) to Human-Machine (Hybrid Operations) to Machine Operations (Human-directed) based on the level of conflict intensity:

• How do Warfighters ensure continued compliance with ethical standards, given ever shortening decision cycles?

• Given the continuing evolution of the Internet of Things (IoT) into the Internet of Everything (IoE), will the potential for Cyber operations to result in lethal effects necessitate a revision of this Directive?

For more on the transformative impact of AI, robotics, and autonomy on our Soldiers in future conflicts, select and play the Patrolling in the Infosphere presentation by Mr. Mathison Hall from the aforementioned Georgetown University Conference.

One Reply to “3. Redefining the Role of Soldiers on the Future Battlefield”