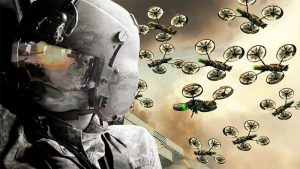 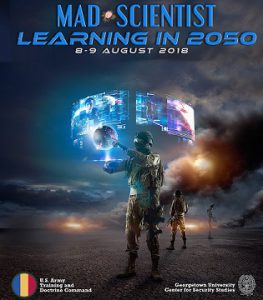 [Editor’s Note:  On 8-9 August 2018, the U.S. Army Training and Doctrine Command (TRADOC) co-hosted the Mad Scientist Learning in 2050 Conference with Georgetown University’s Center for Security Studies in Washington, DC.  Leading scientists, innovators, and scholars from academia, industry, and the government gathered to address future learning techniques and technologies that are critical in preparing for Army operations in the mid-21st century against adversaries in rapidly evolving battlespaces.  Today’s post is extracted from this conference’s final report (more of which is addressed at the bottom of this post).]

The U.S. Army currently has more than 150 Military Occupational Specialties (MOSs), each requiring a Soldier to learn unique tasks, skills, and knowledges. The emergence of a number of new technologies – drones, Artificial Intelligence (AI), autonomy, immersive mixed reality, big data storage and analytics, etc. – coupled with the changing character of future warfare means that many of these MOSs will need to change, while others will need to be created. This already has been seen in the wider U.S. and global economy, where the growth of internet services, smartphones, social media, and cloud technology over the last ten years has introduced a host of new occupations that previously did not exist. The future will further define and compel the creation of new jobs and skillsets that have not yet been articulated or even imagined. Today’s hobbies (e.g., drones) and recreational activities (e.g., Minecraft/Fortnite) that potential recruits engage in every day could become MOSs or Additional Skill Identifiers (ASIs) of the future. 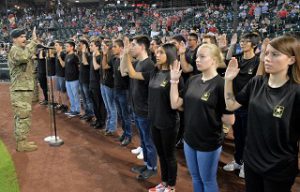 Training eighty thousand new Recruits a year on existing MOSs is a colossal undertaking.  A great expansion in the jobs and skillsets needed to field a highly capable future Army, replete with modified or new MOSs, adds a considerable burden to the Army’s learning systems and institutions. These new requirements, however, will almost certainly present an opportunity for the Army to capitalize on intelligent tutors, personalized learning, and immersive learning to lessen costs and save time in Soldier and Leader development.

The recruit of 2050 will be born in 2032 and will be fundamentally different from the generations born before them. 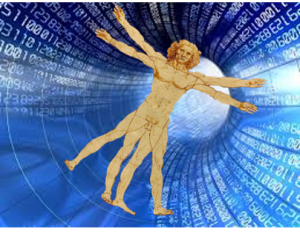 Marc Prensky, educational writer and speaker who coined the term digital native, asserts this “New Human” will stand in stark contrast to the “Old Human” in the ways they learn and approach learning..1 Where humans today are born into a world with ubiquitous internet, hyper-connectivity, and the Internet of Things, each of these elements are generally external to the human.  By 2032, these technologies likely will have converged and will be embedded or integrated into the individual with connectivity literally on the tips of their fingers.

Some of the newly required skills may be inherent within the next generation(s) of these Recruits. Many of the games, drones, and other everyday technologies that are already or soon to be very common – narrow AI, app development and general programming, and smart devices – will yield a 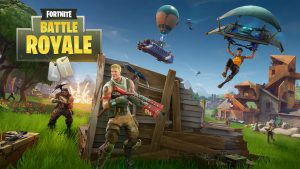 variety of intrinsic skills that Recruits will have prior to entering the Army. Just like we no longer train Soldiers on how to use a computer, games like Fortnite, with no formal relationship with the military, will provide players with militarily-useful skills such as communications, resource management, foraging, force structure management, and fortification and structure building, all while attempting to survive against persistent attack.  Due to these trends, Recruits may come into the Army with fundamental technical skills and baseline military thinking attributes that flatten the learning curve for Initial Entry Training (IET).2

While these new Recruits may have a set of some required skills, there will still be a premium placed on premier skillsets in fields such as AI and machine learning, robotics, big data management, and quantum information sciences. 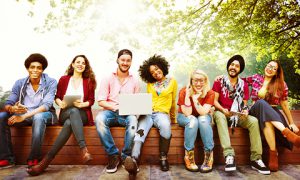 Due to the high demand for these skillsets, the Army will have to compete for talent with private industry, battling them on compensation, benefits, perks, and a less restrictive work environment – limited to no dress code, flexible schedule, and freedom of action. In light of this, the Army may have to consider adjusting or relaxing its current recruitment processes, business practices, and force structuring to ensure it is able to attract and retain expertise. It also may have to reconsider how it adapts and utilizes its civilian workforce to undertake these types of tasks in new and creative ways.

The Recruit of 2050 will need to be engaged much differently than today. Potential Recruits may not want to be contacted by traditional methods3 – phone calls, in person, job fairs – but instead likely will prefer to “meet” digitally first. Recruiters already are seeing this today. In order to improve recruiting efforts, the Army may need to look for Recruits in non-traditional areas such as competitive online gaming. There is an opportunity for the Army to use AI to identify Recruit commonalities and improve its targeted advertisements in the digital realm to entice specific groups who have otherwise been overlooked. 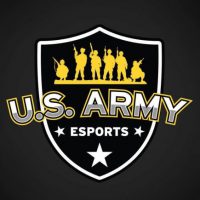 The Army is already exploring this avenue of approach through the formation of an eSports team that will engage young potential Recruits and attempt to normalize their view of Soldiers and the Army, making them both more relatable and enticing.4 This presents a broader opportunity to close the chasm that exists between civilians and the military.

The overall dynamic landscape of the future economy, the evolving labor market, and the changing character of future warfare will create an inflection point for the Army to re-evaluate longstanding recruitment strategies, workplace standards, and learning institutions and programs. This will bring about an opportunity for the Army to expand, refine, and realign its collection of skillsets and MOSs, making Soldiers more adapted for future battles, while at the same time challenging the Army to remain prominent in attracting premier talent in a highly competitive environment.

If you enjoyed this extract, please read the comprehensive Learning in 2050 Conference Final Report…