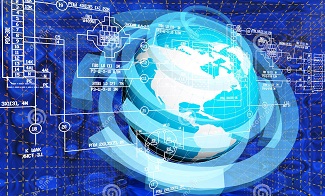 [Editor’s Note: Mad Scientist tracks convergence trends that are changing the character of future warfare. The democratization of technologies and the global proliferation of information is one of these trends that has expanded the arena of high-end threat capabilities beyond nation-states to now include non-state actors and super-empowered individuals. Today’s post illustrates how the democratization of one such capability,  biotechnology, affects the Future Operational Environment.]

As discussed during the Mad Scientist Bio Convergence and Soldier 2050 Conference, co-hosted with SRI International at Menlo Park, California last Spring, the broad advancement of biotechnologies will provide wide access to dangerous and powerful bioweapons and human enhancement. The low cost and low expertise entry point into gene editing, human performance enhancement, and bioweapon production has spurred a string of new explorations into this arena by countries with large defense budgets (e.g., China), non-state criminal and terrorist organizations (e.g., ISIS), and even super-empowered individuals willing to subject their bodies to experimental and risky treatments or augmentations. 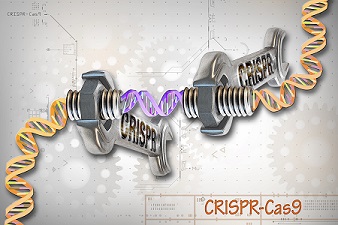 China has invested billions of dollars into biotechnology – including in several U.S. biotechnology firms – and plans on focusing on their own bio revolution. Gene editing is one of the areas where China has sought to leapfrog the United States through ambitious Clustered Regularly Interspaced Short Palindromic Repeats (CRISPR) projects, editing the genes of 86 individuals, while the United States is just now approaching human trials. Additionally, Elsa Kania, an expert on Chinese emerging technology from the Center for the New American Security (CNAS), noted that China is now seeking to build its own innovation base rather than focusing on intellectual property theft and technology transfers.

Listen to Ms. Kania’s discussion addressing technological priorities and how they overlay on the Chinese government’s strategic objectives in the  China’s Quest for Enhanced Military Technology podcast, hosted by our colleagues at Modern War Institute.

Non-state actors – mainly terrorist organizations – have focused more on weaponizing biotechnology. A personal laptop belonging to ISIS that was captured in Syria, was found to contain lessons on making bubonic plague 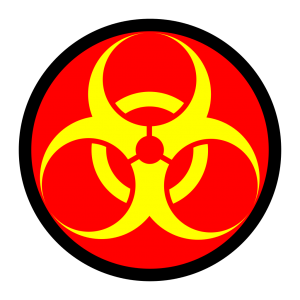 bombs and the employment of various weapons of mass destruction (WMDs). The possession of this dangerous information by the most notorious terrorist organization across the globe is a testament to the worldwide proliferation of information. This challenge of weaponized biotechnology is exacerbated by the relative ease of obtaining material to carry out such attacks. 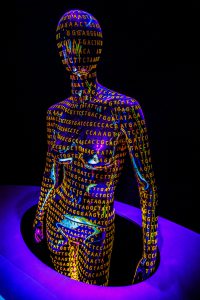 There is a growing community of individual biohackers and “do it yourselfers” (DIYers), super-empowered individuals pushing the boundaries of DNA editing, implants, embedded technologies (embeds), and unapproved chemical and biological injections. One of the most prominent biohackers, Josiah Zayner, a former NASA employee with a biophysics PhD, who livestreamed his self-injection of CRISPR and has even started a company selling DIY CRISPR kits ranging from several hundred to over 1000 dollars, effectively enabling biohackers to cheaply change their physiology, alter their appearance, and go beyond human biological norms. None of these treatments and augmentations are approved by regulatory agencies and DIYers run the serious risk of harming themselves or unleashing destructive and disruptive biological agents upon an unwitting population.

Biotechnology is just one example of how potentially game changing capabilities that were once only within the purview of our strategic competitors will be democratized via the global proliferation of information.  In the Future Operational Environment, we can also expect to see artificial intelligence, multi-domain swarming, and space capabilities in the hands of non-state and super-empowered individuals.