[Editor’s Note:  Mad Scientist Laboratory is pleased to publish yet another in our series of “The Tenth Man” posts (read our previous posts here and here). This Devil’s Advocate or contrarian approach serves as a form of alternative analysis and is a check against group think and mirror imaging.  The Mad Scientist Laboratory offers it as a platform for the contrarians in our network to share their alternative perspectives and analyses regarding the Future Operational Environment. Today’s post is by guest blogger Dr. Peter Layton, challenging the commonly held belief of the persistent and abiding nature of war.] 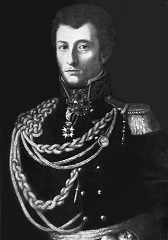 There’s a debate underway about the nature of war. Some say it’s immutable, others say hogwash; ironically both sides quote Clausewitz for support.[i] Interestingly, Secretary of Defense Mattis, once an ‘immutable’ defender, has now declared he’s not sure anymore, given recent Artificial intelligence (AI) developments.[ii]

At the core of the immutable case is the belief that war has always been violent, chaotic, destructive, and murderous – and will thus always be so. Buried within this is the view that wars are won by infantry occupying territory; as

Admiral Wylie opined “the ultimate determinant in war is a man on the scene with a gun.”[iii] It is the clash of infantry forces that is decisive, with both sides experiencing the deadly violence of war in a manner that would have been comprehendible by Athenian hoplites 2,500 years ago.

Technology though really has changed this. Firstly, the lethality of modern weapons has emptied out the battlefield.[iv] What can be ‘seen’ by sensors of diverse types can be targeted by increasingly precise direct and indirect fires. The Russo-Ukraine war in the Donbas hints that in future wars between state-based military forces, tactical units will need to remain unseen to survive and that they will now ‘occupy’ territory principally through long-range firepower.[v] 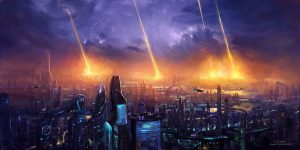 Secondly, Phillip Meilinger makes a strong case that drone crews firing missiles at insurgents from 3,000 miles away or navies blockading countries and staving their people into submission do not experience war the same as those hoplite infantry did years ago.[vi] The experience of violence in some wars has become one-sided, while wars are now increasingly waged against civilians well behind any defensive front lines.

AI may deepen both trends. AI has the potential to sharply enhance the defense continuing to empty out the battlefield, turning it into a no-man’s zone where automated systems and semi-autonomous devices wage attrition warfare.[vii]   If both sides have intelligent machines, war may become simply a case of machines being violent to other machines. In a re-run of World War One, strategic stalemate would seem the likely outcome with neither side able to win meaningful battlefield victories.[viii]

If so, the second aspect of war’s changing nature comes into play. If a nation’s borders cannot be penetrated and its critical centers of gravity attacked using kinetic means, perhaps non-kinetic means are the offensive style of the future.  Indeed, World War One’s battlefield stalemate was resolved as the naval blockade caused significant civilian starvation and the collapse of the homefront. 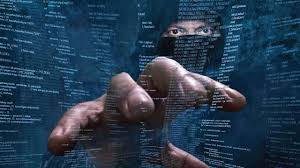 The application of information warfare by strategic competitors against the US political system hints at new cyber techniques that AI may greatly enhance.[ix] Instead of destroying another’s capabilities and national infrastructures, they might be exploited and used as bearers to spread confusion and dissent amongst the populace. In this century, starvation may not be necessary to collapse the homefront; AI may offer more efficacious methods. War may no longer be violent and murderous but it may still be as Clausewitz wrote a “true political instrument.”[x] Secretary Mattis may be right; perhaps war’s nature is not immutable but rather ripe for our disruption and innovation.

Dr. Peter Layton is a Visiting Fellow at the Griffith Asia Institute, Griffith University. A former RAAF Group Captain, he has extensive defense experience, including in the Pentagon and at National Defense University. He holds a doctorate in grand strategy. He is the author of the book ‘Grand Strategy.’