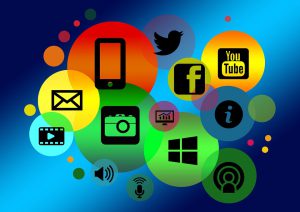 The internet was designed in its earliest iteration to provide a new form of communication, a way for people to connect, to share information in real-time, to provide a positive tool for collaboration and learning. Looking back at those early ideas, many of the founding fathers of the internet express disappointment in what it has become: a place where privacy and people are abused, information is wielded like a weapon, nations and corporations alike 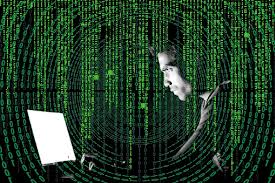 battle each other and other nefarious actors in the digital shadows, and fake news dominates the taglines in hopes of grabbing the most dollars per click. In light of what technologists, ethical hackers, and the public view as a potentially irrecoverable situation, many are suggesting starting over and abandoning the internet as we know it in favor of alternative internet options or “Alternet.” [1] 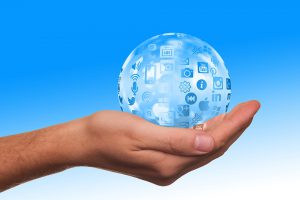 These initiatives are nascent but are increasingly gaining traction as they offer users the option to manage their own identity and information online; choose what they do and don’t want to share digitally; provide transparency as a currency, meaning users can view rules, policies, and protocols openly at any time and see when changes are made real-time; and allow users to be their own data authority. While progress in this space will be slow but steady over the next two years, expect that “Alternets” will become a publicly recognized substitute to the big internet companies in five years and a commonplace feature of the web in 10 years as users become more disenchanted, distrustful, and decide they want greater control, attribution, or anonymity as needed, and desire an internet that meets their norms, cultural, and community preferences.

There are several interesting challenges that come with the fracturing of the internet in this manner.

First, Alternets will be more insular, require individual verification to join, and users will need to buy special equipment like a community specific encrypted router or use a particular variant of the blockchain to access the web.

Secondly, Alternets may serve to fracture the internet itself in interesting ways that could impact how data and users are able to digitally traverse the globe. 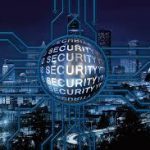 Third, Alternets will provide both the attribution many desire in social media to stop cyber bullying, scammers, and fake news, and the anonymity features that allow both dissident and terror groups to operate safely in virtual spaces. As with all technologies, there will always be opportunities for both positive and malicious use.

Fourth, the development and spread of Alternets may serve to further polarize various interests, organizations, and nations as like-minded communities will group together rather than strive to engage in constructive discourse, further reducing the opportunity for bridging entities to be effective negotiators.

Fifth, such online fracturing may also manifest physically in real life leading to conflict, both digital and physical, and may enhance the weaponization of cyber in new ways to include citizen cyber militia actively operating in defense of their communities and/or their nation or offensive attacks by nations operating from their own “Alternet” separate from the existing DNS system and not regulated and not easily targetable by competitor nations, thus limiting their ability to counterstrike and creating an overmatch situation. [2]

Current examples of “Alternets” that exist today include the private citizen efforts of the Metacurrency Project called Holo; the Russian independent internet for the BRICS block of nations; the PRC alternative which has also been installed in Tanzania, Nigeria, and Vietnam; BitDust, a decentralized, encrypted, anonymous storage and communication solution; Mastodon a decentralized, personally hosted, microblogging solution used in the Middle East, Africa, and Asia; and Hyperboria which was born out of the DarkNet and is an encrypted, distributed, peer-to-peer IPv6 network with Distributed Hash Table (DHT)-based source routing.

A full listing of “Alternet” projects and tools can be found in the footnotes. [3]

To learn more about the security ramifications associated with the rise of Alternets, read the following blog posts:

– The Future of the Cyber Domain

JJ Snow is an Air Force Lt Colonel assigned as the U.S. Special Operations Command Innovation Officer and the J5 Donovan Group Future Plans and Strategy Deputy Director. In her current role, JJ serves as the government representative for technology outreach and engagement on behalf of the command and 756 interagency action officers spanning 40 different government agencies.

She is responsible for maintaining a network of non-traditional experts across industry, academia and ethical hackers/technologists to provide government with critical access, expertise and capacity across a broad spectrum of technologies to rapidly identify best of breed while also proactively responding to potential threat aspects of concern to Special Operations and national security. She supports senior government leadership in process innovation, innovation planning in big government, and the development of smart technology policy and advises senior government representatives on emerging disruptive technologies.

She holds a MS Degree in Defense Analysis with distinction from the Naval Postgraduate School (NPS) and a MA from American Military University in Strategic Intelligence with honors.

[3] The following links are included to provide the reader with the options of exploring some additional alternative internet options that exist and are in use today. A big thank you to Ross Jones in recognition for his detailed GitHub Wiki on this subject which is captured in the last link concerning alternative-internet solutions and tools:  https://hyperboria.net/, https://github.com/redecentralize/alternative-internet

One Reply to “86. Alternet: What Happens When the Internet is No Longer Trusted?”