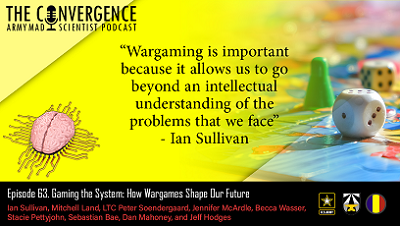 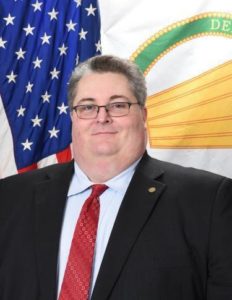 Ian Sullivan serves as the Senior Advisor for Analysis and ISR to the Deputy Chief of Staff, G-2, at the U.S. Army Training and Doctrine Command (TRADOC G-2). This is a Tier One Defense Intelligence Senior Level (DISL) position. He is responsible for the analysis that defines and the narrative that explains the Army’s Operational Environment, which supports integration across doctrine, organization, training, materiel, leadership and education, personnel, facilities, and policy. Mr. Sullivan is a career civilian intelligence officer who has served with the Office of Naval Intelligence (ONI); Headquarters, U.S. Army Europe and Seventh Army, Deputy Chief of Staff, G-2 (USAREUR G-2); and as an Office of the Director of National Intelligence (ODNI) cadre member at the National Counterterrorism Center (NCTC). Prior to assuming his position at the TRADOC G-2, Mr. Sullivan led a joint NCTC Directorate of Intelligence/Central Intelligence Agency Counterterrorism Mission Center unit responsible for Weapons of Mass Destruction terrorism issues, where he provided direct intelligence support to the White House, senior policymakers, Congress, and other senior customers throughout the Government. He was promoted into the Senior Executive ranks in June 2013 as a member of the ODNI’s Senior National Intelligence Service, and transferred to the Army as a DISL employee in January 2017. Mr. Sullivan is also a frequent and valued contributor to the Mad Scientist Laboratory. 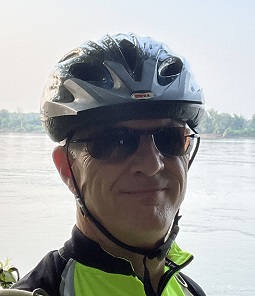 Mitchell Land has spent time in both the Navy and the Army National Guard, and has a life-long love affair with gaming war.  He is the designer of GMT’s Next War games. The series currently consists of five games (two of which are 2nd Editions) and three supplements, with more on the way.  In addition, Mr. Land was the developer for GMT’s Silver Bayonet: The First Team in Vietnam (25th Anniversary Edition) and Caesar:  Rome vs Gaul. When not playing or working on games, you can find him cycling — most often on the Katy Trail.

LTC Peter Soendergaard is an Infantry officer in the Royal Danish Army. He has served in both Iraq and Afghanistan. For the last ten years, he has worked in various force development positions, from the Danish Army’s Maneuver Center of Excellence to the Army Staff.  For the past four years, LTC Soendergaard has served as the Danish Army’s liaison officer to U.S. Army TRADOC.  He is currently serving in the strategic development section of the Danish Defense Command. 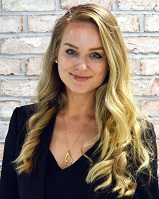 Jennifer McArdle is the Head of Research at Improbable U.S. Defense & National Security, a commercial start-up that is bringing innovative distributed simulation technology to defense. She also serves as an Adjunct Senior Fellow in the Center for a New American Security’s defense program and wargaming lab and as a Non-Resident Fellow at the Joint Special Operations University. A former professor, Ms. McArdle has served on Congressman Langevin’s cyber advisory committee and as an expert member of a NATO technical group that developed cyber effects for the military alliance’s mission and campaign simulations. Ms. McArdle is a PhD candidate at King’s College London in War Studies, is the recipient of the RADM Fred Lewis (I/ITSEC) doctoral scholarship in modeling and simulation, and is a Certified Modeling and Simulation Professional (CMSP). She is a term member with the Council on Foreign Relations. Ms. McArdle is also a frequent and valued contributor to the Mad Scientist Laboratory and The Convergence podcast. 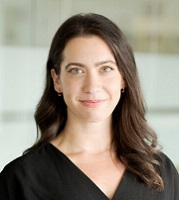 Becca Wasser is a Fellow in the Defense Program and lead of the Gaming Lab at the Center for a New American Security. Her research areas include defense strategy, force design, strategic and operational planning, force posture and employment, and wargaming. Prior to joining CNAS, Ms. Wasser was a senior policy analyst at the RAND Corporation, where she led research projects and wargames for the Department of Defense and other U.S. Government entities. She holds a BA from Brandeis University and an MS in foreign service from the Edmund A. Walsh School of Foreign Service at Georgetown University.

Dr. Stacie Pettyjohn is a Senior Fellow and Director of the Defense Program at the Center for a New American Security. Her areas of expertise include defense strategy, posture, force planning, the defense budget, and wargaming. Prior to joining CNAS, Dr. Pettyjohn spent over 10 years at the RAND Corporation as a political scientist. Between 2019–2021, she was the director of the strategy and doctrine program in Project Air Force. From 2014–2020, she served as the co-director of the Center for Gaming. In 2020, she was a volunteer on the Biden administration’s defense transition team. She has designed and led strategic and operational games that have assessed new operational concepts, tested the impacts of new technology, examined nuclear escalation and warfighting, and explored unclear phenomena, such as gray zone tactics and information warfare. Previously, she was a research fellow at the Brookings Institution, a peace scholar at the United States Institute of Peace, and a TAPIR fellow at the RAND Corporation. Dr. Pettyjohn holds a PhD and an MA in foreign affairs from the University of Virginia and a BA in history and political science from the Ohio State University. 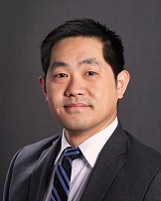 Sebastian Bae is a research analyst and game designer at CNA’s Gaming & Integration program, and works in wargaming, emerging technologies, the future of warfare, and strategy and doctrine for the U.S. Navy and Marine Corps. He also serves as an adjunct assistant professor at the Center for Security Studies at Georgetown University, where he teaches a graduate course on designing educational wargames. He has taught similar courses at the U.S. Naval Academy and the U.S. Marine Corps Command & Staff College. He is also the faculty advisor to the Georgetown University Wargaming Society, the Co-Chair of the Military Operations Research Society Wargaming Community of Practice, and a Non-Resident Fellow at the Brute Krulak Center for Innovation and Creativity. Previously, he served six years in the Marine Corps Infantry, leaving as a Sergeant. He deployed to Iraq in 2009.

Dan Mahoney is the Chief of the Campaign Wargaming Division at the Center for Army Analysis (CAA). Mr. Mahoney was an ROTC Cadet at Lehigh University and spent 23 years as an Infantry officer in the Army, retiring as a Lieutenant Colonel. He taught at the United States Military Academy at West Point before attending the School of Advanced Military Studies, becoming the Chief of Plans for the 1st Cavalry Division, and eventually founding the Campaign Wargaming Division at CAA. 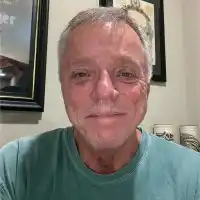 Jeff Hodges is the educational lead at the U.S. Army Modeling and Simulation School (AMSS) at Ft. Belvoir, VA. He designs and implements courses at AMSS to ensure that the FA57 and CP36 workforce can fully support the Commander’s readiness objectives by building awareness, building a Common Operating Picture (COP), and building tough and realistic simulations, tabletop exercises, and wargames that facilitate staff understanding, education, and training.

Stay tuned to the Mad Scientist Laboratory for our next episode of The Convergence, featuring Zach Schonbrun, journalist and author of The Performance Cortex: How Neuroscience is Redefining Athletic Genius .  We’ll talk with Zach about his book, how the brain — not the body — may be responsible for athletic prowess, and the implications for future Soldiers.

…. and check out the following Army Mad Scientist wargaming-related content:

Would You Like to Play a Game? Wargaming as a Learning Experience and Key Assumptions Check and “No Option is Excluded” — Using Wargaming to Envision a Chinese Assault on Taiwan, by Ian Sullivan

From Legos to Modular Simulation Architectures: Enabling the Power of Future (War) Play, by Jennifer McArdle and Caitlin Dohrman