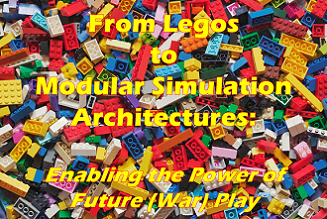 [Editor’s Note: Mad Scientist welcomes today’s guest bloggers Jennifer McArdle, Product Strategist at Improbable LLC and an adjunct senior fellow at the Center for a New American Security (CNAS), and Caitlin Dohrman President of Improbable LLC and General Manager of Improbable’s U.S. defense business, with their timely post calling for the Army to embrace  modular open systems architecture in developing and acquiring its next generation of training devices, simulations, and simulators.  The inherent flexibility, composability, and scalability offered by this architecture will facilitate the development of a robust Synthetic Training Environment that can more accurately replicate Multi-Domain Operations in the Operational Environment for realistic collective, multi-echelon training and mission rehearsal.  Read on!]

In 1949, a Danish toy maker, experimenting with the country’s first plastic injection machine, produced a simple plastic brick — a bespoke toy, whose 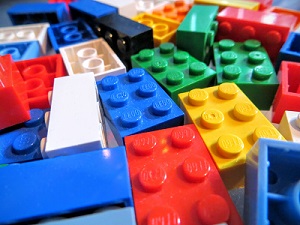 successor, the signature LEGO brick, would later revolutionize play. The 1949 model, however, lacked the stud-and-coupling system of its replacement, limiting the brick’s stability and connective capacity. Almost a decade later, the interlocking stud system was patented, paving the way for future LEGO worlds, from Star Wars, to Harry Potter, pirates, and even NASA’s Apollo 11 Lunar Lander. The new modular design ensured that LEGO world creation was no longer limited by the technical specifications of the bricks, but by the builder (or child’s) imagination.

As the U.S. Army works to implement its future Synthetic Training Environment (STE), the Danish toy maker’s innovative approach is worth emulating. Much as LEGO had to jettison its rigid brick specifications in support of a more versatile and flexible design, the U.S. Army should move away from monolithic simulation architectures, in favor of modularity. Only then will the Army be able to produce an adaptive training environment — a virtual and constructive world — that truly reflects the complexity of the future battlespace.

The Limitations of Monolithic Architectures
Many modeling and simulation tools currently in use by the U.S. military provide features that are vertically integrated into one monolithic framework or engine. That one framework or engine is responsible for the entirety of the simulated world, to include the simulation’s scale, visualization layers, physics, pathfinding, and artificial intelligence. Monolithic engines confine training designers to the engine’s modeling and simulation offering — an offering that may not be representative of the complexity of future conflict. For instance, 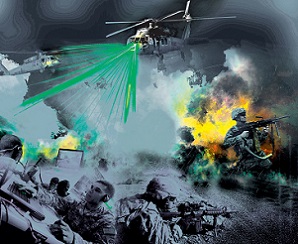 some military engines may lack cyber, information, or space models, thereby limiting training scenarios to the more traditional domains of air, land, and sea. When cyber or information models do exist, they may lack the realism provided by other models available in the marketplace or academia. Additionally, unless scalability has been designed into these solutions up front, monolithic frameworks will remain insufficient in size and complexity. They may be limited in their ability to simulate, for example, a dense urban environment, teeming with hundreds of thousands, or even millions, of interacting entities — ranging from friendly and opposing forces to local civilians. In short, monolithic frameworks restrict training to their simulation offering. Military training is artificially stunted by how that monolithic engine imagined and replicated combat — a particularly problematic proposition — given that many monolithic solutions are based on decades-old acquisition, deployment, and operating methodologies.

The Power of Modular Open Systems Architectures
Instead, future military training, particularly the Army’s STE, should be designed and engineered, in its entirety, around modularity. Past efforts to improve interoperability of training and simulation systems, such as Distributed Interactive Simulation or High-Level Architecture, were developed in the ‘80s and ‘90s, respectively. While innovative for their time, they fall short of representing the complexity, scale, and reaction times of modern warfare. Indeed, just as LEGO’s stud-and-coupled system of bricks provided starry-eyed young builders with the capacity to create LEGO worlds of limitless possibility; today, a modular open systems architecture will afford military training designers the flexibility to develop a complex multi-domain training environment, one which more accurately represents the future operating environment — and at scale.

Flexibility via Composability
Preparing for the future battlespace requires a flexible and layered architecture that allows the training instructor to select varied models and applications, in an iterative process that more accurately reflects the chameleonic character of modern warfare. Just as a child can swap out and combine LEGO bricks to produce the LEGO world of their imagination, a modular open systems architecture, with well documented connective interfaces, should allow different models and engines to be interlinked for training. For instance, one military simulation content provider may provide exceptional physics models but weak artificial intelligence models. Another may furnish the opposite—with solid artificial intelligence modeling at the expense of physics. A modular open systems architecture should allow the military to “plug and play” with the best models from each respective engine, thus weaving the best artificial intelligence and physics models into one synthetic world. 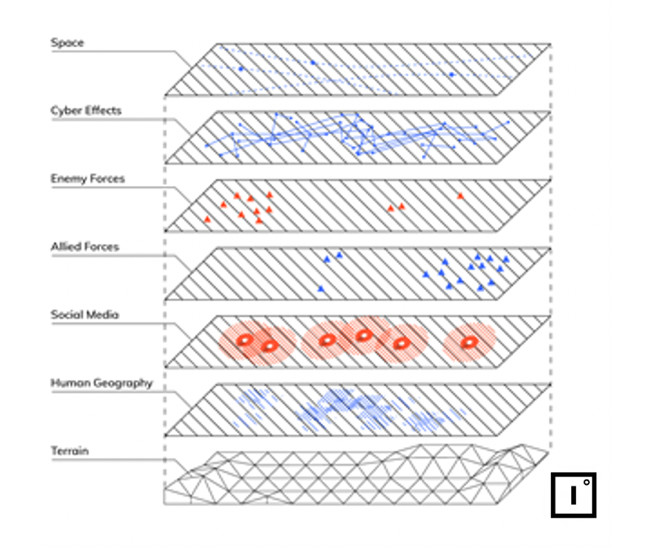 Adopting an architecture centered around such flexibility and composability will ensure that the Army can simulate a complex multi-domain environment — whether the training exercise is centered around gray zone operations, high-end combat, or includes Joint, interagency, or multinational partners.

Scalability
By drawing on distributed computing platforms (or servers), a modular open system architecture can also allow multiple simulation engines and models to run concurrently and in seamless coordination across one distributed simulation plane — thereby engendering a virtual and constructive world at near-limitless scale. This proven capability is essential when attempting to mimic future operating environments. Indeed, simulating a dense urban battlespace, a congested coastal arena, or an incoming missile (or unmanned system) saturation attack requires an architecture designed for scalability up-front. 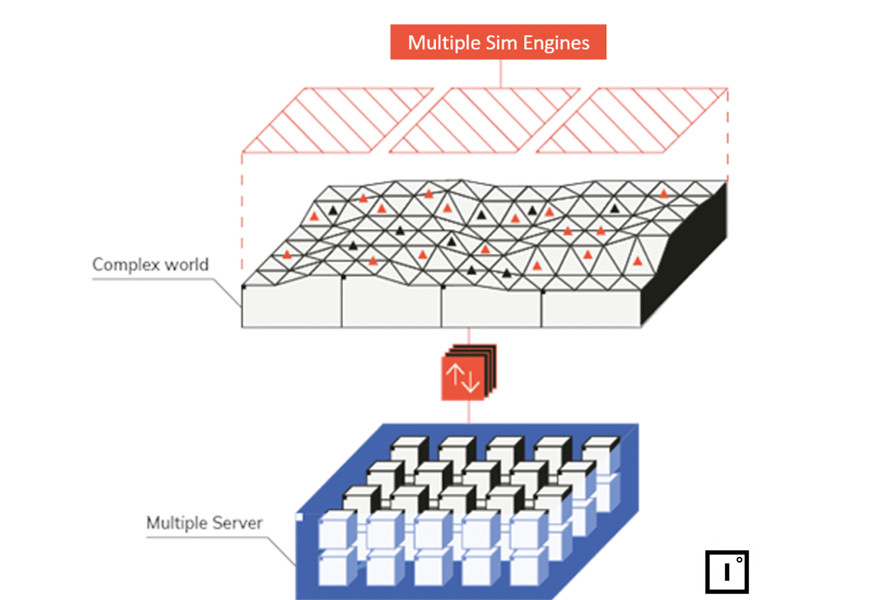 Today, progress in distributed and edge computing allow users to access richer and more immersive worlds without latency and throughput challenges, as the burden of computation is automatically divided across many processes and machines. These technological innovations, when fused with a modular architecture, should guarantee that the fidelity, speed, and resilience of forthcoming synthetic training environments meets the Army’s stated needs — now and into the future.

Conclusion
The need for such a modular approach to acquisitions was highlighted in the 2015 National Defense Authorization Act as an important goal across crucial mission areas — to include training. However, many military requests for future synthetic environments continue to pay only lip service to the concept, without defining the requirements that would truly implement such an adaptable architecture. Instead, all too often, requests call for a single engine to support the entirety of the synthetic environment, without also requiring that same engine be broken down into interoperable components, or composable “bricks,” that can be changed as the military’s training needs evolve. As the Army embarks on its largest synthetic training program to date, it has the opportunity to break free from more constrained solutions tied to legacy monolithic simulation engines and demonstrate a new way of building 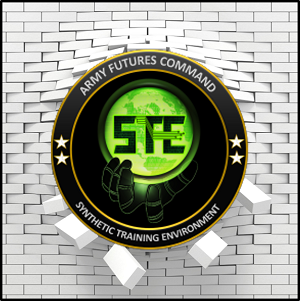 truly flexible and scalable solutions. The Army’s STE should seek to genuinely cultivate modularity across its military simulation and serious gaming capabilities. Only then, like  LEGO, will it be able to produce near-limitless virtual and constructive worlds that stand the test of time, all while keeping pace with the ever-changing character of war.

Watch The Synthetic Training Environment [via a non-DoD network], presented by MG Maria Gervais, Director, STE Cross Functional Team (CFT) / Deputy Commanding General, Combined Arms Center-Training (DCG, CAC-T), from the Mad Scientist Installations of the Future Conference, co-sponsored by the Office of the Assistant Secretary of the Army for Installations, Energy and Environment (OASA (IE&E)) and the Georgia Tech Research Institute (GTRI) on 19-20 June 2018 in Atlanta, Georgia, and see her associated slide deck

… read The Convergence: The Future of Software with Major Rob Slaughter, then listen to the associated podcast

… and explore the Operational Environment’s complexity that will need to be replicated in the U.S. Army’s STE:

— featuring subject matter experts from DARPA’s Defense Sciences Office, OSD’s Strategy and Force Development, and the JAIC — will explore the ethical and policy considerations regarding autonomous systems on the future battlefield. Unmanned robotic and autonomous systems (both individual and swarming) will proliferate across the Operational Environment, presenting a host of opportunities and challenges for the U.S. Army. Join us in addressing these critical issues now so that the Army can incorporate insights into future force development and structuring.

>>> REMINDER 2: We have launched our Mad Scientist Writing Contest on Competition, Crisis, Conflict, and Change to crowdsource the intellect of the Nation (i.e., You!) regarding:

Jennifer McArdle is a product strategist at Improbable LLC and an adjunct senior fellow at the Center for a New American Security (CNAS).

Caitlin Dohrman is the president of Improbable LLC and general manager of Improbable’s U.S. defense business.