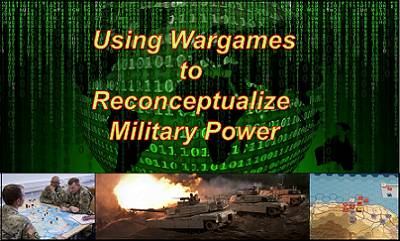 [Editor’s Note:  Army Mad Scientist welcomes back returning guest blogger and proclaimed Mad Scientist Caroline Duckworth with another insightful post, this time addressing the limitations of traditional net assessment in accurately predicting combat operations’ outcomes.  Using the on-going conflict in Ukraine as a use case, Ms. Duckworth explores aspects of this conflict that have yielded today’s unanticipated David versus Goliath standoff.  In identifying these “intangibles,” she then posits how the Army could leverage experts in qualitative strengths game design to allocate weighted measures and incorporate them into wargaming.  These effects could then be re-evaluated after each round of gameplay, enabling fine tuning to better reflect real world realities — Read on!]

While challenging to capture, measuring a military’s power historically relies heavily on quantitative measurements. The number of weapons, troops, and transport vessels all indicate how capable an adversary might be in battle. However, as illustrated in the Ukrainian defense against the Russian invasion, materiel size only tells part of the story.

Researchers have long called for a reinvention of the way we conceptualize military power. Several new indices have been developed that include modern metrics from equipment age to intelligence capabilities and recent combat experience. And yet, despite recognizing the importance of these qualitative metrics, the success of Ukrainian resistance still defied expectations. Such a failure of prediction is particularly surprising given efforts to adjust for recent gross miscalculation of Afghan military strength. In this case, too, the United States misjudged a foreign military because it failed to take into consideration important qualitative metrics. Senator Angus King said, “Within 12 months … we 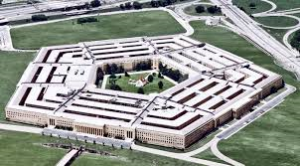 How can the Army, the Department of Defense (DoD), and the national security architecture as a whole better understand the power of foreign militaries? The answer lies in wargames.

Indices and assessments of military capability tend to capture numerical metrics—like spending, force size, and weapons counts—first. By these assessments, Ukraine should not have been able to withstand the Russian invasion. For instance, Global Fire Power estimates that Ukraine has only 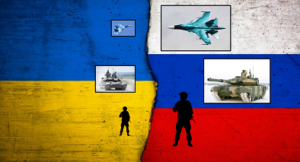 500,000 total military personnel compared to Russia’s 1,350,000. The Ukrainian military was also outmatched in numbers of armored fighting vehicles and combat aircraft, having just 20.9% and 9.5% of the Russian force’s assets, respectively. By these measures, the fall of Ukraine seemed inevitable; as U.S. Chairman of the Joint Chiefs of Staff General Mark A. Milley said, “The math problem is very difficult for the Ukrainians.”

Despite this bleak outlook, the war in Ukraine is now in its fifth month. Ukraine has shown surprising strength, leveraging its home field advantage and technologically savvy leadership to boost its citizens’ morale and slow Russia’s advance into the country. While smaller in size, the Ukrainian military has been largely successful in targeting the Russian military’s logistics. It has taken aim at ammunition storage sites and destroyed key bridges, helping to offset Russia’s numerical advantage and complicating its ability to sustain continued offensive operations. Ukraine’s civilian population has mobilized, too, demonstrating a level of resilience, determination, and tenacity not seen in Russia’s military.

It’s unclear how this quantity versus quality disparity will play out as the war progresses. What is certain, however, is that we could have better understood both the strengths of the Ukrainian force and key weaknesses underlying Russia’s invasion. To avoid this mistake in the future, assessments of military capability should address both human elements, like troop morale, training, and experience, and the resilience of logistical support systems, in addition to traditional quantitative evaluations.

A new framework for military power

The U.S. military clearly recognizes the importance of qualitative factors when considering its own strength. Its leaders have long heralded the importance of personnel quality to achieving victory. The Army specifically highlighted this feature of success in its Army People Strategy, published in 2019. Training, healthcare, and support for civilian families are all frequently lauded to 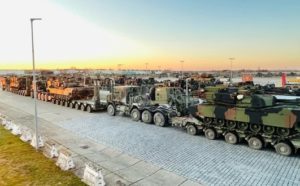 significantly contribute to U.S. mission success. Historically, too, the U.S. military has had the advantage in logistics, working to ensure that each branch has stable supply chains and ensuring interoperability between the forces. Thus, it is evident that the U.S. military values the qualitative elements of its own force strength. These measurements must now be applied to foreign forces as well.

While a holistic measure of an adversary’s strength may be less concrete, it will also be more accurate. In addition to statistics on number, type, and age of weapons, assessments should include:

Ukrainian military leadership has been strong, as well. General Valeriy Zaluzhnyy, Ukraine’s Commander-In-Chief, has been described as a representation “of the new generation of Ukrainian military — senior, middle level and even low level officers.” While he has avoided public appearances and interviews since the beginning of the invasion, he has, according to General Milley, “[been] the man behind [the Ukrainian resistance], bearing the immense burden of leading in combat. His work will be remembered by history.” Thus, Zelensky’s civilian leadership is complemented by strong military leadership, creating a feature of the Ukrainian military that is not captured by today’s measurements of strength.

Stay tuned to the Mad Scientist Laboratory for our next episode of The Convergence — addressing how wargaming can broaden our understanding of future Operational Environment possibilities — to be published next week on 18 August 2022.

Would You Like to Play a Game? Wargaming as a Learning Experience and Key Assumptions Check and “No Option is Excluded” — Using Wargaming to Envision a Chinese Assault on Taiwan, by Ian Sullivan

From Legos to Modular Simulation Architectures: Enabling the Power of Future (War) Play, by Jennifer McArdle and Caitlin Dohrman