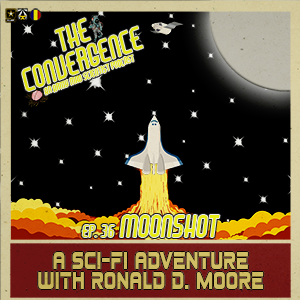 [Editor’s Note: Mad Scientist is pleased to introduce a new series of The Convergence podcast interviews with writers, creators, and producers who have a wealth of knowledge and experience in envisioning the future in diverse and unique ways!  Creative writing and narrative building helps us to explore how emergent technologies and other capabilities could be employed and operationalized.  Today’s post highlights key points from our interview with Ronald D. Moore — award winning screenwriter and producer of the several science fiction, fantasy, and alternative history television shows — in the first of our special series of podcasts exploring the power of science fiction, the importance of storytelling, and the significance of imagination — Read on!]. 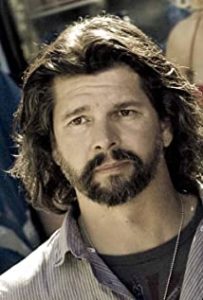 Ronald D. Moore is a multiple Emmy and Hugo award-winning screenwriter and producer for Star Trek: The Next Generation; Star Trek:  Deep Space Nine, the re-imagined Battlestar Galactica (for which he also won a Peabody award), the Outlander historical fantasy series, Philip K. Dick’s Electric Dreams, and the For All Mankind streaming series portraying an alternative history featuring an enduring American/Soviet Space Race after the Russians beat us to the Moon.

In today’s podcast, Mr. Moore discusses creativity, the power of science fiction in exploring future technologies, the importance of storytelling and narrative,  and the significance of imagination in formulating fresh perspectives about future possibilities.  The following bullet points highlight key insights from our discussion:

Stay tuned to the Mad Scientist Laboratory for our next episode of “The Convergence,” featuring our interview with proclaimed Mad Scientists Peter W. Singer and August Cole — co-authors of the sci-fi techno thrillers Ghost Fleet: A Novel of the Next World War and Burn-In: A Novel of the Real Robotic Revolution — in the second of our special series of podcasts exploring the power of science fiction, the importance of storytelling and narrative, and the significance of imagination.

“Dark Side of the Moon” in “The Queue” Redux!

The Convergence: Reading and Leading in the Future, and the associated podcast