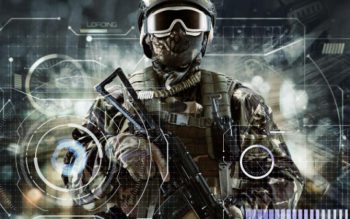 [Editor’s Note: At the conclusion of another successful Mad Scientist Science Fiction Writing Contest, we had received over 75 highly imaginative short stories. In addition to listing and linking you to the contest’s winning submission (as well as those of our finalists), today’s post reports back on the major cross-cutting themes we were able to distill from your collective creativity and provides effective writing tips from Dr. David Brin, our contest’s senior judge and multiple award-winning science fiction author. Enjoy!]

The U.S. Army finds itself at a historical inflection point, where disparate, yet related elements of an increasingly complex Operational Environment (OE) are converging, creating a situation where fast moving trends are rapidly transforming the nature of all aspects of society and human life – including the 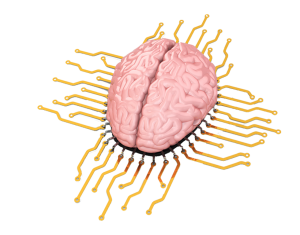 character of warfare. It is important to take a creative approach to projecting and anticipating both the transformational and enduring trends that will lend themselves to the depiction of the future. In this vein, the Army’s Mad Scientist Initiative sought out the creativity, unique ideas, and intellect of the nation (and beyond!) to describe a battlefield that does not yet exist. 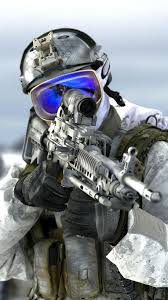 On March 17th, 2030, the country of Donovia, after months of strained relations and covert hostilities, invades neighboring country Otso. Donovia is a wealthy nation that is a near-peer competitor to the United States. Like the United States, Donovia has invested heavily in disruptive technologies such as robotics, AI, autonomy, quantum information sciences, bio enhancements and gene editing, space-based weapons and communications, drones, nanotechnology, and directed energy weapons. The United States is a close ally of Otso and is compelled to intervene due to treaty obligations and historical ties. The United States is about to engage Donovia in its first battle with a near-peer competitor in over 80 years…

In this venture, we received over 75 submissions from an incredibly diverse audience — ranging from programmers to school teachers to career military officers. The submissions were incredibly rich and Mad Scientist was able to glean a great many lessons learned from all of them.

Our contest winner and finalists’ submissions were published by our colleagues at the Modern War Institute at West Point:

AN41, by COL Jasper Jeffers

An additional number of submissions were published by our colleagues at Small Wars Journal.

Five cross-cutting themes emerged from across the collective submissions: 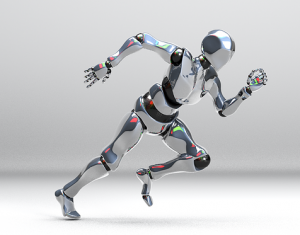 1) Machine Speed Information / Processing / Assessment and Real-time Connectivity and Reaction – Actions and reactions are occurring in such a truncated timeline that human operators have difficulty in comprehending or keeping up with these dynamic interactions. 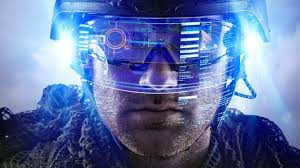 2) Mixed or eXtended Reality (MR/XR) – Augmented, virtual, and synthetic realities are prevalent not only on the battlefield but throughout life. They enhance our warfighters’ situational understanding and play a critical part in how humans work together and collaborate, not only with themselves but with the machines with whom they relate. The pervasiveness of this technology is analogous to the intuitive familiarity people have today with the countless data interface screens encountered in contemporary living. 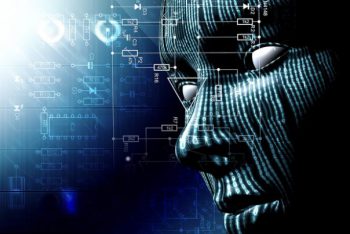 3) Human-machine Interface and/or Interconnectivity – Humans and machines not only teamed, but melded or wholly integrated at certain points in all of the stories. There comes a certain point where humans and robots (or their respective actions) cannot be distinguished from one another. 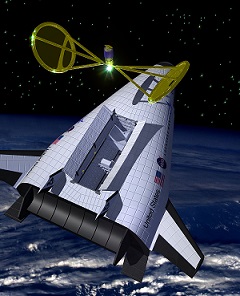 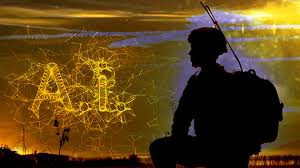 5) Artificial Intelligence – AI is prevalent across the stories, not only as an aid in decision-making and a driver of autonomy, but also as an overlay of the social and political environment. It is often presented as a double-edged sword that both informs, guides, and aids humans, but is also prone to contextual misunderstandings or overreliance on data.

The collective body of submissions presented us with a myriad of lessons learned. These will help the Army to frame and ultimately shift the paradigm of how we think about the Future OE. We are extremely grateful to all of our participants and encourage everyone to continue to go boldly into the future! 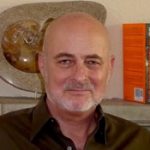 While writing science fiction can be a fun and thoughtful endeavor, it can also prove challenging. Here are some great insights from Dr. David Brin (Nebula, Hugo, Locus, and Campbell award winning science fiction author) who served as our contest’s senior judge. Many thanks for the tips, Dr. Brin!

Lieutenant Jade Mahelona hated the noise and confusion of crowds, yet now she was stuck on crowd control in a busy tunnel-street of Deep Indianapolis while her carrier ship was in airdock for repairs. She’d joined Solar Defense Force to get away from Earth cities, and she’d loved every minute of her month of relative quiet on pirate patrol in the asteroids.

Damn I hate crowd control duty. Over the tunnel noise and throng confusion of Deep Indianapolis, Jade could barely hear her sergeant growl in agreement, as if reading her mind.

“How long till the ship is fixed, lieutenant? I didn’t join SDF for this shit.”

Of course it was a coincidence – Mulcraft didn’t have her electric-empath sense… “Belay that,” She snapped. “We’ll be back out there on comfy pirate patrol in no time.” 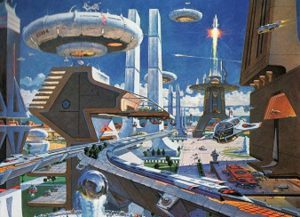 Do you see how I dumped in far more information via internal (italicized) thoughts, sensory input, and conversation, without once using “had” or even “was”?  Now throw in some action… someone in the crowd throws something, and you’ve started rolling along, supplying lots of background info without an intruding narrator dump!

Talk this over with your colleagues. Read aloud together and critique the first 5 paragraphs of lots of writers. Do nothing else in your workshop, till you all understand how to establish both the scene/situation and POV laced into conversation, action, and internal thoughts.

Alas, that’s all I have time for. But I hope it’s useful. Remember to read carefully my “advice article.” And above all keep at it! That’s the key to success.

If you enjoyed this post, please also see Ground Warfare in 2050: How It Might Look, by Dr. Alexander Kott…

… the following imaginative blog posts about warfare in the Future OE:

– Demons in the Tall Grass, by Mr. Mike Matson

– Biostorm: A Story of Future War, by Mr. Anthony DeCapite