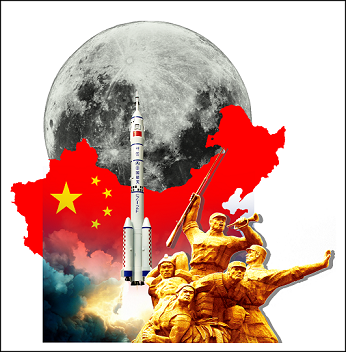 ‘We can talk quite glibly about ‘cognitive domains’ – but understanding contexts, especially social and cultural, is vital to discern motivation or intent’ — Air Marshal Stringer, Director General Joint Force Development

[Editor’s Note: Per the author of today’s post, Lt Col Dave Calder, British Army, “This post looks at how science fiction (SF) can provide some critical utility to militaries. My first article looked broadly at where it can help us see the world differently; making parts of it seem strange so to highlight how it can be changed.  For this piece, I wanted to push the boundaries of where I believe SF can give us an intellectual edge. By assuming its critical utility is universal, I have tried use SF to gaze into the cultures of others to draw out insight that might shape, temper, or aid our decision making. By looking at China’s canon, I believe it is possible to get a sense of the scale of their ambition, the challenges to its rise as a global power, and understand Beijing’s view of the West. Enjoy Lt Col Calder’s post!]

Today, Chinese SF enjoys a global audience, mainly thanks to the popularity of Cixin Liu’s Hugo Award-Winning Three Body Problem and the recent release of The Wandering Earth – China’s highest grossing SF film. This exposure, while welcome, eclipses a rich and well-established tradition which is over 100 years old. Writers like Lu Xun, for example, use SF as a means of political commentary and paint a dark picture of the Late Qing period and colonialism. Scholars of Chinese SF draw clear links between early works, like Huangjiang Diasou’s Tales of the Moon Colony, and the so-called ‘New-Wave’ of writing which has appeared over the past decade. One of their sharpest observations relates to how power can be derived from commoditising and rationing scientific knowledge. Where the colonial powers (and Jesuits before them) effectively influenced and subjugated China through the control of specific 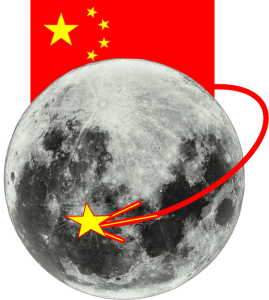 technologies, China today may be practising learned behaviours.1 Its overt (and covert) hoarding of intellectual property and desire to dominate disruptive technologies like AI and quantum computing might be seen as an attempt to assure its rise to a position of global leadership. Whether intentional or not, the tools of colonial modernity are today being played back on the West to China’s potential benefit.

The nature of ‘New-Wave’ SF very much reflects China’s complexity and its future aspirations. Hopes and fears are intertwined and framed by a sense of destiny. Over the past 12 years, the themes of China’s SF canon have moved away from concerns of everyday life to far loftier, and literally celestial, aspirations. Cixin Liu’s short story, The Sun of China,2 captures a sense of a nation capable of realising its own goals rather than have its place in the world determined by others.3 This resonates with a national vision which has been expressed in terms of Jintao’s ‘Chinese Dream’, the more philosophical aspects of Xi Jinping‘s ‘Belt and Road’ initiative, and the Chang’e lunar programme. China casts itself as an agent in its future and seems to have the ideological and financial capital to realise its visions.

Conversely, SF is such that the aspirational can never be divorced from the critical. Margaret Atwood once remarked that “utopia and dystopia are essentially flip-sides of the same form, and that every utopia has a dystopia concealed within it.”4  There is a growing realisation that the ‘Chinese Dream’ is distinct from its American predecessor and arouses a “nightmarish unconscious of a dream that does not necessarily belong to an individual but rather to a collective entity.”5 This increasing sense of 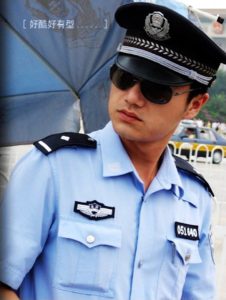 alarm is starkly reflected in China’s SF:  Zhang Ran’s Ether, for example, is a blunt attack on the increasing ubiquity of surveillance in China and is a clear protest against censorship.6   Equally, Han Song’s My Fatherland Does not Dream is deeply critical of the Chinese Government’s inability to recognise where the limits of central government control and privacy lie and suggest its aspirations will fail to materialise unless such concerns are addressed.7 Permitting the publication of such subversive notions in what we take to be an oppressive society, keen to minimise dissent, is interesting in itself.

The relationship between the Chinese SF scene and the state is complex. Chinese authors enjoy relative immunity from censorship as SF is seen as a means to address China’s creativity deficit. China’s top SF magazine Science Fiction World is widely available, and many of the genre’s literary conventions are state-sponsored. Party officials wish to move China from being a state which replicates the World’s technology to one which invents it.8 At the same time, 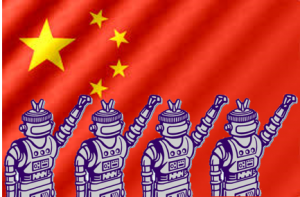 SF’s comparative obscurity as a literary genre means it lacks the popularity which would have it classed as ‘protest literature’. This willingness to balance subversion against economic reward arguably highlights the risk China is willing to take to mitigate deep concerns over its ability to meet the aspirations of the ‘Chinese Dream’. It also demonstrates the premium China places on innovation as a recipe for fueling future growth. 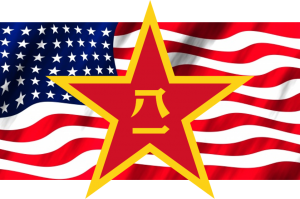 ‘New-Wave’ SF also provides the West with a mirror which can be used to look back at ourselves through Chinese eyes. In works like Han Song’s 2066: Red Star over America, the U.S. (and by implication the West) appears morally intransigent and unwilling to compromise on those issues which might affect how power and influence are wielded in the international system. We come across as protective and very much defined as status quo-seeking powers. While we share common values, the natures of our imagined utopias are fundamentally different. Ours is driven by individual rather than societal happiness. This point of divergence represents a key factor which must be addressed to avoid future confrontation and conflict.

In conclusion, China’s SF has the potential to yield interesting social insights which might drive external behaviours. Like any state, China’s history remains relevant in framing its actions today. SF gives us a lens to appreciate such dynamics and compare them to what is happening today: the commoditization of scientific and technical knowledge and using it to exert influence is a learned rather than invented technique. This does not excuse China’s apparent disregard for intellectual property norms, but it helps explain it and put our reactions in context. In looking at today’s SF, we find a complex mix of aspirational themes and subversive undercurrents. Both help us understand China a little more. The ‘New-Wave’ allows us to weigh their ‘destiny’ in one hand, and their challenges in another. Lastly, SF’s objectivity allows us to stare back at ourselves through the lens of Chinese literature. Knowing how we are seen should influence our decision making, just as much as our characterisation of

China does. This also allows us to compare ourselves to one another at a philosophical level. While we share some common values, we are currently moving down two different paths towards fundamentally different conceptions of utopia. At some point, we must re-converge if we are to avoid confrontation and conflict. That said, a clash is not inevitable. Understanding one another is the first step to accommodation: SF can play a role here to complement our more traditional methods of assessing strategic culture and deciphering Bejing’s intentions. It will not provide all the answers, but it might help find some.

– Proclaimed Mad Scientist Elsa Kania‘s post, Quantum Surprise on the Battlefield? as well as China’s Drive for Innovation Dominance, drawn from her presentation at the Mad Scientist Bio Convergence and Soldier 2050 Conference at SRI International, Menlo Park, 8-9 March 2018.  Her podcast from this event, China’s Quest for Enhanced Military Technology, is hosted by Modern War Institute.

2 This is a tale of a lowly window cleaner that is assigned to maintaining a solar shield (which is designed to reduce the effects of global warming) but succeeds in transforming it into a solar sail, enabling him to explore the stars.

6 Ran, Zhang. “Ether.” Edited by trans. Clarkesworld (trans. Carmen Yiling Yan, Ken Liu) 100 (Jan 2015). Here omnipotent surveillance in a near-future China leads to the language being reduced to a limited and utilitarian vocabulary and the development of a complex and subversive method of communication using messages written on people’s hands.

7 Rojas, Carlos and Andrea Bachner. The Oxford Handbook of Modern Chinese Literatures. Oxford: Oxford University Press, 2016. 551-553. My Fatherland was banned until 2007. It depicts a population of an authoritarian state which has been using drugs to optimise production and erase memories of past atrocities. The state’s sleepwalking population are unknowingly manipulated into delivering the state’s economic revolution but do not share in the benefits this advancement generates for an ‘un-sleeping’ elite.

8 Neil Gaiman. “The Genre of Pornography, or the Pornography of Genre.” In The View from the Cheap Seats: Selected Nonfiction. London: HarperCollins, 2017.