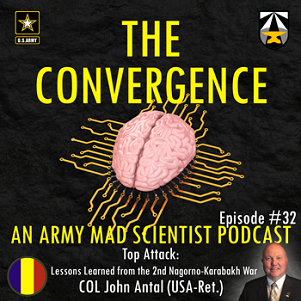 [Editor’s Note: Mad Scientist is pleased to announce our latest episode of The Convergence podcast, featuring COL John Antal (USA-Ret.), continuing our recent series of publications addressing the implications of the Second Nagorno-Karabakh Conflict.  While only a remote, regional conflict, this fight has significant ramifications for Large Scale Combat Operations.  Per COL Antal, “It is as important for us to study this [conflict] as it was for Generals Starry and DePuy to look at the ’73 Yom Kippur War…. from that we came up with AirLand Battle and the Big Five.”  Review the highlights below from this insightful discussion with COL Antal, briefly itemizing what we can learn from this short but decisive war between two peer competitors, then take the time to listen to the podcast and delve deeper into its implications for the U.S. Army and the changing character of warfare.  Every Army Leader worth their salt owes it to themselves and their Soldiers to listen to this podcast — Enjoy! (Please note that this podcast and several of the embedded links below are best accessed via a non-DoD network due to network priorities for teleworking)] 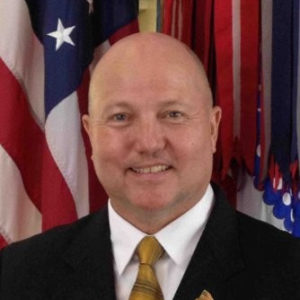 COL John Antal served 30 years in the Army and has commanded combat units from platoon through regiment and served on division, corps, and multinational staffs. He also served at the National Training Center and has extensive ex­perience in Korea, serving multiple tours on the DMZ.  After retiring from the Army, COL Antal was selected by Mi­crosoft Games Studio to help develop an interactive enter­tainment company in Texas. He then became the Executive Director for Gearbox Software with studios in Texas and Can­ada. He led teams to develop multiple AAA+ video games and is an innovator in the interactive gaming and learning industry.  As an author, COL Antal has published 16 books and hundreds of magazine articles. He has served as Editor of the Armchair General magazine, and appeared on TV and the radio to discuss leadership, historical, and national security issues. He is a freelance correspondent for Euro-based Military Tech­nology (Mönch Publishing Group) and Mittler Report Verlag.

In today’s podcast, COL Antal discusses the implications of the Second Nagorno-Karabakh Conflict, the psychological effects of drone warfare, and the future of maneuver. The following bullet points highlight key insights from our interview with him:

1.  Know Yourself, Know your Enemies.  The Azeris had reviewed the underlying causes of their previous defeat at hands of the Armenian armed forces, meticulously studied their current capabilities, and adapted/incorporated new ways of warfare, enabling them to decisively win this conflict in 44 days.  Better equipment, organization, training, preparation, and leadership are key.

2. Set the Conditions for Success before you Fight.  The Azeris had cultivated strategic relationships with both Turkey and Israel — providing them with access to sophisticated ISR and strike UAS and loitering munitions.  They also induced hesitation with Armenia’s sponsor, Russia, causing them to equivocate whether the defense of the Nagorno-Karabakh region fell within the scope of the Armenian-Russian mutual defense agreement.

4. Dominate across all Domains.  While the Maritime domain did not factor significantly in this conflict (Nagorno-Karabakh being landlocked), the Azeris dominated all other domains, successfully synchronizing actions across the Air, Land, Cyber, and even the Space domains — with their Turkish-supplied Bayraktar TB2 ISR and strike UAS leveraging Turkish satellites for communications links.

5. The Battlefield is Becoming Increasingly Transparent. Despite camouflage, Armenian command posts and air defense assets were easily targeted and destroyed.  If you are sensed, you are targeted; and if targeted, you are destroyed or rendered inop. Sensors are more important than shooters, enabling shooters to now execute with greater precision than ever before. High definition full motion real-time videos from UAS and loitering munitions not only allowed the Azeris to target and destroy Armenian systems and personnel, but provided intelligence, battle damage assessment, and video content used to win the information war.  There is nowhere to hide.

6. Masking is Essential to Survive in the Future Battlespace. Masking is a full spectrum effort engaging all active and passive measures to make systems and personnel hard to target. Camouflage is no longer enough. We must define, study, and promote the concept of masking as a key element of war — possibly elevating it as a separate principle of war.  Our mantra must be “Mask or Die.”

7. Top Attack is Becoming the Decisive Method of War.  Azeris’ UAVs and loitering munitions provided them with a relatively inexpensive substitute for conventional air power.  Any state (or non-state actor) with the resources to purchase top attack systems on the global market has the potential to achieve air supremacy.

8. Long Range Precision Fires will Dominate Future Fights.  Azeris use of both dumb and smart artillery fires, in conjunction with UAS and brilliant loitering munitions, enabled them to win decisively in just 44 days.  There was no decisive close combat fight.  We need to develop our own standoff strike capabilities, while simultaneously denying our adversaries the use of theirs.

9. Active Protection Systems and Air Defense.  Active defense systems are needed to survive in the new battlespace.  Armenian ground forces had about seven seconds to react to incoming strikes by UAS and loitering munitions, resulting in devastating crises in their Soldiers’ morale and will to fight.  Layered, multi-capable, air defense against top attack munitions, missiles, aircraft, and low-speed and high-speed threats, is vital. We need an “Iron Dome-like” top attack protection capability for our combat, command and control, combat support, and combat service support elements.

10. Warfare is Accelerated. Roboticization and automation mean battles will be increasingly executed faster than ever before. This trend will turn the existing “kill chain” into a “kill web,” where artificial intelligence (AI) will prioritize and synchronize weapons engaging targets across multiple domains.   This synchronization will be AI-led, with humans-in or on-the-loop, then executed with humans-out-of-the-loop at hyperspeed.

Stay tuned to the Mad Scientist Laboratory for our next episode of “The Convergence,” featuring our interview with the Undersecretary of the Navy, the Honorable James “Hondo” Geurts and Dr. Zachary Davis, Senior Fellow, Center for Global Security Research, Lawrence Livermore National Laboratory, discussing how to think radically about the future, capitalize on talent, and unleash technological convergences to out-compete our adversaries, and when necessary, defeat them decisively in conflict, on 15 April 2021.

If you enjoyed today’s post, check out COL Antal‘s Death from Above – How Secure Tactical Video Transmission Impacted the Second Nagorno-Karabakh War

… as well as the following related posts:

The Convergence: The Future of Ground Warfare with COL Scott Shaw and listen to the associated podcast

Insights from the Robotics and Autonomy Series of Virtual Events, as well as all of the associated webinar content (presenter biographies, slide decks, and notes) and associated videos [via a non-DoD network]

Ground Warfare in 2050: How It Might Look, “The Convergence” — Episode 6: The Intelligent Battlefield of the Future, and the associated podcast with proclaimed Mad Scientist Dr. Alexander Kott

>>>> REMINDER: Be sure to register for Mad Scientist’s next virtual

Check out this event’s 5W’s here, and then register here [via a non-DoD network] to participate in this informative event!