Small Wars Journal recently posted a Training and Doctrine Command (TRADOC) assessment entitled “An Advanced Engagement Battlespace: Tactical, Operational and Strategic Implications for the Future Operational Environment.” Developed in response to a question from the Army Chief of Staff following a Unified Quest (UQ) out brief, it addresses the future character of warfare in the Operational Environment (OE) of 2050, specifically the “Hyperactive Battlefield.” The paper’s conclusions are drawn from the TRADOC G-2’s Mad Scientist Initiative findings and our collaboration with the Army Capabilities Integration Center (ARCIC) and Combined Arms Center (CAC) to explore the idea of Advanced Engagements. 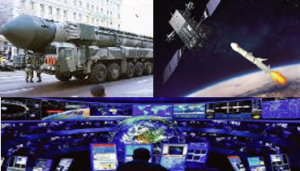 These engagements will be …

… compressed in time, as the speed of weapon delivery and their associated effects accelerate enormously;

… extended in space, in many cases to a global extent, via precision long-range strike and interconnectedness, particularly in the information environment;

… routinely interconnected – and contested — across the multiple domains of air, land, sea, space and cyber; and

… interactive across the multiple dimensions of conflict, not only across every domain in the physical dimension, but also the cognitive dimension of information operations, and even the moral dimension of belief and values. 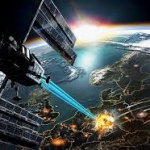 The paper discusses a progressively improved Recon / Strike Complex as one of the tactical implications of this “Hyperactive Battlefield”:

“The enhanced range, precision and proliferation of Advanced Engagements will render recon / strike effects that are vastly more lethal. Advanced Engagements will also enable a recon / strike complex that is stunningly faster, in many cases collapsing the decision-action cycle to mere milliseconds with automated, human-on-the-loop sensors. AI-enabled visual recognition will identify and classify military targets far faster than humans can. The decisive edge may accrue to the side with more autonomous decision-action concurrency.”

“The future recon / strike ‘complex,’ although extended to more domains, may paradoxically be ‘less complex’ and redesigned for “disintermediation.” Legacy recon / strike complexes depend on a series of orchestrated and carefully constrained intermediary linkages: processes, relationships, and communications architectures designed and optimized for specific combinations of sensors and shooters. A gamechanging capability may accrue to competitors who can design systems that minimize these intermediaries to adroitly link “any sensor / best shooter” combinations on an area basis, regardless of asset ownership, echelon or domain.”

The U.S. Army’s Force XXI initiative during the waning years of the previous century brought about Digitization and a revolution in what was then called Battle Command.

• What are the ramifications for future Mission (or Conditions) Command required capabilities, given this brave, new Recon / Strike Complex’s milli-second decision-action cycles and disintermediation?

Given continuing advances in Artificial Intelligence (AI) and machine learning,

• Can a compelling rationale be made justifying the removal of human judgement from the Observe – Orient – Decide – Act (OODA) loop on the “Hyperactive Battlefield?”

• If so, how do we ensure the continued ethical conduct of war?

• Conversely, is there an ethical rationale compelling the removal of humans from the OODA loop?

• Will this dynamic relegate large maneuver forces to the history books, as the static defenses in depth did to horse cavalry on the Western Front during the Great War?

One Reply to “2. Advanced Engagement Battlespace and the “Hyperactive Battlefield””