[Editor’s Note:  The U.S. Army Futures Command (AFC) and Training and Doctrine Command (TRADOC) co-sponsored the Mad Scientist Disruption and the Operational Environment Conference with the Cockrell School of Engineering at The University of Texas at Austin on 24-25 April 2019 in Austin, Texas. Today’s post is excerpted from this conference’s Final Report (see link at the end of this post), addressing how the Space Domain is becoming increasingly crowded, given that the community of spacefaring entities now comprises more than 90 nations, as well as companies such as Amazon, Google, and Alibaba.  This is particularly significant to the Army as it increasingly relies on space-based assets to support long-range precision fires and mission command.  Read on to learn how this space boom will create operational challenges for the Army, while simultaneously yield advances in autonomy that will ultimately benefit military applications in the other operational domains. (Note: Some of the embedded links in this post are best accessed using non-DoD networks.)]

“Everybody wants to launch satellites”

Space has the potential to become the most strategically important domain in the Operational Environment. Today’s maneuver Brigade Combat Team (BCT) has over 2,500 pieces of equipment dependent on space-based assets for 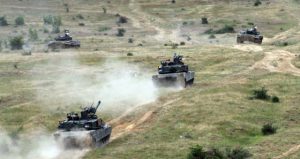 Low Earth Orbit is cluttered with hundreds of thousands of objects, such as satellites, debris, and other refuse that can pose a hazard to space operations, and only one percent of these objects are tracked.2  This complexity is further exacerbated by the fact that there are no universally recognized “space traffic rules” and no standard operating procedures. Additionally, there is a space “gold rush” with companies and countries racing to launch assets into orbit at a blistering pace. The FCC has granted over 7,500 satellite licenses for SpaceX alone over the next five years, and the U.S. has the potential to double the number of tracked space objects in that same timeframe.3 This has the potential to cause episodes of Kessler syndrome – where cascading damage produced by collisions increases debris by orders of magnitude.4  This excess debris could also be used as cover by an adversary for a hostile act, thereby making attribution difficult. 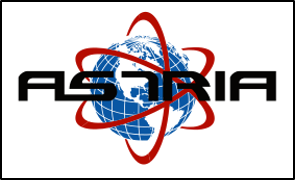 There are efforts, such as University of Texas-Austin’s tool ASTRIAGraph, to mitigate this problem through crowdsourcing the location of orbital objects. A key benefit of these tools is their ability to analyze all sources of information simultaneously so as to get the maximum mutual information on desired space domain awareness criteria and enable going from data to discovery.5   One added benefit is that the system layers the analysis of other organizations and governments to reveal gaps, inconsistencies, and data overlaps. This information is of vital importance to avoid collisions, to determine what is debris and what is active, and to properly plan flight paths. For the military, a collision with a mission-critical asset could disable warfighter capabilities, cause unintentional escalation, or result in loss of life.

Autonomy will be critical for future space activities because physical human presence in space will be limited. Autonomous robots with human-like mechanical skills performing maintenance and hardware survivability tasks will be vital. For example, NASA’s Gateway program relies upon fully autonomous systems to function as it’s devoid of humans for 11 months out of the year.

Fixing mechanical and hardware problems on the space station requires a dexterous robot on board that takes direction from a self-diagnosing program, thus creating a self-healing system of systems.6 The military can leverage this technology already developed for austere environments to perform tasks requiring fine motor skills in environments that are inhospitable or too dangerous for human life. Similar dual-use autonomous capabilities employed by our near-peer competitors could also serve as a threat capability against U.S. space assets.  As the military continues to expand its mission sets in space, and its assets become more complex systems of systems, it will increasingly rely on autonomous or semi-autonomous robots for maintenance, debris collection, and defense.

The Space Domain is vital to Land Domain operations.  Our adversaries are well aware of this dependence and intend to disrupt and degrade these capabilities.  NASA is at the forefront of long range operations with robotic systems responsible for self-healing, collection of information, and communications.  What lessons are being learned and applied by the Army from NASA’s experience with autonomous operations in Space?

– Dr. Julia Badger‘s presentation from the same conference on Robotics in Space.

1 Houck, Caroline, “The Army’s Space Force Has Doubled in Six Years, and Demand Is Still Going Up,” DefenseOne, 23 Aug. 2017. https://www.defenseone.com/technology/2017/08/armys-space-force-has-doubled-six-years-and-demand-still-going/140467/