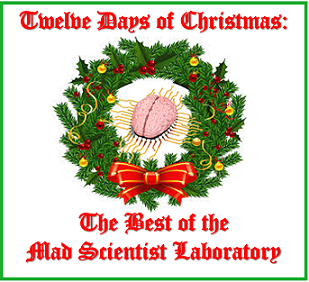 [Editor’s Note: Mad Scientist Laboratory is pleased to provide today’s post for your holiday reading pleasure.  We have compiled, synopsized, and embedded 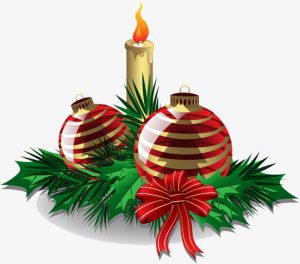 links to twelve of our best posts from the past three years  — please take some time during the busy holiday season to re-visit and reflect on each of their significant observations about the Operational Environment — Enjoy!]

1. Can TV and Movies Predict the Battlefield of the Future?  — Storytelling is one of Mad Scientist’s effective tools for envisioning future possibilities about the Operational Environment and the 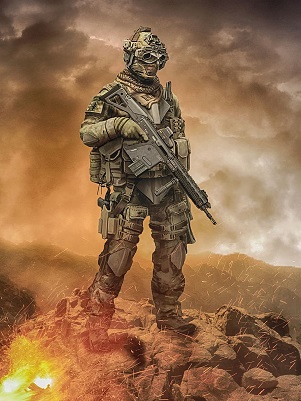 changing character of warfare.  Creative fictional writing and narrative building helps us see how emergent technologies could be realized and operationalized.  In this post, proclaimed Mad Scientist Dr. Peter Emanuel explores how popular culture can presage technological advancements and scientific breakthroughs, imagining the ramifications of genetic engineering, artificial intelligence, and transhumanism on the future of warfighting.

2. Making the Future More Personal: The Oft-Forgotten Human Driver in Future’s Analysis  — Exploring potential convergences of emergent technologies and the resultant warfighting innovations is the “bread and butter” of Mad Scientist!  This post by Ian Sullivan, however, addresses the underlying, yet too often ignored, paramount disruptor — people and ideas. 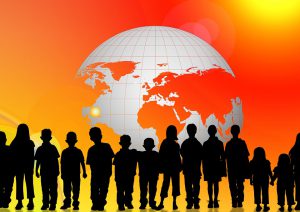 While emergent technologies facilitate the possibility of change, the catalyst, or change agent, remains the human with the revolutionary idea or concept that employs these new tools in an innovative way to bring about change in the character of future warfare.

3. The Myth of Agincourt and Lessons on Army Modernization  — In an equally insightful post, Ian Sullivan examines the Battle of Agincourt and turns the heretofore orthodoxy of thought regarding its implications on its head.  Traditionally viewed as an historical milestone in the democratization of warfare, with English and Welsh longbowmen triumphing over France’s 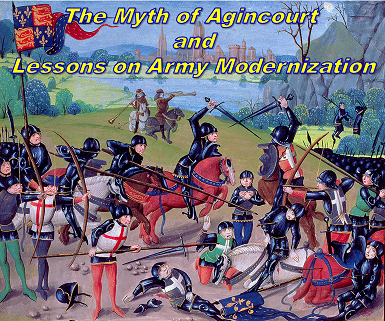 numerically superior force of heavily armored mounted nobility, this post re-examines the battle across the arc of history and identifies three important lessons for the U.S. Army to consider as it seeks to modernize to prevail in Competition and Crisis, and win decisively in armed Conflict against our adversaries.

4. The Trouble with Talent: Why We’re Struggling to Recruit and Retain Our Workforce — Sarah L. Sladek‘s post examines how many industries and government organizations remain enmeshed within Twentieth Century hierarchical management constructs, despite the Nation having moved on to become a Talent Economy. The Army will have to compete for talent with private industry, battling them on compensation, benefits, perks, and a less 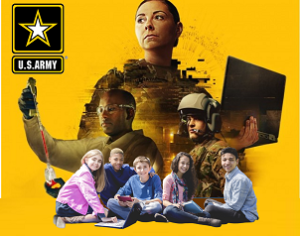 restrictive work environment. Recent challenges in attracting cyber-talent is a weak signal for the Army regarding recruiting, developing, and retaining the right mix of talent necessary to achieve the Multi-Domain Operations (MDO)-Capable Force by 2028 and set the conditions for fielding an MDO-Ready Force in 2035. This post provides a prescription for successfully generating, recruiting, and retaining our next generations of talent. 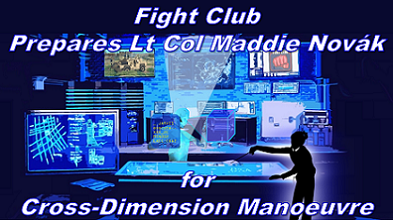 digital assistants, gaming, and Augmented and Virtual Reality (AR/VR). Using storytelling and backcasting, their post addresses how Leaders are already seeking out and leveraging these technologies to hone their warfighting skills across all dimensions, enhancing their overall competitiveness for command.

6. Cyborg Soldier 2050: Human/Machine Fusion and the Implications for the Future of the DOD — Edge Cases are another effective Mad Scientist tool for examining what is at the extreme of possibilities regarding new and emerging technologies and contextualizing the future.  Excerpted from a DoD Biotechnologies for Health and Human Performance Council study group’s 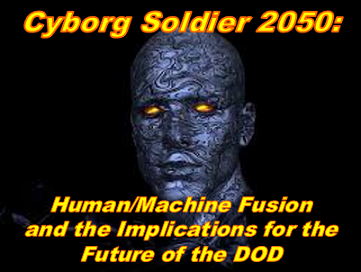 final report, this post identifies four potential military-use cases of machines that are physically integrated with the human body to augment and enhance human performance over the next 30 years, and makes seven recommendations on how the U.S. should proceed regarding human/machine enhancement technologies.

this post addresses how these environmental issues will exacerbate competition, social instability, and the potential for violence and conflict. 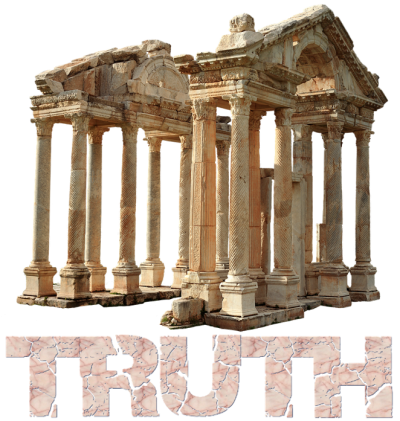 doubt about what is true. The ultimate goal of malicious actors is to undermine Americans’ and our allied and partner nations’ faith in the integrity of our democratic processes and sow pervasive mistrust in our systems. This post examines how adversaries could employ AI to generate convincing deepfakes and other disinformation to bombard, manipulate, and deceive us, revolutionizing the nature of competition and sapping our will to fight.

9. The Convergence: Bias, Behavior, and Baseball with Keith Law — Proclaimed Mad Scientist Keith Law discusses the parallels between baseball and the Information Environment, how statistics skew our thinking, and the 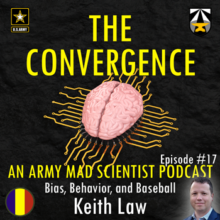 implications of anchoring bias. Read the highlights from our interview with him, listen to the podcast, then check out the video of his presentation on Decision Making, delivered during our Mad Scientist Weaponized Information Virtual Conference on 21 July 2020 [view using a non-DoD network, as YouTube videos are being blocked to preserve DoD bandwidth for teleworking]. 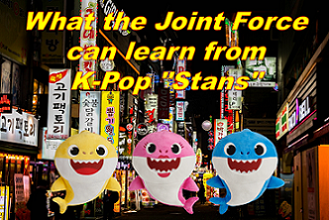 coordinating organically through fandom activity, having major political impacts – highlighting causes, spreading information, and overwhelming government messaging. Learn how this organic activism differs from the more traditional adversarial-based IO and what we can do to prepare to counter the pervasiveness of its messaging!

11. How Big of a Deal are Drone Swarms — Proclaimed Mad Scientist Zachary Kallenborn assesses the impact drone swarms will have on the Operational Environment, specifically addressing their military risk to both great and small powers, risks to the American people, and risks to human rights. These small, 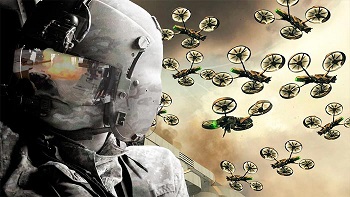 12. The Otso Incident with Donovia in 2030 — Robert J. Hranek‘s short story entitled “Angry Engineer” was one of over 75 highly imaginative submissions we received in response to our 2019 Mad Scientist Science Fiction Writing Contest — the premise of which was to imagine large scale combat operations in 2030 between the U.S. and its near peer competitor Donovia following the latter’s aggression against its neighbor and close U.S. ally, Otso.  Among the many future innovations addressed in his short story, Mr. Hranek includes a 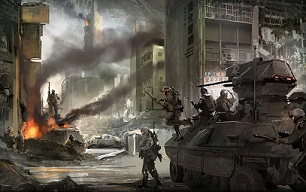 “pre-mortem” in the form of two dozen lessons learned, identifying potential “mistakes of the future” regarding the Battle for Otso for the U.S. Army to consider so that we’re not “doomed to repeat them the first time!”

>>> REMINDER 1:  We will facilitate the next webinar in our continuing Mad Scientist Robotics & Autonomy Series of Virtual Events on

>>> REMINDER 2:  We have launched our Mad Scientist Writing Contest on Competition, Crisis, Conflict, and Change to crowdsource the intellect of the Nation (i.e., You!) regarding:

Review the submission guidelines on our contest flyer, then get cracking brainstorming and crafting your innovative and insightful visions over the Holiday Season!  Deadline for submission is 15 March 2021. 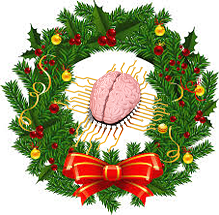 Mad Scientist Laboratory wishes all of our readers the Happiest of Holiday Seasons!