“Speed is the essence of war. Take advantage of the enemy’s unpreparedness; travel by unexpected routes and strike him where he has taken no precautions.” — Sun Tzu


Mad Scientist Laboratory has addressed the impact of Autonomy, Artificial Intelligence (AI), and Robotic Trends in previous posts. Consequential in their own right, particularly in the hands of our adversaries, the impact of these technology trends is exacerbated by their collective speed, scope, and convergence, leading ultimately to man-machine co-evolution.

Speed. Some Mad Scientists posit that the rate of progress in these technologies will be “faster than Moore’s law.” As our adversaries close the technology gap and potentially overtake us in select areas, there is clearly a “need for speed” as cited in the Defense Science Board (DSB) Report on Autonomy. The speed of actions and decisions will need to increase at a much higher pace over time.

“… the study concluded that autonomy will deliver substantial operational value across an increasingly diverse array of DoD missions, but the DoD must move more rapidly to realize this value. Allies and adversaries alike also have access to rapid technological advances occurring globally. In short, speed matters—in two distinct dimensions. First, autonomy can increase decision speed, enabling the U.S. to act inside an adversary’s operations cycle. Secondly, ongoing rapid transition of autonomy into warfighting capabilities is vital if the U.S. is to sustain military advantage.” — DSB Summer Study on Autonomy, June 2016 (p. 3) 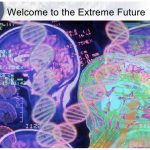 Scope. It may be necessary to increase not only the pace but also the scope of these decisions if these technologies generate the “extreme future” characterized by Mad Scientist Dr. James Canton as “hacking life” / “hacking matter” / “hacking the planet.” In short, no aspect of our current existence will remain untouched. Robotics, artificial intelligence, and autonomy – far from narrow topics – are closely linked to a broad range of enabling / adjunct technologies identified by Mad Scientists, to include:

Science and Technological Convergence. Although 90% of the technology development will occur in the very fragmented, uncontrolled private sector, there is still a need to view robotics, artificial intelligence and autonomy as a holistic, seamless system. Technology convergence is a recurring theme among Mad Scientists. They project that we will alter our fundamental thinking about science because of the “exponential convergence” of key technologies, including:


This convergence of technologies is already leading to revolutionary achievements with respect to sensing, data acquisition and retrieval, and computer processing hardware. These advances in turn enable machine learning to include reinforcement learning and artificial intelligence. They also facilitate advances in hardware and materials, 3D printing, robotics and autonomy, and open-sourced and reproducible computer code. Exponential convergence will generate “extremely complex futures” that include capability “building blocks” that afford strategic advantage to those who recognize and leverage them. 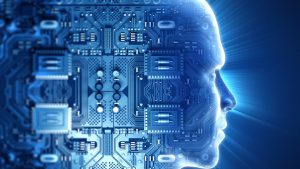 Co-Evolution. Clearly humans and these technologies are destined to co-evolve. Humans will be augmented in many ways: physically, via exoskeletons; perceptionally, via direct sensor inputs; genetically, via AI-enabled gene-editing technologies such as CRISPR; and cognitively via AI “COGs” and “Cogni-ceuticals.” 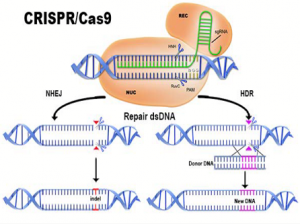 Human reality will be a “blended” one in which physical and digital environments, media and interactions are woven together in a seamless integration of the virtual and the physical. As daunting – and worrisome – as these technological developments might seem, there will be an equally daunting challenge in the co-evolution between man and machine: the co-evolution of trust. 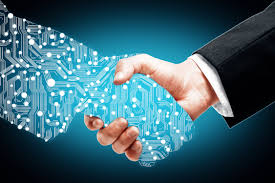 Trusted man-machine collaboration will require validation of system competence, a process that will take our legacy test and verification procedures far beyond their current limitations. Humans will expect autonomy to be nonetheless “directable,” and will expect autonomous systems to be able to explain the logic for their behavior, regardless of the complexity of the deep neural networks that motivate it. These technologies in turn must be able to adapt to user abilities and preferences, and attain some level of human awareness (e.g., cognitive, physiological, emotional state, situational knowledge, intent recognition).