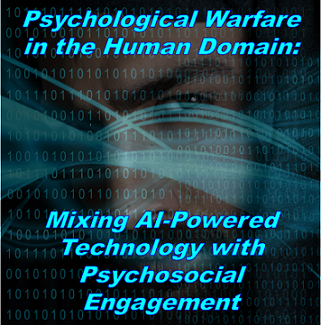 A multifunctional special operations team infiltrates into the Ad Dali’ Province of western Yemen as part of a coalition effort that supports the UN recognized government of President Mansour Hadi, based in the southern capital of Aden. 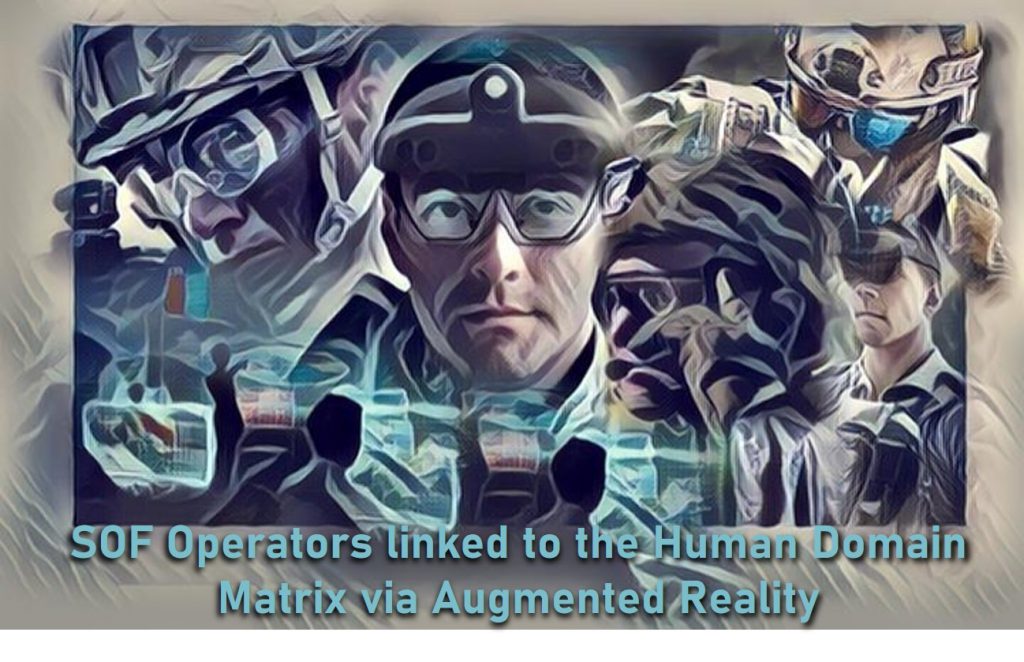 The team is one of several that have begun to infiltrate the tribal areas within the span of control of the Houthi rebel army that is based in Sana’a. The purpose of these specialized teams is simple: foment rebellion within the Yemeni tribes against their Houthi oppressors and return control of their tribal areas to the legitimate government as directed by the UN.

The team leader for the team that has infiltrated into Ad Dali’ is Captain Adam MacDonald of the British Army, who is leading part of his team into the ruined home of Sheikh Abdul Jaleel al-Hudaifi, in the war torn village of Najd al-Mukalla, in the al-Harsha district, just outside of the Ad Dali’ provincial capital. The previous Saturday, on February 12, 2025, militia fighters operating under the al-Houthi movement blew up the primary home of the tribal leader of the al-Harsha district using dynamite. The Houthi militia had forced their way into the home, ravaging it and chasing the occupants out. They then rigged the explosives and torched the Sheikh’s car to “teach him a lesson in humility and submission to the Houthi regime.” Apparently, he had been suspected by Malik al-Houthi of cooperating with the Saudi-led alliance that backs the UN recognized government in Aden. 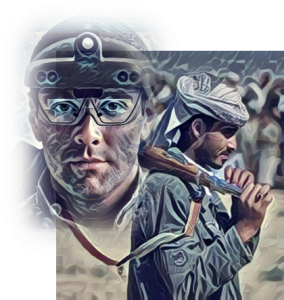 Captain MacDonald and his team have thoroughly studied their Yemeni target audience using the Human Domain Matrix (HDM)TM. The HDMTM is a newly emerging capability that allows operators to psychologically and emotionally analyze a conflict community to predict emotionally driven behavior and cognitive thought patterns. The HDMTM employs vast amounts of anthropologically curated, psychosocial-emotional data that is integrated into the team’s personal digital assistant (PDA) devices. 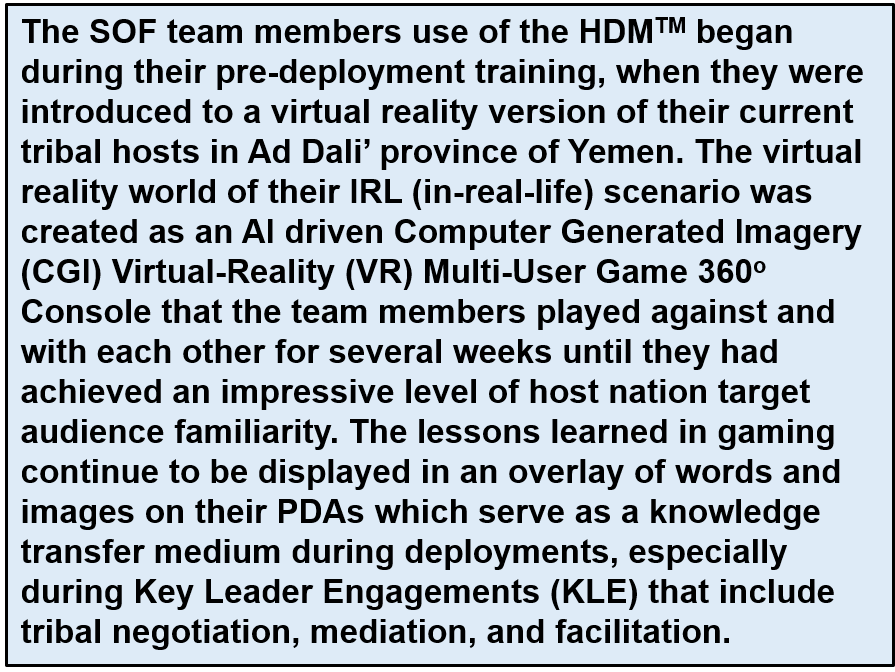 On the outskirts of the village, Captain MacDonald had linked up with the Sheikh’s oldest grandson, Nasser al-Hudaifi, a weary 28-year-old with the physical appearance of a seasoned fighter. His presence and connection to the Tribal leader of al-Dali’s largest ethnic tribe ensured his and the team’s safety. Cautiously, they moved through the town’s wreckage, careful to avoid any lingering Houthi spies until they reached the Sheikh’s ruined home.

As they approached, MacDonald noticed layers of tribal militia fighters who had taken up positions along the approaches to their destination. Their recognition of the Sheikh’s grandson caused immediate, but subtle, relaxation of their defensive posture. 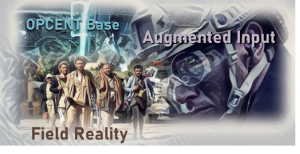 Their guide’s father, Mufarih al-Hudaifi, was the Sheikh’s eldest surviving son, and greeted them at the door. Mufarih led them to the darkened interior to meet his father — the tribal leader that they had traveled thousands of miles to engage. At each up-close engagement, multiple sensors worn by MacDonald and his men confirmed the identities of key players such as Nasser, Mufarih, and eventually, Sheikh Abdul Jaleel, all of whom had referential data in the Global Human Engagement Network (GHEN) cloud database. Their personally worn sensors leveraged facial recognition AI tools that were hosted on the HUMINT data servers back in their Advanced Operating Base, outside of Yemen. This enabled the team to ensure they were engaging with the right players and navigate a kaleidoscope of complex psycho-social and cultural landscapes with a broader view of the human geography.

The elderly Sheikh needed little reciprocal knowledge of MacDonald and his team’s identity. The Sheikh’s men had been shadowing MacDonald’s team since they first penetrated Ad Dali’s provincial boundaries the previous day. His time spent working with the British Army during their mandate over Southern Yemen gave him a sophisticated understanding of the western world, especially British accents and modes of appearance and non-verbal communication. MacDonald’s team sensory devices, in turn, provided them that same knowledge, but drawn instead from the HDMTM. 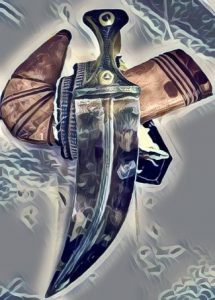 After greeting the elderly Sheikh, MacDonald gave him a token of esteem — a titanium-plated, gold-inlayed Jambiyah with the Sheikh’s family name and crest engraved on the razor-sharp blade and on its woven leather case. With watery eyes, the Sheikh acknowledged the gift and promised in turn, that he and his sons and grandsons would wet the blade with the blood of their enemies who had dishonored the tribe and their historical memory with Houthi savagery.

As MacDonald and his men seated themselves around the elderly Sheikh, his son Mufarih, and grandson Nasser, the team’s augmented reality VIS-GLASSES were transmitting every image and sound back to the HDMTM servers in control. At the same time, their glasses were constantly displaying names and facts about their hosts from their training with HDMTM. They had selected and constructed the Jambiyah gift based on HDMTM analysis of the three most emotionally important, culturally symbolic objects of masculine identity for Yemen tribal society: the possession of a family Jambiyah, control/ownership over family and tribal lands, and control/safeguarding of the female members of Yemeni society. 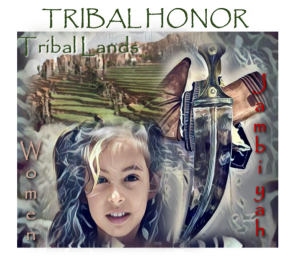 The team’s training and employment of HDMTM provided them with a visceral understanding of the power of Yemen tribal honor and the destructive consequences of public dishonor and shaming, especially at the hands of competing Yemeni tribes such as al-Houthi. Each of the team’s talking points and communication strategies had been developed to accentuate their psychological and emotional needs and deficits in accordance with the recommendations gleaned from the HDMTM. The result of the team’s preparation and employment of psychological warfare tools were evident in the verbal and non-verbal communication. As the elderly Sheikh recounted the savage attack on his home by al-Houthi militia, the team could see his grandson absently drawing his index finger down along his cheek-beard line. Immediately, MacDonald’s neural transponder alerted him with the term “Fi Wajhi”, a Yemen-Arabic dialect word for “by my face.” The teams’ devices had picked up a subconscious non-verbal communication signal from Nasser of increasing emotional affect. For Yemeni tribal males, this non-verbal communication signals that his honor is being trampled, questioned, or refuted, a psychological condition that ignites significant emotional affect commonly leading to violent outplays. 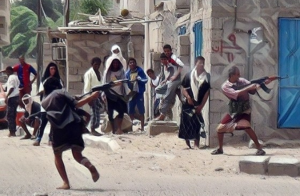 MacDonald’s link to the HDMTM quickly began to push engagement recommendations to engage the young man’s growing emotional anger in a way that focused his rage on their common enemy, the al-Houthi militias that had so recently dishonored them. MacDonald pivoted his body towards the grandson and exclaimed to the elderly Sheikh that Nasser had demonstrated great bravery and fortitude during their linkup, while helping the team avoid deadly al-Houthi snipers. Nasser’s eyes widened at the unexpected recognition and compliment from the foreigners sent to engage his grandfather. The elderly Sheikh turned to his grandson and blessed him, telling him that one day, he would lead the great avengement of his tribal honor, but for now, he must learn all that he can from their British cousins on how to fight guerrilla style.

While MacDonald’s cognitive mind was remembering issues to cover and agreements to propose, his HDMTM linked sensors were taking in the non-verbal subconscious and emotional communication of each member present in the engagement. The advanced technology reduced the cognitive burden on operators and significantly enhanced their understanding of the human domain, resulting in improved engagement. Social Science Interfaced Technology allowed for operators to predict and pre-emptively engage the key behavioural indicators of their hosts. 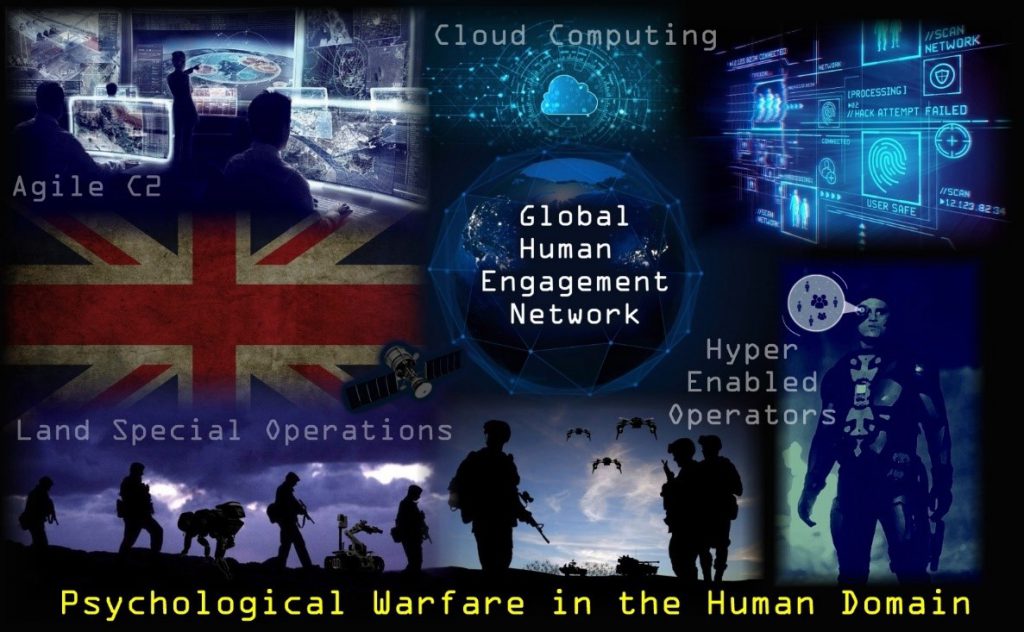 If you enjoyed this post, stay tuned for Part 3 on Emotional Warfare in the Balkans and check out the following:

– “I Know the Sound it Makes When It Lies” AI-Powered Tech to Improve Engagement in the Human Domain, by LTC Arnel P. David, LTC (Ret) Patrick James Christian, PhD, and Dr. Aleksandra Nesic

– Operationalizing the Science of the Human Domain, by Aleks Nesic and Arnel P. David 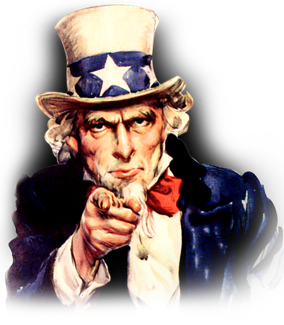 They are conducting a Command Post of the Future – 2040-2050 Writing Contest. Click here to learn more about suggested contest writing prompts, rules, prizes, and how to submit your entry — deadline is 1 March 2020…

… and don’t forget to also enter The Operational Environment in 2035 Mad Scientist Writing Contest — click here to learn more (note that our deadline is also 1 March 2020!)

Aleksandra Nesic, PhD is co-founder of Valka-Mir and Visiting Faculty for the Countering Violent Extremism and Countering Terrorism Fellowship Program at the Joint Special Operations University (JSOU), USSOCOM. She is also a Visiting Faculty, US Army JFK Special Warfare Center and School, and a Senior Researcher of Complex Communal Conflicts at Valka-Mir Human Security, LLC.

Disclaimer: The views expressed in this blog post do not necessarily reflect those of the Department of Defense, Department of the Army, Army Futures Command (AFC), Training and Doctrine Command (TRADOC), the British Army or any government agency.