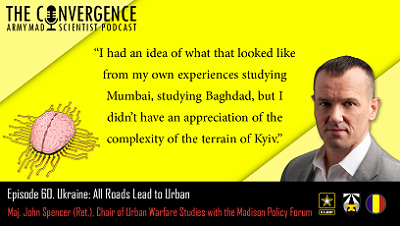 [Editor’s Note: Army Mad Scientist is pleased to present our latest episode of The Convergence podcast, featuring MAJ John Spencer (USA-Ret.), returning to discuss what has been learned about Large Scale Combat Operations (LSCO), urban conflict, and the changing character of warfare from the last four plus months of Russia’s “special military operation” in eastern Ukraine — Enjoy!] 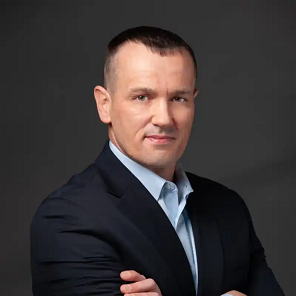 MAJ John Spencer (USA-Ret.) is the Chair of Urban Warfare Studies with the Madison Policy Forum. He served over twenty-five years in the U.S. Army as an infantry Soldier, with two combat tours in Iraq as both an Infantry Platoon Leader and Company Commander. He has also served as a Ranger Instructor with the Army’s Ranger School, a Joint Chief of Staff and Army Staff intern, fellow with the Chief of Staff of the Army’s Strategic Studies Group, and Strategic Planner and Deputy Director of the Modern War Institute, where he was instrumental in the design and formation of the institute.

In today’s interview, MAJ Spencer returns to discuss what we’ve learned about LSCO, urban conflict, and the changing character of warfare from the last four plus months of Russia’s “special military operation” in eastern Ukraine.  The following bullet points highlight key insights from our interview:

Stay tuned to the Mad Scientist Laboratory for our next episode of The Convergence — How Russia Fights, Part 2 — to be published in a fortnight on 21 July 2022.  To whet your appetite, read the highlights from Part 1 and listen to the associated podcast.

If you enjoyed today’s post, check out our previous post and podcast with MAJ Spencer — War in Ukraine: The Urban Fight is Happening Now and the associated podcast

Waterworld: How Ukraine Flooded Three Rivers to Help Save Kyiv, by John Spencer and Liam Collins, published by our colleagues at Modern War Institute

Through Soldiers’ Eyes: The Future of Ground Combat, and associated podcast

Other People’s Wars: The US Military and the Challenge of Learning from Foreign Conflicts and associated podcast, with Dr. Brent L. Sterling

How will the RUS-UKR Conflict Impact Russia’s Military Modernization? by Dr. Jacob Barton