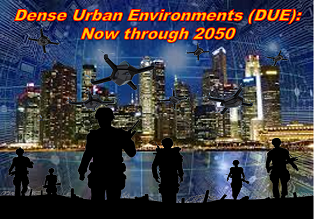 [Editor’s Note:  Today’s post was initially conceived to set the stage for our National Security Innovation Network (NSIN) partner’s hackathon this past Spring, exploring solutions to challenges our Soldiers face in operating in the Dense Urban space.  Humans continue to migrate into cities, which now contain almost two-thirds of the world’s population. 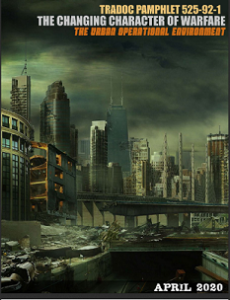 Indeed, the Army Vision calls on Soldiers to “Focus training on high intensity conflict, with emphasis on operating in dense urban terrain, electronically degraded environments, and under constant surveillance.”  Read on to learn more about the challenges (and opportunities) facing the U.S. Army in conducting operations in DUE in the coming decades!]

Half of the world’s population moved to urban areas in the last 10 to 15 years and estimates project 60 percent of the planet’s population will be living in urban areas within the next decade and a half. Over half of the politically significant urban areas lie within 100 kilometers of a coast, a situation of notable consequence given the coincidence of coastal areas’ vulnerability to powerful storms, likelihood of being in an earthquake zone (many are located along the Pacific rim), and projected estimates of sea level rise during this century. This presents a series of challenges and opportunities for the Army, now and in the future.

Wherever the people are, the Army will operate, and the next great conflict may be in an urban environment. While a megacity is often defined as a city with 10 million inhabitants or more, this can be misleading. Ten million

inhabitants in a city that sprawls over a vast area presents different challenges than a city with the same population but geographically confined. That second city may rely more on taller buildings and have more cars, people, roads, subterranean features, and infrastructure — all packed more densely than the first city. Regardless of size, sensors will be blinded with noise — visual, auditory, cyber-electromagnetic activities (CEMA), and otherwise — robbing commanders of the situational awareness necessary to make informed decisions. Add to this the frequent line-of-sight interruptions and difficulty of distinguishing between noncombatants and enemy forces and an already difficult situation gets worse. These challenges go beyond the scope of conventional kinetic operations and include other Army missions like humanitarian assistance and disaster relief (HADR), pandemic response, and counterterrorism — both domestically and internationally.

Operations in DUE have an added dimension of complexity, as more often than not, they will be conducted in concert with local law enforcement and first responders. These existing systems and organizations are already in place, with an inherent understanding of the infrastructure and crucial emergency services. Commanders will have to do more than just leverage their knowledge, skills, and expertise. They will have to quickly establish an understanding of the environment and transfer that knowledge to their operational units.  Local first responders and emergency personnel will be vital in supporting breaching, searching, and clearing the dense elevated, surface, and subsurface urban landscape, and other complex tasks.

The information space within DUE is extremely congested and will increase as the internet of things (IoT) becomes more pervasive. Consequently, forces operating in DUE will have to move, shoot, and communicate amongst an 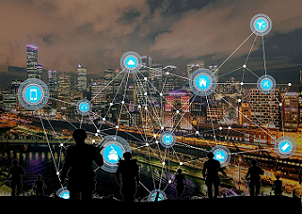 internet of battlefield things (IoBT) that includes friendly, adversarial, and civilian entities – platforms, sensors, emitters, and all other connected devices. This creates a digital and information “fog of war.” However, there is also an opportunity to exploit adversarial and civilian components of the IoBT to gain a better situational understanding. Cities are, and will be, flooded with millions of agnostic civilian intelligence, surveillance, and reconnaissance (ISR) assets that an operating force can tap into and exploit. Cell phones, smart security systems, networked cameras, social media, and a plethora of other sensors are all capturing relevant information that can be used in a military operation. So too, databases with valuable information will be available to those who can access them. 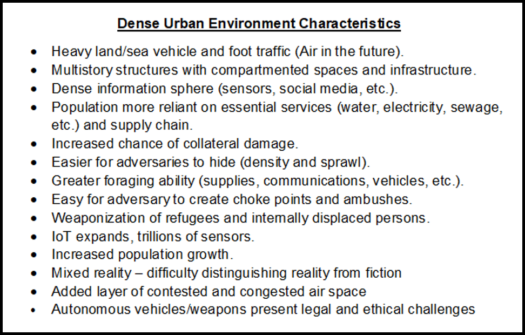 In the future, military operations in DUE will face even more difficult challenges. Population growth is expected to continue as a larger percentage of the planet migrates to cities. With that will come more and taller buildings, an increase in vehicular traffic, and an increase in connected devices – the last potentially numbering in the trillions. Smart cities will be the norm. Autonomous vehicles will flood the streets. Army forces could use those as an opportunity to gain access and control traffic flow during an operation or an adversary could surreptitiously create a swarm of vehicles that overpowers and overwhelms friendly forces. Both instances will bring about challenges and authorities in ethics and law. Unmanned aerial systems will be prolific. 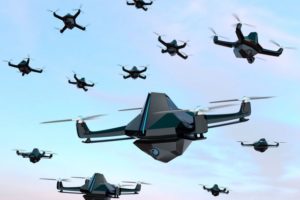 Drones will contest and congest the already volatile airspace, further clouding sensors and surveillance systems. The potential for nations to fracture, censor, or remove themselves from the global internet will further complicate ISR and open source collection.

The fog of war and challenges presented by conflict will tend to be exacerbated by DUE. The density of features means that each bomb, bullet, and missile carries with it the potential for collateral damage, thereby 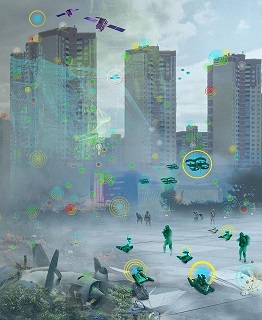 exacerbating hostility or, at the very least, diminishing support from the civilian populace. Fortunately, there are opportunities among those buildings and populations. They are information-rich surroundings not only in terms of sensors and databases – every urban resident is a potential source of information. Cities are also wealthy in other potential resources:  building supplies; means of communication; civilian vehicles; and those aforementioned members of police, fire, and other authorities who will have intimate knowledge of their environments. Innovation, decentralized decision-making guided by clear missions and intents, and superior situational awareness are among those capabilities that will allow us to meet the challenges and seize available opportunities.

Current and Future Operations in Megacities Conference: Observations and Recommendations, convened on 16-18 July 2019 in Tokyo, Japan, as well as this conference’s complete Proceedings and select speakers’ slide presentations, presenter biographies, and conference agenda.

For additional insights regarding combat in urban terrain, please also listen to the following podcasts, hosted by our colleagues at Modern War Institute: