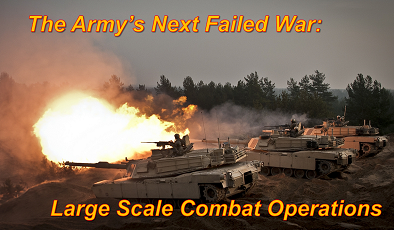 [Editor’s Note:  Army Mad Scientist’s enduring mission is to explore the Operational Environment (OE) and the changing character of warfare on behalf of the Army.  One of the tools we use — crowdsourcing — engages our extensive community of action to help broaden the Army’s horizons and explore future possibilities; discerning the impacts emergent technologies and trends will have on the OE and the future of combat; and harnessing a divergence of opinion as a check against group think and mirror imaging. 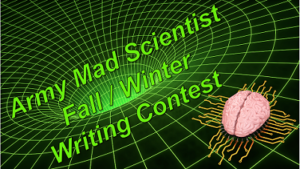 regarding the OE and explore where the Army could be wrong about our vision of the future of competition and conflict.  Given the on-going Large Scale Combat Operations (LSCO) in Ukraine, and the emergent lessons we (and our adversaries!) are learning from it, MAJ Joyce’s winning submission is most timely.  One month on, surely the Russian General Staff wishes it could turn back the clock to implement his sage advice and conduct “multiple [wargame] iterations… [to] validate/ invalidate LSCO as a strategy,” using a “red team free of [Russian] military biases and the [Russian] way of war”!  Be sure to check out the link to MAJ Joyce’s illustrative twitter thread at the end of this post — Enjoy!]

Where the Army is wrong about the vision of future competition and conflict.

The U.S. Army has adopted Large Scale Combat Operations (LSCO) as the method of warfare to combat our adversaries, specifically China and Russia, both of whom have robust offensive and defensive capabilities across all spectrums of warfare. 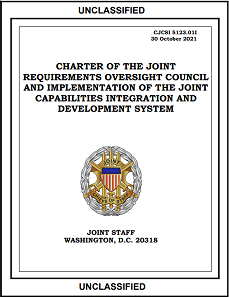 The Army’s focus on LSCO is driving the Joint Capability Integration and Development System (JCIDS) to produce technology and capabilities that are inefficient and ineffective against these peer adversaries by ignoring issues created by massing friendly forces on the battlefield.

The Army is pivoting to the Division as the unit of action at the same time it is attempting to defeat an adversary that has nuclear and hypersonic weapons capable of destroying massed forces within a kill zone of over 1,750 miles (the range of some hypersonic weapons).

It is unlikely a Division can survive long enough to make it to the enemy forward line of troops, and if it did, it likely means the U.S. has obtained an extreme advantage by surpassing the enemy’s air, sea, and long range fires capabilities.  However, LSCO

still remains a viable means of warfare against adversaries that cannot deter massing of forces and U.S. projection of power from CONUS to the battlefield.

War with China or Russia will not come as a surprise. The U.S. requires a lengthy public and political process of authorizing the use of force and mobilization of forces required to execute LSCO against China or Russia.  Both of these adversaries are going to be aware and ready for U.S. military actions against them. They can immediately begin using cyber-attacks to degrade the U.S. military’s ability to mobilize and deploy forces from the U.S. to overseas Air and Sea Ports 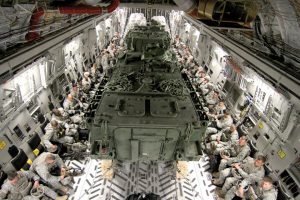 of Debarkation (APODs/ SPODs).  The logistical burden to mobilize, deploy, and mass forces required for LSCO is enormous, and the logistical networks upon which our operational forces rely are vulnerable to both cyber and conventional attacks by our adversaries. 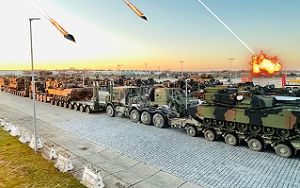 U.S. forces without being destroyed at an APOD or SPOD.  Due to the U.S. political process, massing forces at an overseas APOD/SPOD and Army Prepositioned Stock (APS) sites provide targets for attack.

The U.S. Army should fund the development and execution of a LSCO wargame depicting a conflict between the U.S. and peer adversaries covering the phases of mobilization, deployment, and massing of forces at the Forward Line of Troops to initial contact with the enemy.  Additionally, the wargame 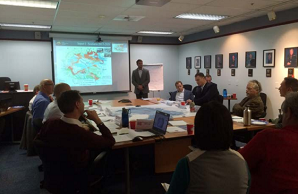 should have two sides, a U.S. side played by U.S. officers and a red team representing adversaries played by non-American Chinese or Russian military experts or military officers from nations with a cultural understanding of our enemies — such as military officers/experts from the Republic of Korea, Japan, or NATO allies. It is crucial that the red team is free of American military biases and the U.S. way of war.  Multiple iterations of this wargame will validate/invalidate LSCO as a strategy or lead to strategic innovation for future wars with near-peer adversaries.

… explore the following related content about our adversaries — China and Russia — and how they engage in competition, crisis, and conflict:

China and Russia: Achieving Decision Dominance and Information Advantage by Ian Sullivan, along with the comprehensive paper from which it was excerpted

“No Option is Excluded” — Using Wargaming to Envision a Chinese Assault on Taiwan and Would You Like to Play a Game? Wargaming as a Learning Experience and Key Assumptions Check, by Ian Sullivan

… and review these complementary divergent posts regarding LSCO:

Weighing Effort in the Future Strategic Environment 2028-2035 and In Medias Res, by MAJ James P. Micciche and CW3 Nick Rife

Are We Ready for the Post-digital Hyper-war? by Capt Martin Crilly, British Army

About the Author:  MAJ Anthony Joyce is a U.S. Army Strategist (FA59) currently assigned to the Combined Arms Center as a Military Analyst. When taking a break from considering the impacts of nuclear weapons in warfare, Anthony is a best-selling Dungeons & Dragons game designer who enjoys going on adventures with his wife and three young boys.