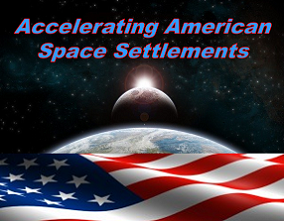 [Editor’s Note: Mad Scientist Laboratory welcomes returning guest blogger Dr. Lydia Kostopoulos with today’s post calling for discussions between America’s two leading space-faring companies, SpaceX and Blue Origins, and the U.S. Space Force (USSF) to explore opportunities for collaboration to accelerate American space settlement initiatives.  The USSF was created as a “military service that organizes, trains, and equips space forces in order to protect U.S. and allied interests in space and to provide space capabilities to the Joint force.”  Dr. Kostopoulos’ recommendation echoes the actions of Twentieth Century NASA administrators, who successfully collaborated with the Nation’s leading aerospace corporations to beat the Soviet Union to the Moon. Read on to learn about this intriguing proposal for the creation of a Special Operations Force (SOF) Space Force Service component (SPACESOF), harnessed with two pinnacles of American entrepreneurship, to establish and protect American settlements in space!]

Two American companies are leading the world and our species in a bold endeavor to settle in space. With the creation of a Special Operations Force (SOF) Space Force Service component (SPACESOF), U.S. Space Force can help support and accelerate American space settlement initiatives, protect U.S. national security and commercial interests in space, and posture our species against extinction.

The velocity in which technology is advancing is at times difficult to comprehend and strategically hard to plan for. In fact, according to entrepreneur Peter Diamandis, we will experience more technological progress this decade than the past 100 years. 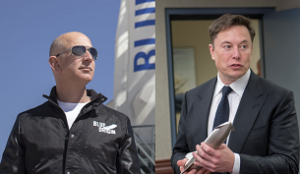 Space is no exception. Unlike the last century’s space race between two nations, the United States and the Soviet Union, the current space race is between two billionaires, Jeff Bezos and Elon Musk.

Both share Stephen Hawking’s concern that “With climate change, overdue asteroid strikes, epidemics and population growth, our own planet is increasingly precarious,” and both have made it their life’s priority to get humans into space. However, they differ in their approach.

Elon Musk founded SpaceX with the goal to make humans a multi-planetary species, starting with an initial settlement on Mars by 2030 and a fully functional city by 2050. A few days after the successful launch of SpaceX Falcon 9 rocket sent Crew Dragon astronauts into orbit on 30 May 2020, Elon Musk wrote a letter to SpaceX employees to tell them that Starship, the rocket that will take humans to Mars, is now the company’s top priority.

While Jeff Bezos also wants to send humans into space with his company Blue Origin, he doesn’t believe that planetary surface colonies are the best way for humans to expand into the Solar System, because other planets are inherently inhospitable to human life.

Instead, he favors Gerard O’Neill’s idea for manufactured worlds inside massive rotating toruses (called O’Neiil colonies). Unlike other planets, O’Neill colonies would be close to Earth and share near real-time communications with our home world. The Moon would be used as a launch pad to create these colonies, which is why Blue Origin is working on going to the Moon to build the foundational infrastructure. Bezos explains, “My mission with Blue Origin is to help build that heavy lifting infrastructure that future generations will be able to stand on top of the same way I stood on top of the U.S. Postal Service and so on.”

While other countries do send astronauts to space and there are companies pursuing space tourism, there are only 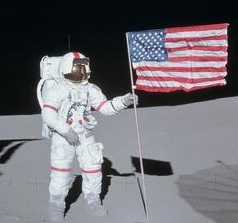 two companies in the world that are trying to create space colonies for human settlement. These two companies have the most funding for an endeavor of this sort, and no nation state in the world has a federal initiative to create a space colony for its citizens. SpaceX and Blue Origin do, and both of these companies are American.

This is an incredible opportunity for the newly formed United States Space Force (USSF) to open a dialogue with these two American companies to explore how USSF can assist and support their missions. Similarly, this is an important moment to discuss what SOF can do for the USSF to support American interests in space beyond low earth orbit. One vision for a SPACESOF is to accelerate America’s space settling future.

In President Kennedy’s 1962 Moon Speech, he spoke of his reasons to go to the Moon and said, “In short, our leadership in science and in industry, our hopes for peace and security, our obligations to ourselves as well as others, all require us to make this effort, to solve these mysteries, to solve them for the good of all men, and to become the world’s leading space-faring nation.”

Given what we know today about climate change, asteroids, and mass extinction events, it is not unreasonable to apply President Kennedy’s words for the 21st Century. Given that two American companies have come this far with such bold ambition for our entire species, USSF and USSOCOM should jointly reach out to start a conversation with SpaceX and Blue Origin to see how they can help them make us the world’s first space-settling nation – for the good of all human kind! 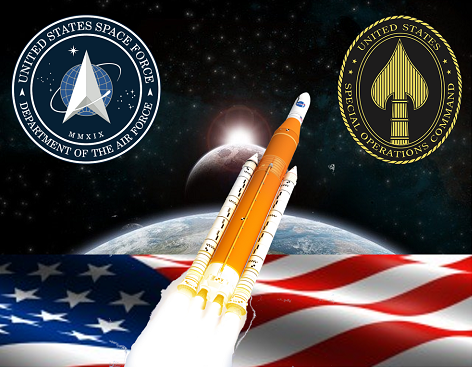 If you enjoyed this post, check out these related ones:

The Convergence: Beyond Space with Kara Cunzeman

Space 2035: A Surplus of Uncertainty and a Deficit of Trust, by Maj Rachel Reynolds

Table of Future Technologies: A 360 Degree View Based on Anticipated Availability, by Richard Buchter

The Technological Information Landscape: Realities on the Horizon, by Dr. Lydia Kostopoulos

… as well as the Dr. Moriba Jah on What Does the Future Hold for the US Military in Space? podcast hosted by our colleagues at Modern War Institute.

Dr. Lydia Kostopoulos is a Strategy and Innovation Advisor who loves to experiment and push the bounds of the possible. She is a Strategy and Innovation Advisor conducting forecasting work on technology and the future operating environment for the J5 at the U.S. Special Operations Command. She addressed the United Nations member states at the CCW GGE meeting on Lethal Autonomous Weapons Systems (LAWS) and participates in NATO Science for Peace projects. Check out her website at www.lkcyber.com and follow her on Twitter at www.twitter.com/lkcyber.