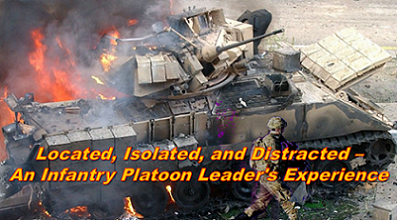 [Editor’s Note:  Mad Scientist launched our Information Warfare Vignettes Writing Contest to crowdsource our Community of Action’s innovative and insightful visions of Information Warfare and to complement what we learned during this Summer’s series of Weaponized Information Virtual Events. Mad Scientist has found storytelling — creative fictional writing and narrative building — to be a most effective tool for envisioning how emergent capabilities can be operationalized, both by us and our adversaries.  Today’s post, a semi-finalist in the aforementioned contest by COL Scott Shaw, U.S. Army, is no exception!  Our adversaries will continue to employ personalized warfare to target our Soldiers (and their families!) from home station installations (i.e., the Strategic Support Area) all the way forward to the Close Area fight.  Past Leaders have had to enforce strict noise and light discipline with their Soldiers — so too must today’s Leaders enforce strict cell phone discipline. As stated previously on this blog site, “Virtual Space is the decisive terrain and securing it is the decisive operation.” — Read on to learn COL Shaw’s cautionary tale below!] 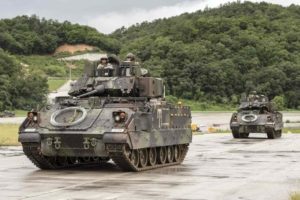 Gunner (CPL O’Quinn – Q), and Driver (PFC Perkins – P). SGT Kennedy is the dismounted team leader in the back of C21. SGT McKean is the PL’s wingman and is on her left. C21’s afternoon starts with the lieutenant talking on the intercom and asking CPL O’Quinn, “Hey Q, what are you doing?” 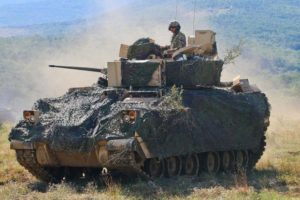 PL:  “Hey Q, eyes up. I was able to start my radio call but didn’t get through to the CO. I think we’re being jammed. P, tell SGT Kennedy and her guys eyes up too.”

G:  “Jammed? Here? In Lithuania? I thought the Lithuanians were on our side.” 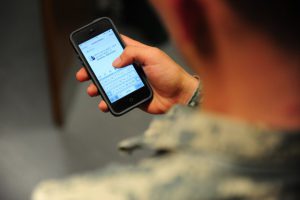 G:  “Ma’am – my Facebook keeps going off. Buzzing like crazy. My Twitter too. All kind of notifications.” Soldiers in the back of the Bradley can be heard saying the same thing.

PL:  “Put that phone down and scan! I got nothing on my sight, you?” 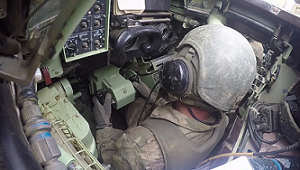 G:  “I’m working on it. Nothing on the left…dang phone is buzzing non-stop. Seems like it’s getting really hot too. Perkins, yours?” 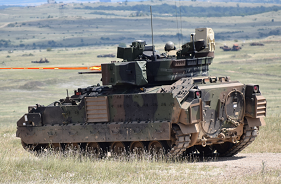 Post-engagement AAR:  During the post-incident AAR, the PL discovered the missile team that shot SGT McKean’s Bradley was inside C21’s sector of fire. The missile team geo-located 2nd Platoon’s American cell phones with locally procured Lithuanian sim cards, then pinpointed their location through social media geo-location trackers on recently uploaded photos and i 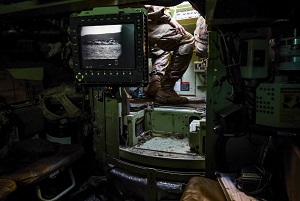 dentifying their Blue Force Trackers and military radios. The missile team used near real-time commercial space-based imagery to correlate signals to “see” the platoon’s disposition. Finally, the missile team then isolated 2nd Platoon using a small radio jammer, and, working in coordination with another team, sent messages to CPL O’Quinn’s Facebook and activated the apps on his and others’ cell phones causing them to overheat. Located, isolated, and distracted, C21 was all alone.

If you enjoyed this post, check out the following related ones:

Colonel Scott Shaw commands the U.S. Army Asymmetric Warfare Group. The above is a fictionalized version of a real event; then Second Lieutenant Shaw was the Bradley Commander on C21 (but in C Company, 1st Battalion, 9th Infantry, Camp Hovey, Korea) in 1997.