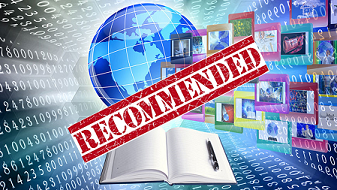 [Editor’s Note: Mad Scientist Laboratory is pleased to present our latest edition of “The Queue” – a monthly post listing the most compelling articles, books, podcasts, videos, and/or movies that the U.S. Army’s Mad Scientist Initiative has come across during the previous month. In this anthology, we address how each of these works either informs or challenges our understanding of the Operational Environment (OE). We hope that you will add “The Queue” to your essential reading, listening, or watching each month!

1. “The Russian Military Will Soon Assign Soldiers Based on Their ‘Genetic Passports’,” by Michael Peck, The National Interest, 12 November 2019.

Russia will begin using genetic testing to profile and assign its Soldiers’ occupations. Using their “genetic passports,” the project seeks “to find genetic predispositions among military personnel, which will allow them to be properly oriented according to military specialties,” according to Alexander Sergeyev, Chief, Russian Academy of Sciences. On the surface, this seems a natural and logical 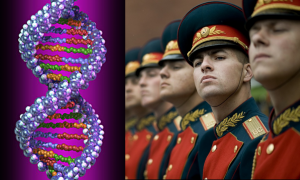 progression, given recent advances in human genetics. Since the rise of modern professional armies, nations have long sought to select and place recruits where they best fit military requirements (e.g., the tallest into elite Guards units; those with natural mechanical and mathematical aptitudes in mechanized, aviation, engineering, and artillery arms; those with extreme mental fortitude and physical endurance into special operations organizations). Per Sergeyev, “It is a question of understanding at the genetic level who is more prone to, for example, … service in the fleet, who may become a paratrooper or a tankman.” 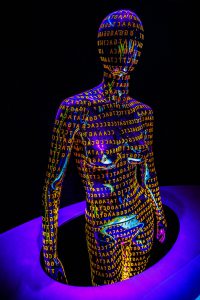 Yet in the hands of an authoritarian state, the implications for genetic profiling may have far more nefarious consequences, for both its citizens and ours. For ethnically diverse states, problematic minorities or dissident populations may find themselves vectored into units designated for initial combat operations – cannon fodder – under the guise of their “genetic fit.” It may also presage the development of personalized warfare agents, designed to target an enemies’ genome, while proving harmless to one’s own troops. This quest to be “the best of the best of the best” is just the latest manifestation of the changing character of warfare.

2. In Future Wars, the U.S. Military Will Have Nowhere to Hide, by Michael Beckley, Foreign Policy, 20 November 2019.

Michael Beckley argues that in the future the United States will not have the luxury of fighting its wars from safe havens. This change will undermine a particular American way of war that involves massive assaults from out of theater safe havens. This change is driven by new technologies that will enable near peer competitors like China and Russia to carry out precise and devastating attacks against U.S. bases and logistics nodes with new classes of hypersonic missiles and lethal drones.

Michael Beckley’s argument is compelling but does not take into account the complete challenge. Both Russian and China are transitioning to a hemispheric threat with a primary focus on challenging the U.S. Army all the way from its home station installations (i.e., the Strategic Support Area) to the Close Area fight. The U.S. can expect cyber-attacks against critical infrastructure, the use of advanced information warfare 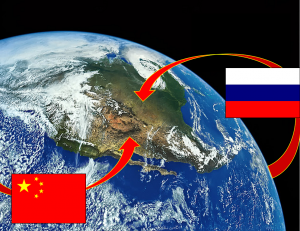 such as deep fakes targeting units and families, and the possibility of small scale kinetic attacks during what were once uncontested administrative actions of deployment. In all of these examples, there is no institutional memory for this hemispheric threat and adding time and required speed for deployment is not enough to build future readiness.

Additionally, the examples provided by Michael Beckley do not recognize the availability of these capabilities to regional powers and non-state actors. Several

non-state actors have demonstrated the capability to deliver “poor man’s precision fires” using drones with saturation tactics and way point navigation against static targets like airfields and infrastructure. Also, democratization of weaponized information empowers regional hegemons and non-state actors, enabling them to target the U.S. and our allies and achieve effects at a fraction of the cost of conventional weapons, without risking armed conflict.

The character of warfare is rapidly changing and it will impact the traditional American way of war. The means to attack vulnerable logistics and basing will be available to a wide range of adversaries. The realities of this threat should immediately influence U.S. Army concepts like Multi-Domain Operations, its doctrine, and all training associated with deployment activities and unit and family resilience.

Boston-based cybersecurity firm Cybereason hosted a 2020 national election simulation that saw their “Red Team” face off against the U.S. Secret Service, FBI, DHS, and the Arlington, Virginia, Police Department. Their mission was to undermine the election without interfering with any of the actual election equipment. In the end, there were 32 deaths and 200 wounded (all simulated). The Blue Team chose to cancel the election and declare martial law. The Red Team took full advantage of an arsenal of cyber tools including deepfakes, controlling news websites and twitter accounts (Fox News and CNN), hacking elected officials’ social media accounts to spread misinformation, and remotely controlling autonomous vehicles and stoplights. The attack was too much for the 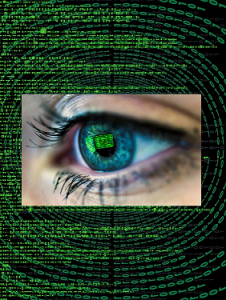 authorities to handle. What’s more concerning is that, while this was a simulation, all of the capabilities and technologies used are widely available to everyone from state actors to terrorist organizations to private citizens. The Army won’t have to provide security for domestic elections, but it will face all of these threats in an OE that will be defined by weaponized information. As units prepare to deploy during periods of heightened tensions, our adversaries will employ this capability to target key personnel (and their dependents), distracting our troops from their deployment preparations and disrupting unit cohesion. Spurious videos could further sow division with our coalition partners causing them to hesitate, question, and withhold their military support. This simulation shows the overwhelming effect of these attacks, the ease of accessibility, and the speed of information warfare. How can the Army prepare for these types of non-kinetic attacks? How can we determine fact from fiction? What additional training paradigms are necessary to prepare Soldiers for this environment?

Tech giant Apple is aiming to release a number of augmented reality (AR) and virtual reality (VR) devices over the next three to four years. It will begin with an iPad geared more towards AR leading to a combined VR/AR headset for gaming, videos, and virtual meetings, culminating in less obstructive AR glasses that will provide information fed from a user’s iPhone, Apple watch, or similar device. 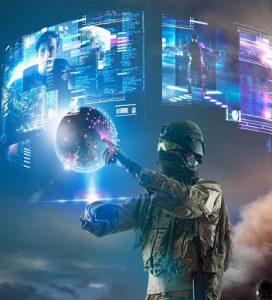 This last technology, non-obstructive AR glasses, is potentially the most impactful on the operational environment and the future of warfare. AR glasses that “wear” similar to normal glasses or sunglasses may lead users away from being “tethered” to mobile devices they have to carry and shift to strictly wearables. Such devices have been conceived of in works of fiction like Spiderman: Far From Home and Black Mirror.

While AR has been envisioned for some time in science fiction, its mass adoption – over half the U.S. mobile market share belongs to Apple – would dramatically change how content is presented, how humans interact with each other and their surroundings, and if immersive enough, what is “reality.” Additionally, the Army, and larger DoD, will have to grapple with how to integrate this technology into training, operations, and even leadership practices, while defending its exploitation as a new threat vector for weaponized information.

5. “The Weirdness Is Coming A glimpse of the near future as seen through the recent past,” by the editors, with additional reporting by Brock Colyar, Gabriel Debenedetti, Jane Drinkard, Bridget Read, and Matt Stieb, New York Magazine Intelligencer, The Future Issue, 13 November 2019. 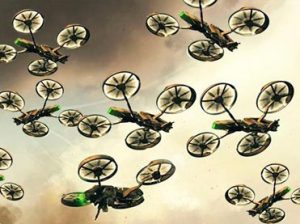 This article is a collection of news stories (rather than analyses) spanning 2019 that signal the emergence of future trends. All-inclusive social-credit scores blanketing Xi Jinping’s China, antibiotic-resistant superbugs cropping up in India before spreading as far as the Arctic, UAVs used in assassinations and infrastructure attacks, and advertisers knowing more about us than our own doctors.

As we advance in The Era of Accelerated Human Progress (now through 2035), the United States could face a true strategic competitor. These fast moving changes reflect the pace of human progress and its impact on the OE. This challenge is compounded by our reliance on coalition warfare with allies and partners who might not be able or willing to modernize at the same pace as the U.S., while our competitors might modernize at a faster pace than us.  Advances in biotechnology and health will see major advances; yet competitors may not adopt the same legal regulations or ethics for enhancement as the U.S., resulting in asymmetry between us and those choosing to operate below our defined legal and ethical thresholds. Passive sensing, 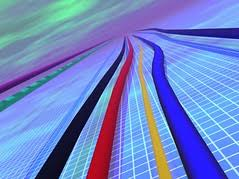 especially when combined with artificial intelligence and big-data techniques, may routinely outperform active sensors, leading to a counter-reconnaissance fight between autonomous sensors and countermeasures – “a robot-on-robot affair.” As the world becomes ever more digitized, states will share their strategic environments with networked societies. The articles mirror trends that the Mad Scientist Laboratory has been forecasting (i.e., robotics, quantum computing, space, and other disruptive technologies) through 2050.

If you read, watch, or listen to something this month that you think has the potential to inform or challenge our understanding of the Operational Environment, please forward it (along with a brief description of why its potential ramifications are noteworthy to the greater Mad Scientist Community of Action) to our attention at: usarmy.jble.tradoc.mbx.army-mad-scientist@mail.mil  — we may select it for inclusion in our next edition of “The Queue”!