[Editor’s Note: Mad Scientist Laboratory is pleased to publish the first of a series of posts from guest blogger Lt Col David Calder, providing a cogent rationale on why science fiction is not only relevant, but essential reading for military professionals. Enjoy!]

This post belongs to a short series of articles examining science fiction’s value to the military. Following the formula common to most trilogies, where the opener focuses on world-building and introducing concepts, and primarily asks ‘why bother?’  Why should time-poor professionals read or watch science fiction when they could arguably learn more relevant lessons from political opinion pieces, cutting edge academic research, or clear-sighted analyses from the world’s numerous outstanding think-tanks? The answer lies in science fiction’s hidden codes.

Science fiction is experiencing a renaissance. During the first decade of the 21st Century, the prevailing perception of science fiction was of an outmoded genre characterised by swashbuckling space opera, corny rubber aliens, and unfavourable social stereotypes. Today could not be more different. Thanks, in part, to the growth of online streaming services, contemporary science fiction mass media is delighting new and traditional audiences alike. Science fiction literature also is selling well with unit sales doubling between 2010-2017.1 Readers continue to be immersed in and exposed to ground-breaking, complex, and beautifully rendered ideas set amongst a dizzying range of fantastic settings. Science fiction is increasingly shrugging off traditional (and unfair) perceptions of its fandom as an increasingly diverse and global authorship resonates with an ever broadening audience.

Science fiction is not short of Evangelists at the moment. Across the Anglophone defence community, it is touted as a tradition which can complement our professional studies, expand our horizons, and help us see the world in a kinder more hopeful way. Major General Ryan, Commander of the Australian Defence College, puts science fiction front and centre in his training programmes and champions it as a medium for broadening perspectives and thinking about the character and nature of future warfare.2 In the U.S., the Army uses it’s Mad Scientist Laboratory as a lightning-rod for science fiction writers to explore ideas about how we might fight in the future and use existing (and future technologies) inventively, drive military research, and foster short-term innovation. 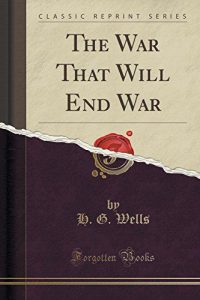 In today’s uncertain world, science fiction allows us to indulge both our hopes and fears. Utopian visions, like those created by H.G. Wells in The War that Will End War, address futures and societies where humanity’s petty differences and self-destructive nature are overcome. Conversely, our fears about such characteristics expose humanity’s shortcomings or highlight some indomitable aspect of the human condition through dystopian imaginings like those in Cormac McCarthy’s The Road and Max Brook‘s zombie masterpiece, World War Z. While science fiction is often set in the future, it is rarely about the future, instead rooted in our present and past. Kim Stanley Robinson, one of modern science fiction’s heavyweights, sees the genre as being made in history and judged by history. Others see it as inherently social: being of society; about society and a literature of ideas.3 While this is adds academic credibility to the genre, herein lies the danger in submitting blindly to its supposed prophetic power. While its apparent prescience can provide tantalisingly clear insights of the future, warn us of the consequences of political inaction, and inspire engineers to place imagined technology into our hands; its social value must also be taken into account. As social documents and images, works of science fiction carry hidden codes which extrapolate our biases and communicate the political interpretations of societies from which they are written within. A cursory look at how science fiction imagery is negatively used to further the arguments of those opposed to the development of autonomous weapons demonstrates how such biases can be perpetuated for political gain.4

It is therefore the combination of vision, context, and political interpretation which ascribes science fiction its utility to aid critical thinking. Science fiction can (and must) be read for fun and escapism – this is what draws many readers and fans to the genre and sustains its creative potential. That said, its hidden codes also allow us to question, critique, and better understand the world around us. 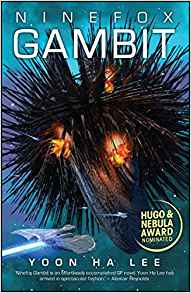 As a form of entertainment, it also serves to introduce concepts which challenge our experience and perspectives in an accessible way. Exposure to such ideas can easily become a start point for more extensive exploration of the underlying concepts. From personal experience, a recent reading of Yoon Han Lee’s Ninefox Gambit – a mind-bending space opera set in a universe based on an alternate mathematical system – has initiated a discrete research project looking at how games can be used to manipulate adversarial actors.

Science fiction’s fantastic settings can highlight reality strangely to serve more deliberate purposes. Often when the context of an estrangement is revealed, the illusion comes crashing down to reveal spear-sharp observations on aspects of society. In turn, this can encourage audiences to move from being merely an observer to actively engage with the discourse. In Anne Charnock’s award-winning The Enclave, her visions of modern slavery in a future Britain bear a shocking resemblance to the experiences of those caught up in the 2015/16 migrant crisis. Arguably her aims are not documentary, but overtly activistic.

So what does this mean for the military reader? The first point is obvious: Clausewitz tells us militaries never operate in isolation but rather in constant tension with politics and the polity. Achieving a better, more nuanced understanding of this three-way relationship can only be a good thing. Exposing the underlying shortcomings of particular political and popular perspectives allow military commanders to more deftly undertake military activity to achieve political aims.

Where this is true for appraising one’s own society, the same argument can be made for understanding the sociocultural behaviours of those states with whom we may be in competition, confrontation, and conflict. Appreciating the alternative views and value-systems of others can potentially provide both military advantage and the understanding which might promote de-escalation or the avoidance of actual violence. China’s rich science fiction tradition, for example, might provide a vector to de-mystify the perspectival dissonance that exists between today’s global hegemon and the Middle Kingdom.

Secondly, today’s military planners and strategic thinkers cannot afford to see the world, or problems, in prima facie terms. The lack of rigorous strategic thought and post conflict planning are key themes which encapsulate the criticism of the interventionalist doctrine which has dominated US/UK foreign policy for the last two decades.5 Science fiction is clearly not a panacea for shortcomings in strategic thinking, but it does encourage critical engagement and inward reflection. In making the normal strange, it can cause us to reductively think about and objectively assess our own decision making from first principles.6

Lastly, science fiction is a powerful sandbox for exploring ideas. There is a long tradition of this being used to help understand the impact of future technology within the genre, but this can also be replicated for social and political concepts too. From Iain M. Bank’s depiction of an expanding hegemonic alliance in his Culture series or the portrayal of unipolar/multipolar power transitions in James A. Corey’s Expanse novels, science fiction is replete with narratives which mirror the power dynamics of contemporary international relations and politics more broadly.7 Such texts fuse lessons from history, the impacts of emerging technologies and social norms, and allow us to explore areas of nuance which can expose powerful insights and discourses about the nature of power, asymmetry, and sovereignty.

In future posts, we will look at science fiction’s relationship with technology and what this means for the military. Here we will see how human agency and inspiration are not predicting the future, but are in fact shaping it.

– Read our compendium of the best 23 stories received from our previous Mad Scientist Science Fiction Writing Contest in 2017 at Science Fiction: Visioning the Future of Warfare 2030-2050.

– Influence how the U.S. Army prepares for future combat with a near-peer competitor in 2030! You only have 5 days left to enter your insightful short story(ies) for consideration in the Mad Scientist Science Fiction Writing Contest 2019.  Click here for more information about the contest and how to send in your submissions for consideration by our       1 April 2019 deadline!

5 The Chilcott Team. The Good Operation: A handbook for those involved in operational policy and its implementation. Ministry of Defence: HMSO, 2018.

7 Barry Buzan. “America in Space: The International Relations of Star Trek and Battlestar Galactica.” Millennium: Journal of International Studies 39, no. 1 (2010): 175-180.